Cinema screenings fail to create a new audience for opera

Live broadcasts are attracting a dedicated older audience who value affordability and accessibility, a new survey has found. 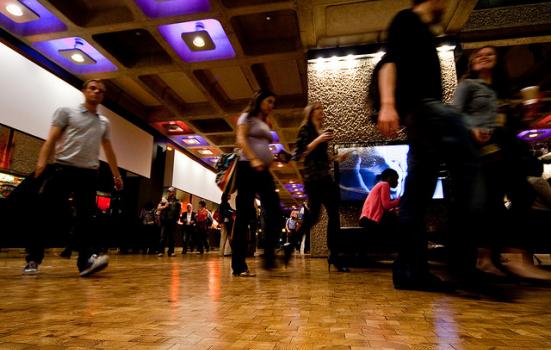 The majority of participants were drawn from visitors to the Barbican, a partner in the study
Photo:

Around 85% of those attending cinema screenings of opera do not feel more compelled to see the art form live afterwards, according to a new survey. Although existing opera audiences do highly value the opportunity to see productions that may be otherwise geographically or financially out of reach, and enjoy a sense of shared experience that is similar to live events. The research has led English Touring Opera’s (ETO) General Director James Conway to say that speculation that cinema screenings could create a new audience for live performances of opera may have been “wishful thinking”.

Funded by Creativeworks London, the survey was conducted by ETO and the Guildhall School of Music & Drama, who surveyed 234 attenders at 13 cinemas. The majority of participants (46%) were drawn from visitors to the Barbican, which was a partner in the study, but the research did include four cinemas outside London, accounting for 6% of those surveyed. The audience for cinema screenings of opera was found to be “slightly older than that typically found at live opera”, with around 80% of attenders over 60 years old, and less than 10% under 50. The findings paint a picture of a dedicated audience, with 40% of attenders at cinema broadcasts reporting having seen more than 10 screenings in the past two years. However the report concludes “there is not an overall trade-off of theatre against cinema”, as frequent cinema goers are also likely to be attending live opera. Just 14% report no opera attendance in theatres in the last two years.

Attenders cite “value for money” and “accessibility of the venue” as the most important factors in their decision to see opera at the cinema, although the report found no correlation between the value placed on these factors and frequency of cinema visits. However, the research did find that the more people value affordability and accessibility, the less often they are likely to attend live opera performances. Since some respondents to the survey rarely or never attend live opera performances, the report concludes that their assessment of the live experience may be uninformed and an opportunity exists “to replace judgements based on little information with targeted messages”.

Conway said: “A lot has been speculated about the potential for cinema relays to create new audiences for live opera. I would love that to be the case but, as this research indicates, it may be wishful thinking. What is sure is that access to digital opera performance has changed quickly, and producers of opera will need to respond with some intelligence to an environment that has not transformed, but has certainly shifted.”