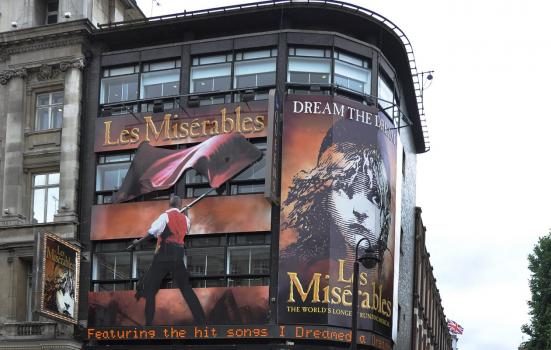 Theatres are calling on the Government to increase financial support amidst a new wave of performance cancellations.

Over the weekend, 22 of 46 Society of London Theatre members cancelled performances due to rising Covid case numbers. Performances in Edinburgh, Manchester, Leeds and Newcastle were also axed due to positive cases found among cast and crews.

West End musicals The Book of Mormon, Dear Evan Hansen, Come From Away and the Curious Case of the Dog in the Night-Time have all been suspended until after Christmas.

READ MORE: 'Catastrophic' collapse in attendance under Plan B

The festive season is usually when theatres would make most of their money, according to UK Theatre President Stephanie Sirr .

"It's when you can guarantee you're going to have a certain level of income, so it is concerning when your main earning period is under threat."

The Government must “act now” and offer theatre's support and compensation, according to Trafalgar Entertainment’s Joint CEO Rosemary Squires.

Alongside industry colleagues, Trafalgar Entertainment is appealing for an immediate return to 5% VAT on ticket sales, business rates relief on cultural buildings, the reintroduction of furlough and job retention schemes and a widening of the eligibility criteria to the Culture Recovery Fund.

Government ministers are yet to decide if another lockdown, or another temporary ban on indoor performances, will be imposed in light of rising Omicron cases.

Squires says the impact of such restrictions without appropriate financial support would be “disastrous”.

“The economic impact would be huge. We cannot be left in such a critical state. Theatre is a refuge and a joy in times like these – we need to protect it.”