Arts organisations across England are sharing a £6.5m Arts Council England fund that would have been returned to the DCMS if not spent by the end of the financial year. 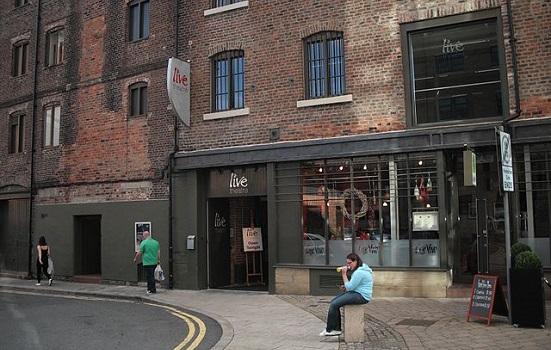 Live Theatre in Newcastle receives £2m to acquire a new site and for building development.
Photo:

Twelve organisations around England will benefit from support for their capital projects, thanks to a £6.5m underspend in Arts Council England’s (ACE) capital funding budget. More than £5.4m is going to projects outside London, including awards of £2m to Live Theatre in Newcastle to acquire a new site and for building development; £500k to Tate St Ives for extended gallery facilities; and £100k to Forest Arts Walsall to buy capital assets.

The underspend has arisen due to the capital needs of arts organisations, which have been included in their funding agreements, falling short of projections. DCMS restrictions mean that ACE can only use its capital budget to buy capital or financial assets, stocks, or to repay debt. Any money not spent by the end of the financial year has to be returned to the DCMS. This year the cash has been specifically earmarked for capital projects that are on site or about to go on site; projects for which there has been an unbudgeted increase in net cost; and activity, such as building work or purchase of assets, that can be paid for before the end of the financial year. ACE’s Area Councils have been responsible for judging the projects in their areas against ACE’s strategic objectives.

Over the previous two years, the underspend totalled around £10m, all of which, AP discovered, was allocated to five major London-based projects to improve their balance sheets. £3m went to the Southbank Centre to pay off a debt accrued on a previous capital project, and £3m to the National Theatre to cover increased costs on its capital project. It has this month been revealed that a further £1.5m grant, details of which were withheld at the time under Freedom of Information rules, went to the Serpentine Gallery.

EXCLUSIVE: ACE pays off debts for the select few