Serota and Henley told MPs they could not have handled the emergency funding response any better, failing to acknowledge the lack of support for freelancers. 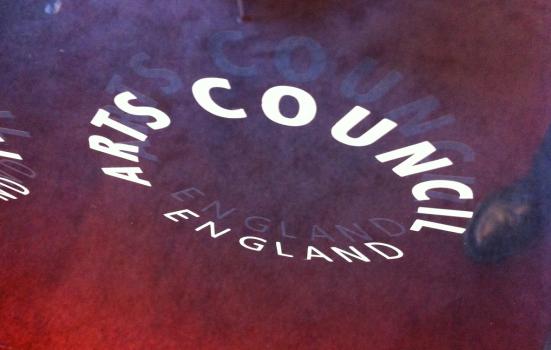 An upcoming CRF round will not include freelancers, ACE has indicated
Photo:

Arts Council England (ACE) has defended its delivery of the Culture Recovery Fund to MPs, saying it did the best it could with the information and resources it had.

Chair Sir Nicholas Serota and Chief Executive Darren Henley were called to answer questions from the DCMS Select Committee on Tuesday (April 20) after a National Audit Office report found hundreds of millions of pounds in emergency funding is yet to reach grantees. ACE and DCMS will also face a separate inquiry from the Public Accounts Committee, due to begin next week.

Stating that no cultural business had failed due to the timing of grants, Henley said he believed predictions that 25% of the sector will be lost were no longer accurate: "I'm hopeful that that number in terms of losses will end up being a lot less."

Serota said its initial £160m emergency funding package was announced on March 23 - just one week after the country went into lockdown.

"I think in the initial response we could not have done more than we did, frankly. By the time we came, with Government, to create the Culture Recovery Fund, the picture was clearer."

Henley said ACE managed to strike the right balance between "the needs of the sector and propriety around dispersing public funds".

"With the benefit of hindsight we now know this pandemic has gone on for a long time... but at the time we were really dealing with something new. We were trying to make organisations stay solvent for as long as possible."

Still trying to trickle down

Despite ACE recently acknowledging that trickle down funding has failed to support freelancers during the pandemic, it says a third £300m funding round will follow the same model.

DCMS required the Culture Recovery Fund to be granted to organisations even though ACE and other arm's-length bodies advised the department that "a broad range of people and organisations should be able to be in receipt of the money," Henley said.

He said DCMS has estimated the fund "affected" up to 52,000 freelancers and protected 75,000 cultural sector jobs.

"I realise it's data and people can challenge that but it feels to me that there's a lot there that's come out as positive things [from] this investment. It will benefit, it will save jobs."

Research has shown a loss of more than 55,000 arts jobs since lockdown, with marginalised groups - women, young people, disabled people, people of colour and the lowly educated - being the most affected.

ACE has increased resources for its programme Developing Your Creative Practice and "I suspect we will continue to find new funds that will open [to] freelancers," Henley said.

"I think that's the right direction to go."

Asked whether the future of the cultural industries was on screen, the ACE bosses expressed interest in "broadening out" digital delivery models.

Henley said digital represented value for money to the funder in growing and diversifying audiences.

"We had to learn very quickly in the last 12 months and some of that is how we create content that is meaningful, that relates to people and is high quality, but I don't think it's one or the other."

Serota said digital shows were "one of the great successes of the last year" and would likely grow in prominence as audiences return to venues.

"Whether we can monetise and turn them into income is another question."