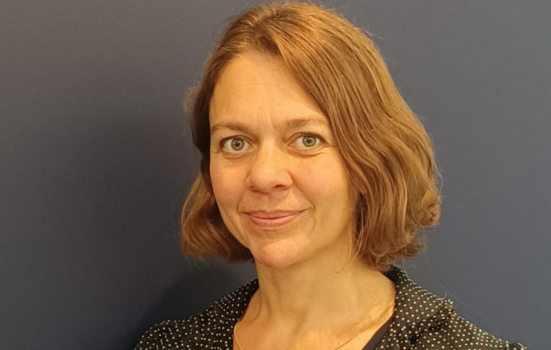 With more than 20 years' experience in the arts, from early days in dance and education projects to senior roles at Arts Council England, Rebecca reflects on colleagues she has encountered on the way.

Theresa gave me my first job in the arts when she was Director of Artists Development at The Place in London. She was an inspirational first boss and an incredible role model. She has a conscientious, thoughtful, quiet leadership style that I admire enormously. I remember being struck by her depth of knowledge of the dance sector.

She has spent her career dedicated to supporting dancers and dance organisations. I have been lucky enough to cross paths with Theresa on a number of occasions since I left the Place, almost 25 years ago now. Firstly, at Farnham Maltings (led by another inspirational person, the ever-ebullient Gavin Stride) and most recently when she was working with Dance City in Newcastle.

Fast forward to my current job and I count myself very lucky to work closely with two more incredible role models, namely the Chair of our Board, Jane Earl and the Chair of our Finance Committee, Annabel Turpin. Jane and Annabel are undoubtedly the gurus whose wisdom and expertise I draw on most frequently in my day-to-day work.

Jane was Chief Executive of Rich Mix in Shoreditch and before that a local authority Chief Executive. She is extremely insightful and appears completely unfazeable. She also always maintains a sense of humour – a very important quality.

Annabel is Chief Executive at Arc Stockton and Co-Chair of the Future Arts Centre network and has years of experience leading exceptionally thoughtful, creative and engaged programmes. She is remarkably generous in her approach to supporting and enabling other professionals in the creative sector.

With an unwavering commitment to the power of culture to shape places for the better, Paul has been one of the key driving forces behind an extraordinary programme of cultural development in Sunderland over the past decade. I first met him when I worked for the Creative People and Places Programme, the Cultural Spring, in 2014.

More recently, I have been privileged to see how he works tirelessly alongside his dedicated Sunderland Music, Arts and Culture Trust colleagues - Graeme Thompson, Marie Nixon, John Mowbray, Ross Millard, Rob Lawson and Lucy Bird - to realise projects that many would think impossible. His was the vision and energy behind The Fire Station, the beautiful 450-seat music and performance venue in Sunderland, which opened in December 2021. He is a true changemaker.

Ram is the manager of Young Asian Voices, a pioneering youth and community project based in Sunderland. He has worked for the project for over 20 years with such dedication and a true sense of vocation, developing new cultural, sporting and educational opportunities for young people in the city.

His ability to build relationship across communities and across sectors is wholly admirable. He is always on the lookout for new ways to improve the lives of young people in the city. He has had a colossal impact promoting social justice, diversity, equality, inclusivity and respect. I am a huge admirer of his work.

I first met Julie when she offered to join the steering group for Sunderland’s bid for UK City of Culture in 2017. Her strength of character in fulfilling her public role as the Member of Parliament for Sunderland Central, alongside her care for her constituents, is incredibly impressive.

I often think of her when I need to be brave. I am also very conscious of how lucky we are that Sunderland has an MP who does so much to support arts and culture, through her work on the DCMS select committee and All-Party Parliamentary Group for the Northern Powerhouse.