Achieving greater diversity in the arts isn’t rocket science, says Ammo Talwar, but it is time for big actions. 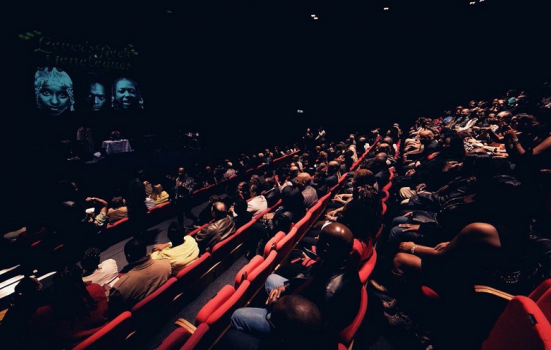 On a hot afternoon in May, senior figures on the Culture, Media and Sport committee took their seats in the House of Commons. Twelve laptops powered up, ready to quiz key personalities, including media maverick Peter Bazalgette and culture czar Darren Henley, as part of the ‘Countries of Culture’ inquiry. The meeting opened, the cameras began to roll, capturing the faces of those safeguarding ‘Britain’s rich and diverse cultural offering’.

Then, a picture – a snapshot from the Parliament TV livestream of the meeting – flashes across the internet with one question: “WHY ARE ALL THESE PEOPLE WHITE?”

Until recently, any similar mono-cultural group making critical cultural decisions on behalf of our diverse nation would place itself behind closed doors. So how and when did the UK’s cultural establishment become so complacent about such dire representation within its decision making?

We need a robust timeline for change that enables diverse artists and companies to significantly enrich the UK’s cultural output.

This exemplar of a disconnected unrepresentative elite permeating London has now successfully been exported to the regions. In Birmingham – a 40% BME city which will have no dedicated diverse space from 1 July – policy-making has moved from being bottom up to top down. Famously the youngest city in Europe, ‘Young, Digital and Diverse’ is ironically the new mantra being spearheaded by a few cultural mavericks on a mission to claim ‘Yes We Can’ – while cultural institutions clearly ‘Cannot’.

Rebecca Hemming wrote a compelling piece in which she described the recent ‘Arts and Learning Strategic Planning Day’ in Birmingham. She said: “There must have been about 90 people in this gorgeous conference room. I counted maybe six people who were from a black or minority ethnic background, while everyone else was white.”

No-one would suggest that the good people in the arts are tacitly working against cultural diversity, secretly thwarting the careers of black and minority ethnic (BME) professionals or anonymously lurking on Twitter as closet racist trolls. All of them would be horrified to think of themselves as part of a systemic inequality. In fact, as Rebecca said, “each of the keynote speakers showed genuine concern over representation” and made her feel “hopeful of change”. But when the speakers were challenged about specifics, there was only “a politician’s answer” in response.

Concern is like a personalised car number plate; nice to have, but it will get you nowhere on its own. We need more than concern. We need a robust timeline for change that enables diverse artists and companies to significantly enrich the UK’s cultural output. What actions are being taken? What impact are these actions having? Where is the evidence?

Everyone in the arts sector says “we want difference and diverse opinions,” but unpack the conversation a little and you will find the story it tells is one of stagnation and even a relative decline in both BME audience engagement and organisational backing.

In December last year, Arts Council England published ‘Equality, Diversity and the Creative Case’, which includes a review of three years of diversity data drawn from organisations receiving core funding. The report says “there has been no statistically significant change to the proportion of BME engagement over the past nine years,” and incredibly, “the gap in engagement between BME and white people has widened slightly... due to increases in arts engagement among white people.”

Despite numerous assurances, myriad initiatives and repeated concerns, these figures reveal a culture of mainstream organisations treading water with BME audiences, artists and authentic engagement for almost a decade.

Meanwhile, the number of BME-led organisations in ACE’s core investment portfolio has declined from 56 to 52. I believe these results are inevitable given the profile of cultural leadership in the UK: predominantly male, pale and stale; too highbrow and elite, and too distant from the output and concerns of BME artists and audiences to commission the world-class, culturally diverse work that we are uniquely capable of producing.

I’m a CEO who happens to be BME and leads a creative organisation, Punch Records, commissioning new work every year. I’m quintessentially positive about change – we’re about to embark on an amazing summer working with over 500 young people across Birmingham’s great cultural ecosystem. But I’d prefer to compete for our investment in a dynamic, fast-moving ecosystem with a rainbow of cultural agencies, instead of in a greenhouse of highly cultivated, state-funded behemoths who have become “too big to fail” or have mates in Whitehall.

Representation isn’t rocket science. Commissioners, local authorities and public bodies can and do come up with credible plans to support the UK’s culturally diverse creative agents.

The BBC has set itself tough workforce and production challenges for diversity with on-screen and production targets, no doubt due to massive lobbying from mavericks like Lenny Henry and Idris Elba. While the BFI is backing its Diversity Standards with a £1m development fund. Their scheme requires the artists they commission to tackle under representation on screen, in leadership and in creative practice.

Diversity and representation will only be taken seriously when companies lose investment because they are underperforming or haven’t performed for years. Diversity schemes need to be run more like Ofsted, regulating and inspecting those who they support, and where they find failure and systemic apathy, taking decisive action.

The question is, are you ready for change? And if so, what are you doing about it?

What is your organisation’s attitude to diversity? What are the barriers to achieving diversity and what should be done about it? Have you say in the ArtsProfessional Pulse survey: Diversity in the arts – what needs to change?