A national campaign for the arts should first and foremost aim to win the public’s hearts and minds, says Liz Hill. 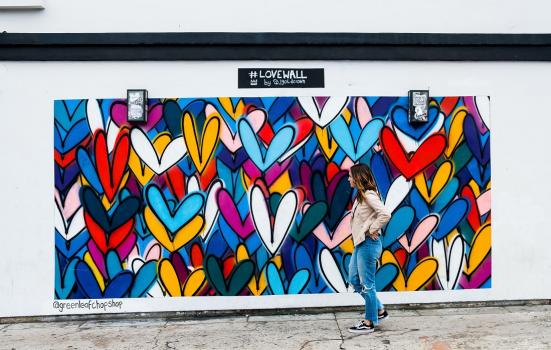 One of my favourite charities is Liberty. I love its mission: “Working to protect civil liberties and promote human rights for everyone”. I love its tireless high-profile campaigning against regressive public policy. I love its nonpartisan stance, responding to politicians according to their policies, not their politics. I love its fearless efforts to champion sometimes unpopular and controversial causes. And I love the fact that it is led by a charismatic woman who is able to make politicians squirm on Question Time. Thanks in the main to Shami Chakrabarti, the issue of human rights continues to enjoy the air time and column inches that it deserves as a cornerstone of civilised society. And thanks to that air time and those column inches, public opinion is influenced and politicians listen.

Liberty for the arts

If one existed, I would also love a charity that does for the arts what Liberty does for human rights. What would such an organisation look like? On the basis that imitation is the sincerest form of flattery, let’s start by applying the Liberty model. Its mission? How about “Working to protect creative and cultural expression, and promote access to the arts for everyone?”

As for its remit, tireless high-profile campaigning against regressive public policy would be just as relevant for the arts as it is for civil liberties. It would mean that EBacc-style announcements wouldn’t catch us unprepared and the impact of proposed Newcastle-style cuts would be fully understood by voters, whose influence over policy-makers is (rightfully) the strongest of all. By speaking a language that can be understood and constructing arguments that can be appreciated by FT readers, Daily Mail readers, Sun readers, Daily Telegraph readers  and Guardianistas, the organisation could hold sway across the political divide among Tories, LibDems, UKippers  and Nationalists, as well as stereotypical left-wing liberals who are too easily dismissed as “squealing luvvies”. Fearless efforts to champion unpopular and controversial artistic expression would create opportunities for much-needed public debate about the value of the arts – for example, to reinforce the case against censorship and to make the case for the arts in prisons in the face of misinformed public disapproval.

As for the leadership of this charity, that’s an altogether trickier question. There will be no invitations to the Question Time table until the QT audience starts to ask questions about creative and cultural activity as they do about health, education and defence. And the public face of this campaigning organisation will be shot down in flames on the QT panel if perceived to be speaking from the self-interest of those working in the arts sector.  The self-interest label will only fall away if that person can lead an arts campaign that:

I would hazard a guess that the ‘average’ person’s annual contact with the arts has much more to do with art evening classes and school drama productions and than it does with professional orchestras or experimental theatre. If national arts campaigning can harness the support of everyone who values the voluntary arts, the commercial and media arts, and arts work delivered by the education and health sectors, as well as that delivered by ‘arts organisations’, then it stands a chance of getting policy-makers to listen.

Not another funding body

So, what wouldn’t a national arts campaigning organisation look like? Well, it wouldn’t look like a funding body. Any organisation that ultimately relies on public funding for its own existence is in the weakest possible position to make its own case to Government – whether local or national – when political will turns against it. Its arguments can be knocked down at a stroke with the words ‘self interest’, and its paymasters have the power to snuff out any visible dissent or disagreement with policy directions, as the outgoing Chair of Arts Council England will no doubt testify. Neither would it look like a trade union or a management association, each of which has a duty to its members, in specific artforms, with agendas that may or may not be of national relevance. No, a national campaign for the arts needs to stand alone, supported by the public as well as all those who work in and with the  arts sector, if it is to influence the Government to recognise and value the creative and cultural activity at the heart of our national identity.

The NCA (National Campaign for the Arts) is right to have put its activities on hold  pending the outcome of  conversations around the country about the way in which the sector can raise its voice. The old model was broken, and its Chair, Sam West, is listening to opinions on the best way forward. Well, in case he’s reading, this is mine.

Liz Hill is Director of ArtsProfessional.

She will be speaking at Shift Happens, a one-day conference open to all who have an interest in making cultural shift happen. ArtsProfessional is delighted to be the media partner for the event which will take place on Monday 8 July in York.

Hallelulah and amen! As CEO of the Collections Trust and a former policy adviser, I have long argued that all of the political advocacy of arts administration in the world won't have any impact unless there is clear support for the arts in the hearts and minds of the public. It has been so clear in the past 2 years that, with the exception of some public libraries, the public do not value the arts sufficiently to rally in support of them. We are in a fight, and it is not a simple one-sided fight. We like to rail against the failure of politicians to appreciate the value of the arts, but in reality, it is not the principle of the arts themselves that is under threat so much as the principle of public subsidy of the arts. By tilting at the wrong windmill. we have allowed the current administration to run rings around us. Complex battles require complex and coordinated tactics, and too often the arts lobby has felt like a last-gasp resistance movement rather than a well-orchestrated campaign. I suspect that we have also allowed our politics to affect our political advocacy. The arts is traditionally left-leaning, so instead of engaging with this right-wing coalition on its own terms, we have been openly critical of their politics. This is not smart advocacy - smart advocacy is apolitical, and exactly as Liz says, deals with politicians on the basis of their policies. Another problem is the sheer number of chiefs trying to run this particular battle. I come from the museum and library world, where I thought we had a lot of people trying to claim leadership of the sector. Since museums and libraries joined the Arts Council, I have been struck by how many organisations there are that aspire to be the standard around which the sector unites. We can win the battle for the arts - but winning won't look like stopping cuts in public-sector funding to the arts. I think it will look like a combination of grassroots support from the general public, and national-scale political support informed by smart, strategic advocacy. In this, we have to acknowledge that backroom influence is far more effective than noisy campaigning. I think the National Campaign for the Arts is perfectly positioned to take this role on, and to lead us into the next phase of effective political positioning. I hope they will!