Arts in the firing line for Newcastle budget cuts 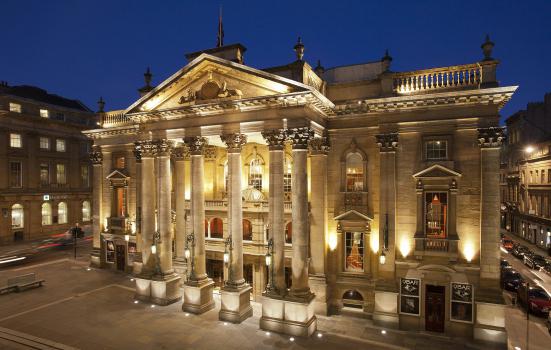 Newcastle’s major arts venues will no longer receive Council funding by the end of 2016 if the local authority’s budget proposals for 2013-16 are given the green light. The city faces cutting £90m from its annual spend over the next three years and arts organisations including the Theatre Royal, Northern Stage, Live Theatre, Seven Stories, Dance City, Tyneside Cinema, Globe Gallery and Isis Arts will all have their funding withdrawn. The Council believes that the Theatre Royal will become “particularly vulnerable” after losing its grant - the only public funding it receives - which is currently worth £613k. Chief Executive, Philip Bernays, told AP: “This theatre has been here for 175 years, and it will still be here in 175 years from now; but the loss of £600,000 is a huge challenge. We receive no money from the Arts Council, 84% of our income comes from the box office and the balance from related sales, Friends and sponsors. We already have a successful Friends scheme and run a very lean organisation, so compensating for the shortfall would mean some very difficult decisions.”
The Council’s budget proposals acknowledge that “the fortunes of the larger organisations [are] more dependent on the ability of the Arts Council to continue to provide support (which is by no means certain) than on our funding”, but concedes that some organisations may close or merge, and that NewcastleGateshead Initiative’s culture programme, Globe Gallery and Isis Arts are unlikely to survive. However, the Council has pledged that arts outreach work will continue to support work in communities with the greatest need.
In a letter to the Prime Minister, the Leader of the Council, Councillor Nick Forbes, points out that central government cuts have fallen disproportionately on Newcastle compared with other parts of the country, amounting to a reduction of £143 of spending per person, rather than the national average of £74. He also speaks of the importance of the arts for the future of the former manufacturing city: “I want to explain how cultural facilities like libraries, theatres and museums, so important in transforming our industrial heritage into a platform for creative renewal, are now seriously threatened.” The proposed budget also includes plans to close 10 libraries and cease funding the Great North Museum as part of the cost-cutting regime. It will now enter a period of public consultation before the Draft Budget is presented to the Council in February next year.