Towards a more civic theatre

It’s easy to blame the challenges now facing theatre on the longest shutdown of stages since the mid-17th century. But these problems began well before the pandemic, argues Dan Hutton. 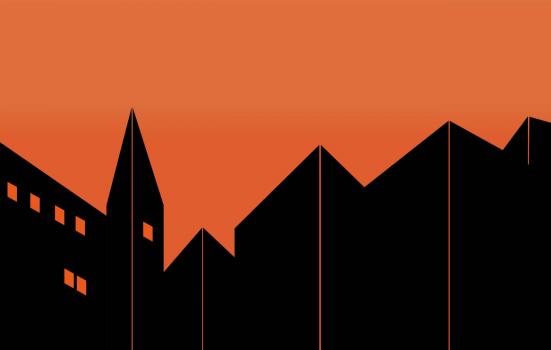 Dan Hutton's Towards a Civic Theatre

It’s worth remembering what things were like before March 2020. The theatre industry had fought through nearly ten years of austerity and a public rhetoric which did not care much for the social and emotional value of the arts. Theatre leaders had got used to ‘creative budgeting’ and ‘driving efficiency’ in the wake of real-terms cuts and requirements from Arts Council England for diverse income streams. External hires, hospitality and fundraising events had become the norm.

On what seemed like a weekly basis, arguments were made about the economic value of the arts. Meanwhile, the idea of the public realm, of civic space, was being eroded, and theatre – that art form so dependent on communal experience – sometimes struggled to define itself in relation to its audiences.

At the end of 2019, when I first started scribbling down notes which would become Towards a Civic Theatre, however, I could not have anticipated a world in which that deadly virus we’ve all come to abhor would be wreaking havoc across industries, economies and lives. But rather than calling into question the ideas I was researching, Covid has instead proved their necessity. After forty years of free market ideology, it’s clear there is now an opportunity for theatre to pivot to something more community-focused.

Building a more civic-minded theatre culture, I learned, can ensure that organisations are able to be more deeply rooted in the emotional and social life of their municipality. Theatre, as an inherently local art form, is able to capitalise on this by making work which speaks directly to the audience which lives and works nearby.

By building pride and belonging, theatres can make explicit that which has been implicit in the form ever since the (free, male) citizens of ancient Athens gathered on that hilltop to celebrate Dionysus and ask questions of society.

There will, no doubt, be many seismic changes to our society and culture over the coming years. The climate emergency, Big Tech, nationalism and inequality will continue to have a huge impact on the way we work, play and communicate. If we’re not careful, our lives could become ever-more stratified and disconnected.

In this context, theatre has a role to play in helping to consolidate communities, engage people in creative endeavours and offer shared experiences that can go some way towards tackling inertia. Theatres give space to while away that valuable commodity: leisure time.

Embedding theatre into the fabric of place

How do we build this? There are – and should be – as many approaches as there are theatres, but in researching this book, certain ideas stood out. Relaxed venue processes, like those adopted by BAC, can help theatres offer a more inclusive welcome. Community commissioning boards like Appetite, based at the New Vic in Newcastle-under-Lyme, could empower audiences to select the work they want to see. And artists in residence, as Gloucester’s Strike A Light are exploring with their empowering cry to ‘Let Artists Be Artists’, could ensure theatres and their collaborators are deeply embedded in the fabric of a place, rather than making swift and ephemeral interventions when it suits them.

It’s also important that we look outside the industry for ideas which might help spur us on. Participatory budgeting, in which citizens collectively discuss and vote on how city budgets are spent, could play a role in programming decisions. Socially responsible architects might be employed to reshape the public space around theatres. And models of collective ownership can help people in a town or city have more of a stake in their local arts scene. There are hundreds of big ideas out there, offering a vision of how the future might look.

Some encouraging green shoots are beginning to sprout. As theatres began sharing their reopening dates, many statements included promises of a new approach, demonstrating that many of the calls for change over the past year have cut through. Camden People’s Theatre will create a community steering group and Theatre Royal Stratford East included their Young Company in their season announcement. OV Local has been set up by the Old Vic to offer discounts to residents of neighbouring Lambeth and Southwark. Even the RSC is getting in on the act by inviting members of the public into the rehearsal room.

Over one hundred years ago, American playwright Percy MacKaye published The Civic Theatre in Relation to the Redemption of Leisure. Things have – it’s fair to say – changed dramatically since then, and some of the suggestions MacKaye makes are unsurprisingly outdated.

But his ideas can be a springboard of sorts for those of us who want to be a part of a kinder, more local, more democratic theatre culture. Early in the book, he lays out his vision, suggesting that the civic theatre encapsulates:

“… organization of the arts of the theatre, participation by the people in these arts (not mere spectatorship), a new resulting technique, leadership by means of a permanent staff of artists (not of merchants in art), elimination of private profit by endowment and public support, dedication in service to the whole community.”

Reading this, you’d be forgiven for thinking MacKaye had a hand in penning ‘Let’s Create’. He saw what the future could look like. We must use some of that clarity of imagination, that bold thinking, if we want to build a theatre for everyone, not just the privileged few.

Dan Hutton is a Director and Theatre-maker

‘Towards a Civic Theatre’ will be published on 28 June 2021 by salamanderstreet.com

Towards a more civic theatre