Thinking ahead on touring costs

Arts organisations that schedule European tour dates could be faced with a bigger National Insurance bill if there’s no Brexit deal. Don’t get caught out – be prepared, says Nick Bustin. 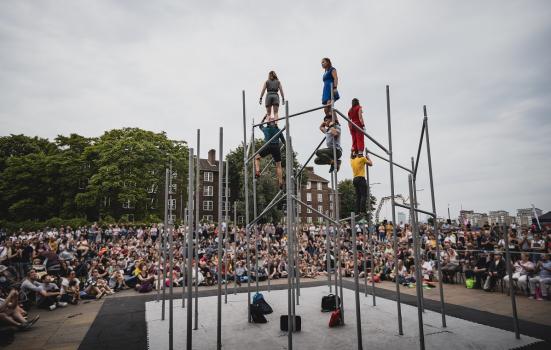 WILD by Motionhouse. touring in Europe this year
Photo:

Clearly we will need to wait until after the General Election to understand the future direction of EU policy, but as things currently stand the UK Government will be negotiating reciprocal arrangements with the EU or Member States to maintain existing social security coordination for a transitional period until 31 December 2020. Individuals within these arrangements will only pay social security contributions in one country at a time.

In the event the UK ultimately leaves the EU without an agreement there are likely to be changes for UK arts organisations that employ people working in the EU, the EEA or Switzerland. Those involved with overseas filming or international residencies, or who have scheduled touring exhibitions or performances in those countries – sometimes years in advance – should consider now the potential implications of a no-deal Brexit.

Whilst political uncertainty remains, arts organisations will need to be prepared

While we do not anticipate an immediate impact on freedom of movement, social security changes could have an impact on organisations’ budgets.

Currently the EU Social Security Coordination Regulations ensure employers and their workers only need to pay social security contributions (such as National Insurance in the UK) in one country at a time. But if the UK leaves without an agreement, the coordination between the UK and the EU will end.

This will mean that employees working in the EU, the EEA or Switzerland may need to make social security contributions in both the UK and the country in which they are working at the same time. This in turn would mean a greater administration burden and potential pressure on salary budgets.

Whilst political uncertainty remains, arts organisations will need to be prepared, and the Government has issued guidance to help.

Until we have a better idea concerning the basis upon which the UK will leave the EU, organisations should make plans to ensure they are able to retain and recruit the talent needed for their tour schedules.

This article, sponsored and contributed by haysmacintyre, is part of a series of articles sharing insights into how organisations in the arts and cultural sector can manage their finances to maximise their commercial potential.

Thinking ahead on touring costs
IR35 – don’t get caught out