Speaking with one voice

With freelance workers still living on the brink and campaign groups springing up to lobby for a more equitable future, work is going on behind the scenes to deliver a coordinated response to policy-makers. The Creative Recovery group shares progress so far. 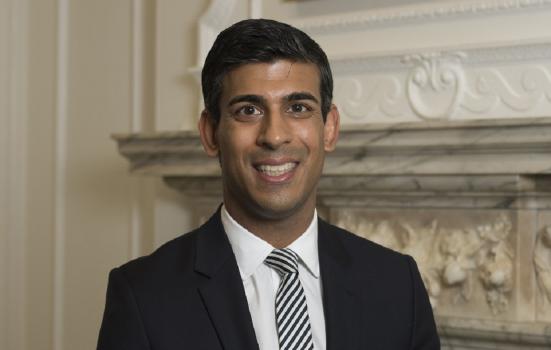 Chancellor of the Exchequer Rishi Sunak announced the £1.57bn Culture Recovery Fund but its lack of support for freelancers led to Creative Recovery shifting its focus
Photo:

As the pandemic took hold back in the Spring, the arts sector formed new partnerships to gather intelligence and form effective campaign strategies to shape and inform our survival. Individuals joined forces, activated by a combination of necessity, given the impact on our sector; available time, due to the circumstances of lockdown; the removal of barriers to access, brought about by digital communication; and the flattening of hierarchies in an emergency situation.

The proliferation of Zoom meetings created a new landscape for the exchange of ideas and the potential for advocacy. The rate of proliferation meant that multiple meetings were taking place discussing similar topics and proposing comparable ideas proposed. In the early days of the pandemic response, this often meant one meeting was unaware of another’s existence. The frequency with which the same topics and ideas were discussed gave the impression of a co-ordinated response, even though no such connection between groups or meetings had been made.

Creative Recovery started as an attempt to assemble different campaign groups across the sector into a single space. Representatives from 11 different campaigns met on Zoom in mid-August to look at the possibility of co-ordinating their responses. Initially gathering to discuss the potential for a day of action and to coalesce around ‘a big idea,’ the then unnamed group shared their individual priorities and their hopes for ‘building back better’.

The government had announced the £1.57bn Culture Recovery Fund, but the lack of clarity and the obvious absence of support for freelancers made a number of the groups uneasy. Aware of the approaching Comprehensive Spending Review, our focus shifted away from a day of action towards contemplating policy suggestions that might benefit national priorities and freelancers in particular.

The name ‘Creative Recovery’ emerged from the idea that the creative workforce should be a part of coming up with creative solutions to the emergency situation, not just in culture but elsewhere, and everywhere. It was a name that could speak to the government and to the public, beyond our sector, in a language that evidence suggests might be more effective than speaking about ‘arts’ and ‘culture.’ Broad enough to include every part of our sector, it is also adaptable for activism, campaigning, lobbying, media and policy.

For many of the organisations, it was vitally important to ensure that we were discussing ‘an inclusive creative recovery’ – cultural, economic and social. It emphasises the importance of us all being ‘creative’ in finding solutions to recover from the pandemic and its impacts.

A working group from Creative Recovery has now drafted a representation to the Comprehensive Spending Review (CSR). We saw the CSR as a giant suggestion box, with our chief goal being an attempt to secure from the Treasury the potential for as many day-rates for freelancers as might conceivably be achieved. So the group has recommended that the Treasury invests £500m per year for the next three years in a ‘Placemakers’ programme: a nationwide, small-scale, annual version of the UK City of Culture award, directed to towns and villages.

As well as securing an income stream for individuals in the creative workforce, it would deliver initiatives that support the creative reanimation and recovery of their communities, with funding distributed through their local authorities. Existing initiatives provide useful examples, including Darlington Arts Centre, The Talking Shop, Shop Front Theatre and the Camden Collective.

‘Placemakers’ might also link to the Future High Streets Fund and the High Street Task Force, but from a specific creative recovery perspective. It is about bringing ‘new’ and additional investment into the creative sector for recovery (and for the benefit of creative workforce individuals) and not about syphoning off existing money from other initiatives and organisations.

The next steps for Creative Recovery include expanding on the CSR representation, potentially as the beginning of a ‘menu’ of policy proposals for the short-, medium- and long-term. In effect, the proposition is a new ‘New Deal’ for creative recovery – something that could win support from the public and from parties across the political spectrum.

We have been inspired by the work of Americans for the Arts, who sought input from over 500 partners and reconciled suggestions and comments from over 100 collaborators to reach the final version of “To Rebuild and Reimagine the United States Post-Pandemic, We Must Put Creative Workers to Work.”

We’ll need to learn as a sector from the organisation and co-ordination of our US colleagues, as well as looking to models in other countries which have proven effective in advocating, lobbying and driving policy on behalf of the creative workforce.

At a recent Creative Recovery meeting it was suggested that meeting mapping was vital: a comprehensive study of the various meetings that were available – a sort of ‘Radio Times’ for creative activists. We’ve reached out to those individuals we know have already had similar thoughts or started work in this area to see if we can collaborate moving forward. The more we can identify connections and assemble in the same place, the better our chances of achieving a coordinated response of maximum benefit for all.