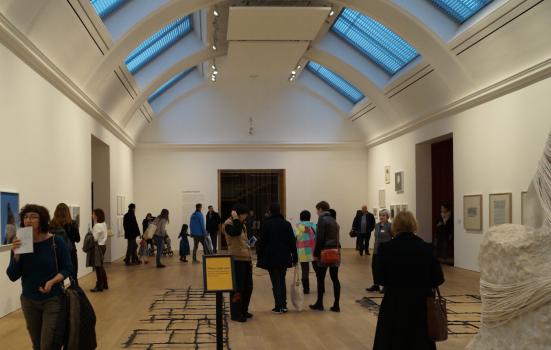 Whitworth Art Gallery, Manchester - one of the institutions seen as crucial for recovery
Photo:

In an article we wrote in February, we focussed on how the pandemic was seemingly creating a leaner and damaged but more collaborative cultural sector. Now we’re nearly two thirds of the way through our project and while these findings certainly still hold, they have been nuanced as the research has progressed.

Our current findings are based on more than 150 interviews with cultural sector workers from different artforms across the UK: Scottish festivals, screen and media freelancers in Wales, emerging leaders in Northern Ireland, theatre organisations in England, and museums and galleries in the north-east and north-west of England.

The findings also draw on quantitative analysis of the distribution of the Cultural Recovery Fund, on the most recent Office for National Statistics Labour Force data and on the latest wave of data from The Audience Agency’s Cultural Participation Monitor survey. And they include emerging insights from our ecosystem analysis of Greater Manchester.

The interviewees highlighted how the pandemic has allowed many of them some rare and vital head space to reflect more deeply on their core purpose. This appears to have led to a renewed focus on the hyperlocal, and on audience and community engagement in particular.

We are seeing increased attention to inclusion and access amongst cultural organisations with the emergence of a sense of campaign across the sector and of being ‘in it together’. Correspondingly, we have seen the development of new and existing networks, which are fostering a heightened sense of collegiality and collective resilience against the impacts of the pandemic.

Although the immediate impacts of the pandemic were profoundly negative, acting as a seismic shock to what was already a fragmented, inequitable and exhausted sector, the pandemic has accelerated change and required even the most resistant cultural organisations to rethink their business models.

Accordingly, concepts of relevance, remit, resilience, risk, viability and civic engagement are being reconceptualised, with some problematic and divisive questions of ‘usefulness’ rising to the fore. A greater emphasis of relevance to local communities could fit well with audiences indicating that they may be more inclined to stay local for attendance even beyond the pandemic.

The shift to digital

Digital engagement has risen exponentially but current indications demonstrate that it hasn’t succeeded (yet) in diversifying the existing audience base (i.e. it is largely previous digital engagers being more active and varied, rather than substantial new audiences).

There is some indication that digital engagement will remain important, however, including some audiences showing increased interest in greater integration of digital and live elements to events and experiences, or suggesting that some live attendance will be replaced by digital engagement longer term.

However, the shift to digital is revealing skills gaps in digital production and engagement. It is also suggesting a fracturing of the cultural industries, as the performing arts converge more closely with film and media while museums, festivals and visual arts appear to be embracing a blended model, as explored in our most recent article.

There are significant implications for policymakers, including the need for investment and new policy development in creative skills and training, social security for artists, supporting young creative practitioners and fostering the blended delivery of culture, including addressing ongoing issues of digital poverty.

But policymakers should resist the urge to invest generically in the digital: digital fatigue is rife, and the wild hopes of a democratic digital panacea have been dashed. So targeted investment in pioneering digital projects might be the way to go.

We’ve been looking at the cultural ecosystem of Greater Manchester in more detail to examine the local dimensions of cultural recovery and response. We’ve found that new and existing collaborations between local government and the cultural sector have sprung into action to help artists and freelancers through crowd-funding, small grants, innovative commissioning, and networks of support.

The allocation of Cultural Recovery Funds in the Greater Manchester city-region recognises the strength of these strategic partnerships between local government and cultural leaders. This is particularly the case in Manchester city centre, where institutions are viewed as key enablers for recovery, and where the vast majority of city-regional funds have been allocated.

As attention turns to the Levelling Up agenda and regional and inter-regional inequality, one question is which places will thrive when long-term austerity, political divides and ongoing uncertainty diminish the institutional capacity needed to compete for investment.

For the cultural labour force, the picture continues to contain significant worries. While key creative occupations in the film/TV and publishing sectors are showing recovery and growth, for performing arts and museums there are continuing struggles. For the performing arts and music, uncertainty around reopening has translated into a lack of recovery seen in other parts of the cultural sector. For museums and galleries, uncertainty about opening and future funding, coupled with the forthcoming end of the furlough scheme, means the full impact of the pandemic may still yet to be felt.

Within these continuing areas of concern, freelancers have been especially hard hit. In particular, younger freelancers seem to be those who were most at risk, and it is not certain they will return once the performing arts and music fully reopen. At the same time, there are some signs of future confidence.

Some cultural workers who have not lost jobs are ‘upskilling’ their qualifications ahead of the potential recovery, rather than ‘reskilling’ in expectation of further job losses and the need to move to another type of occupation.

The final stages of our research will include follow-up interviews with cultural organisations; interviews with recent visual and performing arts graduates; three more waves of the Cultural Participation Monitor survey; a new digital living archive of cultural participation; social media analysis; a look at mobility into and out of the cultural labour market and embedding our research into six dedicated policy teams in the four nations of the UK.

The project will culminate in an online conference on 17–18 November where we will share final findings and explore how collectively we can draw on research insights to help build a sustainable, more equitable future.

Ben Walmsley, Abigail Gilmore and Dave O’Brien are part of a large-scale research programme examining the impacts of Covid-19 on the cultural sector and implications for policy.

The programme is led by the Centre for Cultural Value in collaboration with the Creative Industries Policy and Evidence Centre and The Audience Agency. It is funded by the Arts and Humanities Research Council (AHRC) through UK Research and Innovation’s Covid-19 rapid rolling call.

This article, sponsored and contributed by the Centre for Cultural Value, is part of a series supporting an evidence-based approach to examining the impacts of arts, culture and heritage on people and society. 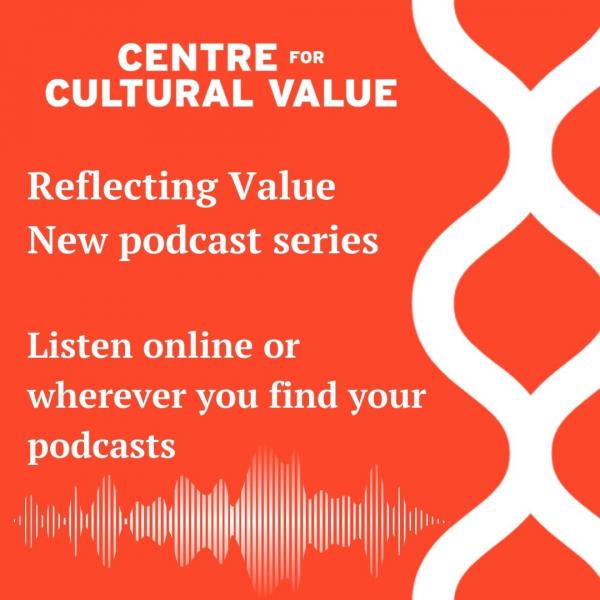