The place of theatre in the public realm

A new report argues that urban planners need to do more to engage with theatre or risk losing these vital assets. Alice Morby has the details. 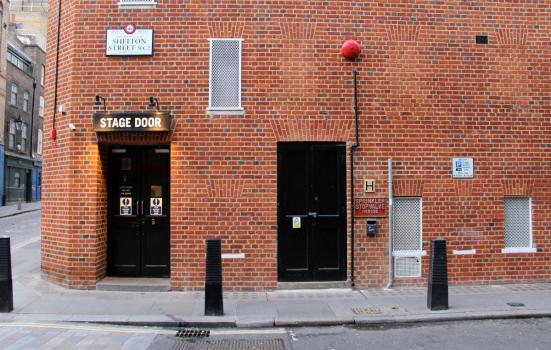 London's theatres are an invaluable asset to the capital, supporting thousands of jobs and contributing hundreds of millions of pounds to the economy. They are landmark attractions that fuel the local 24-hour economy, attracting customers to surrounding retail, leisure and hospitality businesses, and hotels. They also support businesses and employment across the UK.

The National Theatre, for example, is supplied by over 200 businesses in the UK each year, generating £43m in gross value along its supply chain. And in London’s West End alone, there are 39 theatres with a combined capacity of over 44,000 seats.

It’s a huge number, reflective of the sector’s vast contribution to the cultural and economic landscape of the capital, which supports over 20,000 jobs at any one time and contributes over £133m in VAT each year. Theatres are an important component of the public realm.

Better use of public space

But how many of us spare a moment to think about how the complex elements of a set end up on the stage, or how lighting rigs are transported into the venue? Where do the costumes arrive? And how do big delivery lorries fit down tiny Soho streets?

“The West End is the heart of theatreland and is a place of real intensity of use. Its surrounding public realm is highly used and sometimes contested, with lots of change and development,” says Satu Streatfield, from urban design practice Publica, which recently c0-authored a report with the Society of London Theatre (SOLT), entitled Securing the Future of London’s Theatres.

It is this friction that drove Publica and SOLT to explore ways the public realm could be better managed. Their report makes the case for how a better use of public space in the vicinity of the theatres would be beneficial to everyone.

It also offers guidance on how to do so to those responsible for planning, designing, activating and operating London’s public realm and highways, and those planning and regulating land uses.

Gathering insights and making them tangible

Work on the report began in 2019, which, Streatfield says, “feels in many ways like another life”. “It was urgent to do this then, but it’s even more so now,” she adds, in reference to the issues facing the industry brought about by lockdowns, restrictions, and Brexit.

Much of the content derived from speaking with theatre managers, from those managing several venues to others running small, independent theatres. “Our role has simply been to gather and bring together all of the insights and everyday working experiences; to illustrate them and to make them tangible; and to use it to set out this clear call to action to make working together more effective,” Streatfield says.

In addition to interviews, desk-based research, and focus groups, the team set themselves the task of photographing every stage door in the West End, capturing the differences in their surrounding areas but also the characters working nearby.

“We saw that some of these theatres back on to really narrow streets and people delivering equipment were constantly competing for space with other big vehicles,” says Streatfield. Construction on neighbouring buildings was a problem too, with scaffolding affecting the visibility of the theatres to the passing public.

Organised into three sections, the report covers a day in the life of a West End theatre, before presenting the challenges and risks, and the opportunities to alleviate them. Finally, it makes a direct call to action to the relevant bodies.

Activity - day and night - around 12 of London’s theatres is clearly mapped, demonstrating that evening shows on top of daytime activity make for a packed schedule all day, seven days a week.

The importance of changeovers – when set and equipment for one show is taken down and set up for another – is also highlighted, shedding light on the number of people the work requires and how long it can take. In terms of what this means for the public realm, good access to loading bays and stage loading doors is vital.

With challenges ranging from theatres not being included in the early planning of transport schemes, to the complexities of working with heritage buildings, a main finding of the report is that better communication between authorities is key.

An environment serving the public

Advocating for this, James Williams, managing director at the Shaftesbury Theatre, says the current redevelopment would be “impossible” if it weren’t for working alongside those responsible for the public realm of the surrounding area.

“Our development responds to the borough’s masterplan and ambitions of the Business Improvement District, and our lead partners have given us access to the many statutory bodies ensuring that the end result will be a wonderfully enhanced building able to work in an environment that serves the public and our operational needs,” he says.
“By mid-2023 the Theatre will sit alongside Princes Circus, will be totally accessible, and will benefit from a large-scale loading bay and generous external spaces for our audiences.”

Williams thinks this will equally benefit those in the vicinity. It's not just theatres that rely on the public spaces and networks around them to operate. Local businesses and communities also rely on theatres to fuel the local 24-hour economy.

“We heard about restaurants being able to fill an extra sitting when theatre shows are taking place, and the knock-on effect of theatres popping up in areas of low footfall with surrounding pub and restaurant owners wanting to shake the hand of the theatre director to thank them for bringing a huge boost to their trade,” Satu Streatfield says.

“Seeing what happens when new theatres pop up, and the huge boost to the local economy that brings just reminds us of what we stand to lose if theatres have to close down, and what needs to be done to preserve their vital role,” she adds.

Alice Morby is a writer and editor based in London.

The place of theatre in the public realm