How do you encourage new writing on a shoestring budget? Joe Sumsion reveals how The Dukes’ new scheme is doing just that. 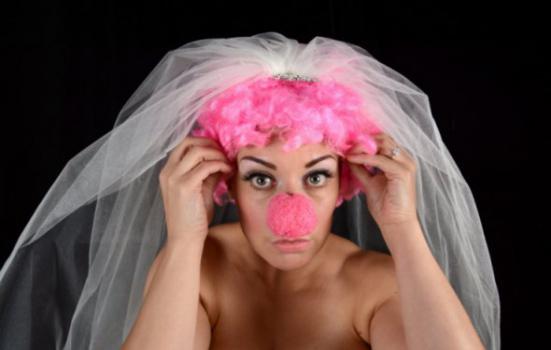 Polly Lister in 'I was a wife'

When I joined The Dukes in Lancaster in 2008, I recognised that encouraging originality would be central to our success. So many small cities have lost their producing theatres in recent years, so encouraging new work is key to staying relevant and indispensable to our area. Kick Start is the latest stage in our encouragement of new writing. We don’t have a literary department but our Kick Start approach allows us to spend time on plays that we think we might eventually be able to produce. I wanted to find a way of making great plays that wouldn’t exist if we didn’t encourage them, and this has to include attracting great ideas and then taking the time to develop them.

While working at the theatre in the summer of last year, Polly Lister talked to me about her idea for a new play charting the rise and fall of her marriage, told through the prism of the roles she was playing at the time and the dressing rooms she found herself in. Polly is such a good performer and clearly has the instincts of a writer but, at the same time, is untried. We needed a process to invest time in her idea without the pressure of production so I thought she would be a great candidate to be our Kick Start guinea pig. She originally had a few scenes of her play mapped out but no structure. With our Associate Artist, Louie Ingham, I gave Polly feedback and we asked her to have the first half of the play structured by the development week last April. That involved another writer and Dukes theatre practitioners. During that week Polly continued to write and eventually tested out the play in front of around 50 audience members.

Polly said: “The autobiographical nature of the piece could have proved an uncomfortable watch so it was vital to the process to put it in front of an audience and see if it worked. It was nerve-wracking though.” The audience response was impressive. I doubt many people in that room had ever been asked to voice their opinions on a play in development before. While that’s quite exciting from an audience point of view, to some outsiders our approach could look like writing by committee.

Boosted by the reaction, Polly, with support from me and musical director Kieran Buckeridge, worked on the rest of the play while also performing at Keswick’s Theatre by the Lake in Abigail’s Party (for which she won a UK Theatre Award for best performance in a play). She delivered the first full draft of the play just as she arrived back with us to appear in our forthcoming Christmas production of Beauty and the Beast.

Two days after that show closes, Polly will begin rehearsals for ‘I Was A Wife’, which I will direct and which will be staged for a week in late January/February. It’s been a busy but most productive time for Polly: “I feel so lucky that a theatre believed in me enough to take a chance on me. There have been no negatives and I’d recommend Kick Start to anyone lucky enough to have the opportunity.”

Kick Start events are produced on a shoestring and don’t attract any extra funding, so are paid for from a combination of earned income and the public subsidy received by the theatre. That said, we have just received our first private donation for producing new work. Encouraging creativity is what we do. This latest project enables us to invest time and money into ideas, supporting a writer to make a fantastic show. Kick Start this year has done exactly that.

Joe Sumsion is Artistic Director at The Dukes, Lancaster.
www.dukes-lancaster.org