How Union representation could create a more diverse arts landscape 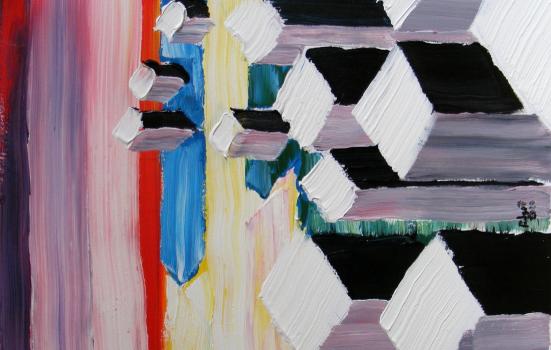 Recent events have brought a return of the idea of state intervention in the arts and this has coincided with a longer-term trend to address the relative lack of industrial relations in visual arts for artist workers.

The historic model of the cultural sector saw arts workers employed by wealthy commissioners of great artworks. Private commissioners are still key employers of artists, though commercial art dealers and gallery curators have become the high-profile intermediaries. And now government too has a role as employer by funding art.

The changing balance of power

So how does this affect arts workers? The Mediaeval guilds were a way of workers organising control over the supply of labour. Some survive today in exclusive forms like the Royal Academy of Arts. But while musicians, actors and other creative workers formed unions after the demise of the guilds, artists did not follow suit.

In trade union disputes the government’s role was as an arbiter between employer and employee. The model was always skewed in favour of the employer, but that changed with the Keynesian economic model of state intervention to create programs of public works during the Great Depression. In the 1950s this government aid removed artists’ total dependency on the employer. But by the late 1960s power started to shift back in favour of private speculators. And while the arts today are substantially funded by the DCMS, funding decisions are still influenced by private speculators.

Government art funding can come in many forms, from the Arts and Humanities Research Council (AHRC) to local and County Councils. However, in England the main funding body is Arts Council England (ACE).

Although the government appoints the chair of ACE, it is ostensibly run at arm’s length which appears to remove state intervention. The need for regulation was demonstrated when it was revealed that  a number of the directors of ACE-funded galleries were on the ACE committees that allocated the funding for their galleries.

The employers and the government became tightly connected and ACE funded London-based galleries - which by the mid-1970’s included the Institute of Contemporary Art, the Hayward, the Whitechapel and the Serpentine - set the agenda for the government as to which artists were deserving of funding.

Curators of these galleries often selected artists represented by key commercial galleries. This left small amounts of funding for artists not part of that commercial system.

In the absence of union representation in the visual arts, ACE-funded arts organisations like Artists Newsletter (AN) and the Contemporary Visual Arts Network (CVAN) have taken on some of the roles of a union with advice on fair pay, contracts and artists’ working rights. But as recipients of ACE funding, they are not independent of employer-influence.

In contrast Artists’ Union England (AUE) is independently funded by subscription. Formed only five years ago, it provides employment advice for artists and has been creating a “Good Practice Charter”. Its developing strength comes through collective bargaining (with the other unions affiliated to the Trades Union Congress) in the Creative and Leisure Industries Committees (CLICs).

With employers and governments controlling art and culture, the challenge now is for unions to recognise the importance of art and curate a position. They should have an opinion on what is good art, and their view may diverge from what commercial and government galleries see as good art. With a position on art they can then ensure that art created by union members is recognised in galleries funded by the government, just as much as commercial art of the wealthy employer collectors.

As people linked to commercial employers sit on the committees of national and regional ACE councils, so too should there be union representation on these committees. It is within the powers of the Secretary of State to appoint the chair and the regional chairs. This move would lead to improved curatorial standards, with increased transparency, accountability and fair selection. It would be a win-win approach that should bring about a more culturally rich, diverse and inclusive arts industry.

Anthony Padgett is an award-winning writer and artist whose public sculptures are sited internationally. Currently at Birley Studios (Preston) he is also Lancashire Representative for the Artists’ Union England.

How Union representation could create a more diverse arts landscape