Is Government preparing to privatise the arts?

How much longer will the UK government support the arts? Andrew Pinnock fears all signs point to it adopting a much more commercial approach in the future. 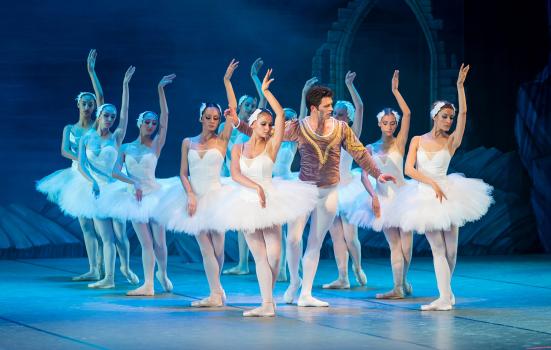 England’s national portfolio organisations (NPOs) make great art at a loss. They sell it to audiences for less than it costs to produce or they give it away free. This is deliberate and from some points of view desirable: subsidy keeps production standards up, and by lowering or removing price barriers it makes great art more accessible.

Charity registration – a ‘Condition of Association’ with the original Arts Council, rarely relaxed even now – enables NPOs to raise money from other sources. It eases the pressure on Arts Council England’s (ACE) budgets and should ensure that NPOs are managed wholly in the public interest, under Charity Commission oversight.

Sooner or later, central government’s what-next-to-privatise spotlight was bound to turn to the Arts Council...

Life really did seem to be getting better for everyone. Subsidised art in this scenario could be thought of as a public good like the NHS, high-quality council housing, ‘free’ school and university education, or proper pension provision for coal miners and steelworkers as well as civil servants and local government officials.

People who weren’t ill would be pleased to know that the NHS existed and were pleased to pay their bit towards it. People with no personal interest in ballet and opera, for example, would be pleased to see the Arts Council making it affordably available to others, those others perhaps including their children and grandchildren, as upward social mobility seemed to be a possibility for everyone with youth and a benevolent state on their side.

In post-2008 austerity Britain, as we know, Keynes’ optimistic vision no longer connects with social reality. Policy-makers in nearly every part of the public sector are having to re- or de-prioritise continually. Cut follows cut and the cuts have victims. Wherever possible, old-fashioned public goods have been or are being reconceptualised as private goods so that the cost of providing them can be shifted from the public sector on to individuals seen to be benefiting directly.

University tuition fees are a prime example. Public transport run for profit by private-sector franchisees is another. Sooner or later, central government’s what-next-to-privatise spotlight was bound to turn to the Arts Council. Unthinkable? Ask any client of the Student Loan Company. Ask anyone who commutes to work by train, paying the highest fares in Europe. Ask English Heritage (once the Ministry of Works) or the Canal and Rivers Trust (formerly British Waterways).

The DCMS’s Independent Review of the Creative Industries, published in September last year, shunts arts and cultural organisations into industrial space. Here the creation and profit-maximising satisfaction of consumer wants are normal expectations, and firms operating at a loss go fairly quickly out of business.

Jobs for real people will have to come from somewhere in the robotised world for which the independent review’s writer-researchers were told to prepare. The review suggests a series of public policy interventions designed to encourage private sector job creation, on (I imagine) the theory that taxpayer input per new job created can be minimised this way.

In future, arts organisations may have to argue their case for government support in competition with advertising agencies, film, video and media production companies, software developers and video game designers (all examples taken from the review).

Arts organisations permanently in deficit – proof of their commitment to quality under old rules, and necessary to justify year-on-year ACE funding – will in the new creative industries environment look like business problems that someone ought to be able to fix. Or like fundraising challenges no different in principle from those facing the National Trust, The Royal National Lifeboat Institution, and now English Heritage and the Canal and Rivers Trust.

From a creative industries perspective, it is hard to see why the Royal Opera deserves year-on-year taxpayer support while the National Trust and Royal National Lifeboat Institution do not. Are plans for a privatised Arts Council or national arts trust beginning to emerge, one voluntarily supported by people who value the arts organisations in its care but not supported by anyone else?

No sane government would dream of privatising ACE without first carrying out a series of impact assessments. Nor would they want to do it overnight. A fairly long transitional period would be prudent, allowing existing NPOs time to adapt. The UK Parliament’s Digital, Culture, Media and Sport Committee has just announced a new inquiry into the social impact of participation in culture and sport. It looks to me like an impact assessment on who would lose out if the privatisation went ahead and who would escape potentially unscathed.

The committee will take evidence on social mobility, health, crime reduction, education, community engagement and diversity, and when that evidence has been analysed it will be able to tell us how effectively today’s Arts Council – through its NPOs – is acting as an agent of beneficial social change. If organisations not funded by ACE are found to be doing as well or better in every dimension, then the case for privatisation will construct itself.

Andrew Pinnock is Professor of Music at the University of Southampton. He was an Arts Council Officer from 1992 to 2000 and Head of Music for London Arts Board.
www.southampton.ac.uk

I'm interested by the theories in this article. I'm also interested by i) the fact that my organisation, an NPO, has received no alert from ACE encouraging us to submit material into the new inquiry; ii) the fact that DCMS is running an open inquiry directly to charities rather than working with CASE on a further update to the database of material last updated in 2012 that on the face of it provides exactly what's needed. It seems likely that the DCMS open inquiry will not receive a great amount of evidence from the cultural sector given i) the short response window, ii) the apparent lack of encouragement/co-ordination from ACE and iii) the apparent lack of will to update CASE. I imagine that the author of this article would say that this all plays directly into DCMS's hands.