Falling between the cracks

The financial fallout from the cancellation and postponement of hundreds of orchestral performances is taking a heavy toll on both orchestras and musicians. Mark Pemberton explains the issues – and what the ABO is doing about them. 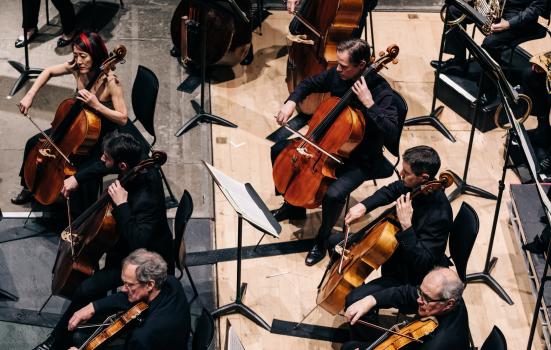 It has been incredibly uplifting over the last few weeks to witness musicians from around the world bringing music to our homes through technology. But sadly this cannot be a long-term answer to the sector’s survival and will not replace the lost income due to this crisis.

British orchestras rely heavily on earned income – more so than in continental Europe and other parts of the world, which receive significantly higher levels of public subsidy, and in America where orchestras benefit from donations fuelled by tax breaks. Our orchestras are dependent on income from ticket sales, international tours, festivals and commercial activity such as recordings, at an average of 50% of turnover. For the many that do not receive public funding, the level of earned income is much higher.

With the forced closure of entertainment venues and recording studios, that income has plunged to zero, placing the UK’s orchestras and their musicians in a critical position.

Many individual orchestras and ensembles, very small organisations with scarce resources and ongoing committed costs, are unable to continue trading. The loss of income from engagement fees and downturn in box office have had an immediate and material impact, and not just in the past few weeks. Tours to Asia, a crucial revenue earner, started to be cancelled back in January and things have escalated from there, first with international touring elsewhere, and then venues in the UK, grinding to a halt. This in turn threatens the financial sustainability of our members, and the livelihoods of the musicians who work for them.

As the UK’s representative body for professional orchestras and youth ensembles, the Association of British Orchestras (ABO) is working to do everything we can to support the sector as we all try to deal with the fallout.

Our 65 member orchestras have different employment models for their musicians. Some, such as the BBC, regional symphony and the major opera/ballet orchestras are in salaried employment, while the rest, including the London self-governing orchestras and the chamber orchestras, operate on a freelance basis. Of over 2,000 members of the UK’s professional orchestras, half are self-employed, and there are 12,000 engagements annually of freelance extras.

The support programmes announced by the government will help reduce operational costs, enabling salaried musicians to be furloughed along with some management staff. Freelance musicians can benefit from the Self Employment Income Support Scheme, but these schemes will not replace the loss of earned income for the orchestra itself, nor deal with the problem of outstanding fees for musicians booked before the shutdown or the fixed costs of premises and other liabilities.

We are concerned that the self-employment scheme is leaving many musicians to fall between the cracks including those who have recently started in the profession, higher earners, those who have set up a personal services company, and those who have had a career break due to maternity or injury, for example. Another concern is that payments will not start until June at the earliest. This may well impact on our members' commitment to ensure that their musicians will be looked after during this critical time.

Nor will other elements of the business support package announced by the UK Government be of help to our members. For example, as charities, they do not benefit from the business rate relief scheme.

We welcomed the announcement by Arts Council England of its support package for funded and non-funded arts organisations, bringing in much-needed money to offset some serious cashflow problems. And it is good to see that the governments and funding agencies in the other home nations are beginning to follow suit, all publishing their strategies for support during the emergency.

But while this will help in the short-term, it will not solve the long-term damage that will result from a sustained period of cancelled concerts and performances. Nor do we yet know what the impact will be on the future of lottery funded programmes. With the government so far refusing to provide additional money, all the funding agencies have been able to do is implement a smash-and-grab raid on reserves and future revenue from the national lottery to offset the immediate impact of the emergency.

On behalf of our members, we are liaising daily with the DCMS to flag up our concerns and to push for further support. We were delighted that our voice, added to that of many others in the music industry and beyond, helped to secure the support package for the self-employed.

We are also liaising with the Treasury on extending further support to charities and we are in regular communication with the Musicians’ Union and other support organisations and charities to ensure that we have a shared agenda on helping musicians survive the shutdown.

It’s worth noting that the government has listened and responded quickly. But there is still more that it can do, and we are also making sure our members continue to network through regular video meetings, to share concerns and keep us informed of the issues they need us to take to government.

We are acutely aware of the impact of the current situation can have on our mental health and are encouraging our members to be mindful of this. Advice made available from the Directory of Social Change is helpful and we are encouraging our members to make use of Theatre Helpline, which is open to people in the music business, and Music Minds Matter, run by Help Musicians.

The UK’s orchestras are a success story, building on public investment to maximise revenue from earned and contributed income, and reaching audiences of over 4 million a year along with over 700,000 children and adults through their learning and participation programmes. And they are cultural ambassadors for the UK, giving over 200 concerts in 40 countries to showcase the best of British music-making. This crisis puts that success under threat.

These are challenging times, but the ABO and its members are doing everything we can to ensure the best possible outcome. Our mission of connecting, championing and developing our world beating orchestral sector is needed now more than ever.

Mark Pemberton is Director of the Association of British Orchestras

‘Aftershock’ – orchestras preparing for an uncertain future
Falling between the cracks
Is ACE too posh for pop? Music leaders have their say