Culture fuels the Northern Powerhouse, so let’s hear it from Northern writers

The North leads the way in using culture to connect people with their past, present, and future. So why does publishing remain so London-centric, asks Katy Shaw. 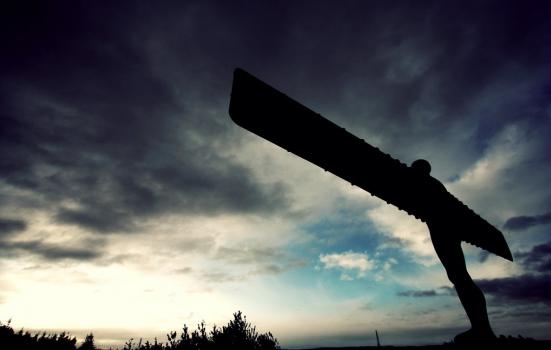 From our angel to our bridges, our stories to our songs, the North is imagined by the rest of the country and the rest of the world through its cultural iconography. And the cultural power of the North of England is ever more significant.

The government estimates that arts and culture alone bring £3bn a year to the North, while the ‘flat white’ economy – a new trendy way of describing the creative and tech industries – is now adding more than £6bn to the Government’s coffers.

Recent years have seen the decentralisation of some key flat white industries from London to the North, like the BBC to Salford and Channel 4 and Google to Leeds. This turning tide of businesses shifting work away from the south of the country to the North has been called

But despite the UK government’s Northern Powerhouse agenda the UK literary sector remains staunchly focused on London. When it comes to Northern writers, representations of the North in literature and Northern voices on the stage, small and big screens, the literary sector is guilty of persistently under-representing the 55.4 million members of the public who live outside the capital city.

So why has the UK publishing industry so far refused to North Shore? This under-representation has a significant impact: not only for the careers of Northern writers, but also on the kinds of representations of the North that are on offer in the contemporary book, TV and film markets.

In an open letter addressed to ‘the London-centric literary industry’ published in ‘The Bookseller’ in 2018, the Northern Fiction Alliance suggested the UK literary industry must explore ways to “better reflect its readers and society’ by profiling more regional writers. The open letter asked, “how much talent do we lose because, for a lot of people, London is too expensive, too far away, or, frankly, too chaotic to move to?”

All the things the creative industries need for success are here – talent pool, cost of living, competitive product pricing, and a great work-life balance: the average commute in the North East is 23 minutes compared to two hours in the South of England.

My own research explores what incentives we might offer to convince publishers to move north. It also demonstrates how the Northern Writers Awards (NWAs) in particular contribute by developing and retaining writers within the region and enhancing diversity in the UK literary sector.

In the past 20 years we’ve seen a rise in a new literary community: an eclectic collective of tastemakers and trend-setters who combine to shape the field of contemporary literature. From authors to agents, publishers to booksellers and reviewers to book clubs, the digital age has turned everyone into a critic of contemporary writing.

Within this dynamic environment, literary prizes, awards and lists have a significant influence over the ways in which new writing is produced, distributed and read. The NWAs are the brainchild of New Writing North, the UK’s biggest writing development agency. Over the last decade they have  offered work-in-progress prizes for writers based in the North of England, and are now recognised as a proven identifier of emerging writing talent in the UK.

The NWAs have enabled hundreds of writers to develop creative projects and connect with the UK literary sector. The awards support new writers to develop their work towards publication, and enable more established writers to buy time to write and to develop their work.  A central aim of the NWAs is to help regional writers from the North access the national networks of UK publishing. My research data shows that 69% of NWA winners say the award developed their networks within the UK writing community.

There is currently a talent pipeline that runs one way from the North to the capital and it’s losing us our greatest asset: our people. We need to give our talented young people a means of staying, to capture not only their direct economic contribution, but the cultural and social energy that they’ll bring to a future North.

Unlocking the potential of the North means giving creative and cultural organisations access to finance and support, incentivising them to develop and retain local talent, and positioning them to ensure that they can grow sustainably and deliver social as well as economic benefits to the region.

The NWAs promote the vitality of contemporary writing as a source of creative and economic potential, not only for the North, but the whole of the country: increasing writers’ incomes, enhancing professional development and creating long-term networks and opportunities for regional voices to be better represented in national debates.

No risk, no innovation

Freeing the North is a social, political and economic precondition for the success of Britain as a whole. An independent North would be the ninth-largest economy in Europe. Both Scotland and Wales have smaller economies but enjoy far greater devolved powers. Showing solidarity with the North and understanding its potential is key to bringing it in from the cold both economically and socially.

Public funding plays a vital role in encouraging creative innovation. In the creative industries financial risks go hand‐in‐hand with innovation: without it there would be no Google, no Penguin Random House. We have to support creative industries into the North and show that we’re aware of the need to embrace risk and innovation in the same way.

The future of our nation does not begin and end at the M25: funding the culture of the North, investing in devolution and freeing the region from its political shackles is ultimately a social, political and economic precondition for the success of Britain as a whole.

Adapted from a speech given to the IPPR State of the North conference in January 2020 and Katy Shaw’s 2018 Creative Industries Journal article 'Writing the Northern Powerhouse: evaluating the Northern Writers’ Awards as a potential model of intervention for addressing regional representation in the 'London-Centric’ UK literary industry.'

Culture fuels the Northern Powerhouse, so let’s hear it from Northern writers