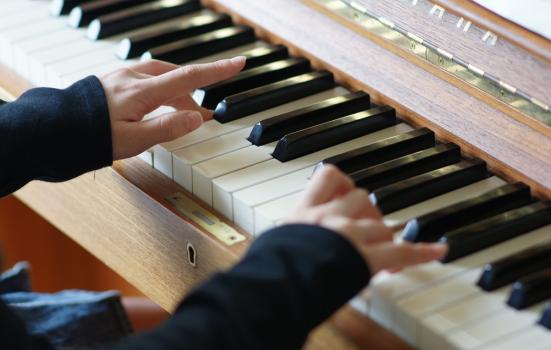 The diversity (or not) of classical music’s concert repertoire has been subject to ongoing discussion over recent years. Last month, the BBC Proms pledged to achieve a 50–50 gender split for repertoire performed by contemporary composers by 2022. However, the diversity of repertoires used in classical music education appears to have received less attention.

In the course of writing my forthcoming book on class and gender inequalities in classical music education in the UK, I looked at changes in the exam syllabus for the largest British music exam board, the Associated Board of the Royal Schools of Music (ABRSM), which delivers over 650,000 music exams and assessments every year in 93 countries.

This year’s grade eight piano exam lists 32 pieces that students can choose from, but within this list there are no women composers, only one non-European composer, and only five pieces written after 1950.

Out of the other two major exam boards, Trinity College London also shows a dearth of women composers, with none featuring in this year’s grade eight piano syllabus of 20 pieces, and only one non-Western composer, although pupils are also allowed to play a piece of their own composition.

London College of Music is doing better on gender equality, with eight pieces written by women out of 27 in its piano grade eight exam syllabus, including one by African–American composer Florence Price. Despite this exception, it appears that discussions of diversifying repertoire have not, for the most part, filtered through into classical music’s formative education institutions.

The narrow repertoire that is prescribed for pupils taking grade exams gives a snapshot of the way in which music education is still today hugely shaped by the Victorian music education institutions that we have inherited – the grade exam boards and the music conservatoires – which were predominantly set up in a narrow window between 1872 and 1893.

Established as commercial ventures but also with the mission to spread musical standards to the British Empire, grade exam boards expanded rapidly. Continuities between the late Victorian period and today can be seen in the similarities between the 1890 ABRSM exam syllabus and the 2018 piano grade eight syllabus. Both the structure of the exam (scales, aural tests and pieces) and the types of composers prescribed are remarkably similar.

Another continuity is in the funding structures. The ABRSM then, as today, uses its income from grade exams to make donations to the Royal Schools of Music (the UK’s tertiary music conservatoires) to the tune of £5.6m in 2016/17.

This historical perspective helps to illuminate how, in extra-curricular classical music education, we have inherited an infrastructure that inhibits the social and creative renewal of classical music. It is all too easy to dismiss classical music as a museum culture, but this misses the ways in which it is very much a living tradition, around which is organised a local, national and international infrastructure of daily and weekly music-making opportunities.

Grade exams are for many young people across the world one of the first ways in which their musical ability is given public recognition and value. And yet, these structures reproduce the assumption that classical music is a historical tradition in which music was mostly composed by white European men.

Instead, grade exam boards should be reflecting and leading on the creative renewal of classical music by commissioning and championing work by women and non-European composers. This would be a move towards being more representative of the groups who take their exams as well as celebrating classical music as a living tradition.

Even within the white European tradition, there are plenty of female composers to draw on whose work has been obscured by a male-dominated profession. Outside Europe, classical music’s largest growth in recent decades has been in East Asia, and since many pupils taking grade exams are from this area it is important that the repertoire reflects that.

It is heartening to see some changes in this area. London College of Music is changing the structure of its exams from a chronological approach, whereby pupils choose one piece of music from each of three lists that encompass different historical periods. Now it’s in favour of lists divided up into aspects of instrumental technique. This allows for repertoire lists to reflect, and to actively shape, the ways in which classical music is changing.

More ambitiously, Trinity College London introduced the Arts Award qualification in 2005, which draws on innovative modes of assessment to allow pupils to devise their own artistic and creative projects across all artforms. However, within music grade exams, more experimentation is needed to enable a move beyond assessing pupils on pre-set repertoire alone in a room with an examiner. Such a model supports an individualistic ideal of music-making where power lies with the ‘musical authority’ of the exam board, and there are also extra-musical issues at stake around the safeguarding risks such exams entail.

Within music education more widely, changes to school curricula and funding are leading to fewer state school pupils studying music at school in the UK. Therefore, extra-curricular music education requires even more scrutiny to understand who is being excluded, not just through aesthetic barriers but also through economic ones. Indeed, aesthetic or musical standards can help create and reinforce economic barriers to musical participation by stipulating requirements that can only be met through long-term investment in expensive instruments and lessons. This therefore devalues self-taught musicians or those with different musical influences and values.

It is unclear as yet whether Arts Award’s more open aesthetic criteria are allowing young people from less affluent backgrounds to participate. It is clear, however, that creative renewal within classical music needs to start with music grade exams. Diverse programming within prestigious cultural venues such as the BBC Proms needs to be supported by similar changes at every level of music education.

Anna Bull is Senior Lecturer in Sociology in the School of Social, Historical and Literary Studies at the University of Portsmouth.
www.annabullresearch.wordpress.com