The arts sector still has enthusiasm for digital technology but some are now taking a more cautious approach, according to a recent survey. Sam Mitchell discusses the findings. 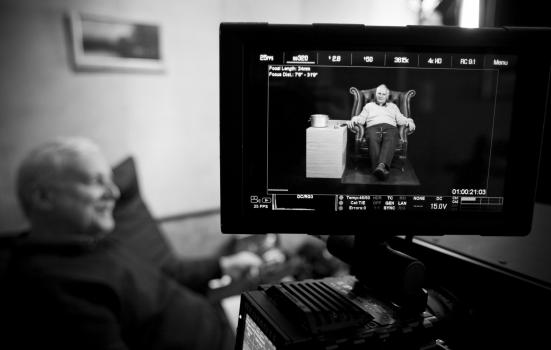 How transformative is digital technology to the arts and cultural sector? And are all organisations able to gain from the opportunities afforded by this technology? These were questions we sought to answer through the third annual Digital R&D Fund for the Arts survey (funded by Arts Council England, Nesta and the Arts and Humanities Research Council).

Looking in more depth, a striking feature of the findings is the extent to which some arts and cultural organisations have struggled to realise their digital aspirations over the past year. Take crowdfunding as an example. In 2014, around one in five organisations told us that they planned to raise money in this manner over the next 12 months, but the number that actually did in 2015 increased by only 1%. Similarly, one in five organisations thought they would start accepting online donations, yet in practice the number of organisations increased by only 3%. These findings should be treated with some wariness, as organisations (not just within the arts and culture sector) may be poor at predicting their activities and areas of focus. However, viewed alongside evidence in the survey that shows arts organisations have pulled back on their digital activities, it suggests that the sector has become more cautious.

This stands in marked contrast with the 52 projects funded through the Digital R&D Fund for the Arts that have encouraged experimentation with technology to develop new business models and enhance audience reach. The National Holocaust Centre’s project to capture the experience of holocaust survivors through the use of natural language processing and 3D imaging is an example of where high levels of time and resource are required to test, iterate and experiment with a digital process.

So what are the main barriers to technological innovation, when there is clearly an appetite within the sector to do more?

A lack of funding for digital innovation remains the largest barrier. 73% of the sector cited this as a hurdle, an increase of 5% from 2013. However, funding is not the only reason for a slow take-up of digital activity when this technology is often low cost or entirely free. There has been a substantial increase in the number of organisations citing the lack of a senior manager with a digital remit as a barrier (39% in 2015, compared with 31% in 2013). So a lack of leadership from within arts and cultural organisations could be holding the sector back.

There has also been an increase in those citing a lack of suitable external suppliers or freelance staff. While speculating on this rise is difficult, it presents two possible scenarios, both of which would be of concern. First, arts and cultural organisations may not be networked with technology suppliers as well as they could be – something we have tried to address through our approach to arts, technology and research partnerships. Second, it could be that the organisations understand who those suppliers are but they are priced out of hiring them. Both scenarios present a challenge in terms of embracing technology, particularly when the cost of creating in-house digital teams is prohibitively high for most smaller arts organisations.

Despite these barriers, our findings point to some interesting areas where headway could be made. We find, for example, that organisations based in London, of a comparatively larger size and with more stable funding, are more likely to carry out digital activities and experience a higher level of impact.

This year’s survey confirms that there is a positive correlation between organisations willing to experiment with technology and the impact they enjoy. In particular, 93% of arts and cultural organisations that self-identify as ‘experimenters’ report a major positive impact from digital, compared with 72% of the sector as a whole. However, the number of people reporting that they engage in experimentation and take risks with digital technology has fallen by 4% since 2013.

The survey points to the role that the sector and policy-makers can and should play in helping to prioritise R&D. From sharing content, reaching new audiences and streamlining processes, we know there’s much that organisations can explore and the sector can still learn. Empowering organisations to seize digital opportunities could prove truly transformative.

Sam Mitchell is Research Manager for the Digital R&D Fund for the Arts at Nesta.
artsdigitalrnd.org.uk

This article, sponsored and contributed by the Digital R&D Fund for the Arts, is one in a series of articles on the theme Making digital work.

We are living in a Postdigital era, and many artists are beginning to realise that a massive gap is being formed between the Arts and the culture in which we operate. It has begun to seem as if the most culturally relevant means of communicating – Social Media websites - is barred to us, with very few artists finding ways to use these communication tools of the Internet as a medium for their work. One way that we artists can respond is by intentionally creating work for this media - not as a sideline or even a marketing tool, but in a way that the actual exhibition of the work on the Internet is central to understanding the piece (this way the work can truly be described as ‘Postdigital’). The work that exists in cyberspace will be described as the ‘art work’, whilst the physical piece that is able to be viewed in a portfolio, an art gallery or other venue will be the evidence of the work. Gallery Soup aims to help you close the gap between the Arts and culture by providing a platform to assist artists to display content on the Internet, perhaps combined with, or followed up by, the usual land-based exhibition. If you have a real intention to be considered a 'Postdigital Artist' and really do want to create Postdigital Art websites where people pay to see your art (and, maybe, to own it themselves), then add your location and we at Gallery Soup will do our best to direct audiences to you.