As the debate over whether London needs a new concert hall becomes more divisive, Jodi Myers says it’s time for some careful thought. 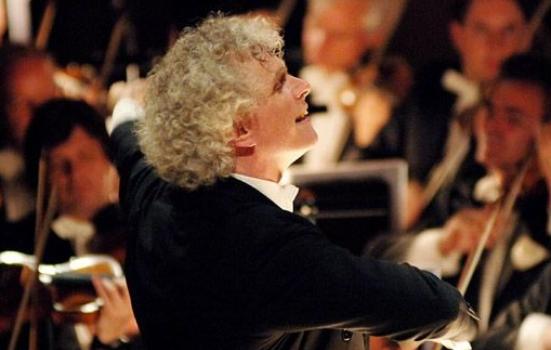 The call for a new concert hall, as part of a larger Centre for Music in the City of London, continues to make the news. However, the heated discourse would benefit from some calm consideration of the impact that it might have on concert-going in London and beyond.

The idea of a concert hall with 1,800 to 2,000 seats and state-of-the-art acoustics in London is not a new one. It has been rumbling since the end of the Second World War, and every so often it is raised again. In the late 1990s the CEO of the Southbank Centre advocated such a building be sited on the car park next to the Royal Festival Hall (RFH).

I am not aware of any musicians or orchestras, British or international, who won’t perform in London because the facilities are inferior

This would have left the RFH with the challenge of presenting only world music, jazz, rock and other amplified genres (most halls depend on a mixed programme). That idea was eventually kicked into the long grass, but not before a lot of time and effort was expended on something that was never likely to see the light of day.

This time the case is being made by the Barbican, the Guildhall School of Music & Drama and the London Symphony Orchestra, along with its Music Director designate, Sir Simon Rattle. This time the debate is more public and potentially more divisive.

The repeated mantra that classical music in London suffers because it lacks a first-class concert hall risks damaging what is actually a pretty vibrant music scene. I am not aware of any musicians or orchestras, British or international, who won’t perform in London because the facilities are inferior, and nor is there a shortage of five-star reviews for concerts given by them.

Referring recently to performances conducted by Rattle in 2015, The Daily Telegraph’s classical music critic Ivan Hewett, wrote: “…you only have to read the reviews of the Berlin Philharmonic’s recent Sibelius concerts at the Barbican Hall. Several of the reviews… remark on the astonishing, grainy richness and depth of the Berlin Philharmonic Orchestra’s sound. No one wrote, ‘The orchestra would have sounded great, if it hadn’t been for the Barbican’s lousy acoustic.’ ”

Most importantly, the call for a new hall denigrates concert-goers who regularly and enthusiastically pack out the RFH, Barbican, Royal Albert Hall and smaller halls. Last year, while acknowledging that even after an extensive and expensive refurbishment a decade ago, the RFH still presented challenges to musicians playing there, cellist Julian Lloyd Webber wrote “the RFH is a bloody good concert hall” because it works for the vast majority of audience members.

Hewett has also written that the case for a new hall “seems unarguable, but I think it’s wrong-headed, because it confuses sound and music. Listening to orchestral music in a venue with perfect acoustics will give us a perfect sound, but in no way is that the indispensable sine qua non of having a great musical experience”.

More than bricks and mortar

It is undeniable that a number of cities across the world have halls that are more loved by musicians than those in London, but I can’t think of a city that is home to as many first-class orchestras as London. Bricks and mortar are no guarantee of a thriving creative scene.

This applies to other artforms too. While the National Theatre does what is generally acknowledged to be work of a very high standard, its auditoria are not loved by all actors and directors. But there is no suggestion to tear it down and start again. It is the work that goes on in and beyond our theatres and concert halls that is important, not the perfection of the venues themselves.

Much of the £111m for the RFH’s extensive improvements came from public sources, while a new hall near the Barbican will depend on funding from the City of London Corporation and the commercial sector. However, it would be optimistic to think that over time another building won’t be competing against other projects, in and outside London, for sponsorship and public funding to support its capital costs and revenue requirements.

Whether a new hall proceeds will also depend on a convincing business case, and I hope that will include consideration of the wider context in which it would operate. Such a hall may cause collateral damage to the ongoing wellbeing of other venues in London, the orchestras that play in them and the diversity of audiences that visit them, by sucking up the available ‘oxygen’. That could have the effect of diminishing, rather than enhancing, London’s musical health.

Even with its less than perfect halls, London is a great cultural hub. But I celebrate the fact that arguably the UK’s best concert hall with the most attractive acoustic, thanks to Rattle’s championing, was built in Birmingham. And there are excellent halls in Basingstoke, Coventry, Gateshead, Manchester and elsewhere. That’s great for music-making and for audiences.

George Osborne, when he was Chancellor, asserted that a new large hall in the capital would bring national benefits. This showed a lack of understanding of how the cultural ecology works. It should be noted that the huge investment in Olympic venues in London has not had the hoped-for ripple effect in terms of facilities and training opportunities outside the capital.

Several changes are needed if we are to be serious about improving music provision, in order to grow audiences across the country, and to diversify the range of people who perform, write and listen to music. The decline in support for music education, the impact of which will be felt for years, must be reversed.

Orchestras should build on the excellent work they have been doing in increasing access. Sustained investment is required for performing ensembles that take their work across the country. Another building in London, however wonderful it may be, will not address these needs.

Jodi Myers is a consultant. She was formerly Director of Warwick Arts Centre in Coventry and Director of Performing Arts at the Southbank Centre.
jodimyers.co.uk

Calm consideration
What next for musical theatre?
You say goodbye, I say hello
Taking risk on board