Opera Holland Park’s Young Artists scheme, which gives participants the chance to be part of the main season, has become an important source of talent for the industry. Imogen van Santvoort explains how it works. 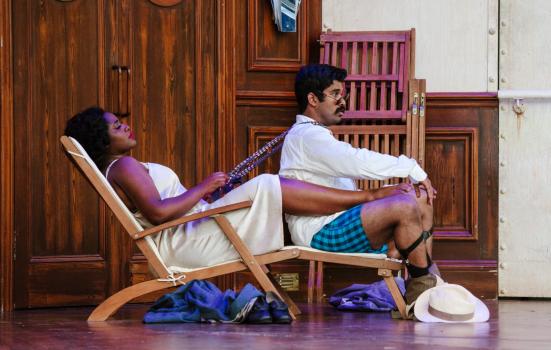 In 2011, Investec Opera Holland Park (OHP) launched its Young Artists scheme with the support of the late philanthropist Christine Collins. There are lots of opera training courses, but where our scheme stands out is its incorporation of the Young Artists (YA) within the main season. It involves not just singers, but conductors, directors and repetiteurs.

The scheme has now become a source of talent in the industry, with former Young Artists being cast for main productions each season

The Young Artists scheme follows an artistic process like any other production. Rehearsals run alongside the main cast rehearsals and culminate in a main stage performance with the chorus and orchestra to a paying audience. The Young Artists benefit from a full rehearsal period, a dedicated language coach and the chance to learn how their role fits into the whole set-up – and they are paid a fee.

There isn’t a formal application process for the Young Artists Scheme. Once we’ve decided on the Young Artists production for the year, we audition those we would like to hear for the roles available, as we do for main casts, and then send out offers accordingly.

Artists are recruited from a host of places. We see a lot of singers in music college productions and keep a log of them, inviting them to audition if a suitable role comes up. Agents and other industry colleagues send suggestions, artists approach us directly via the website, and sometimes we move people up from the chorus.

We never compromise and auditions can go on for a while to find the right person for a role – we won’t just settle for whoever has been in touch. There has to be as much integrity casting-wise as for our main cast productions.

Crucially, we invite industry professionals and agents to the YA performance and introduce them to the artists. One of our alumni Nick Pritchard confirmed the importance of this: “The scheme was invaluable in the networking opportunities it offered with fellow artists, producers, managers and other industry professionals.”

The scheme has now become a source of talent in the industry, with former Young Artists being cast for main productions each season. Last year, our main season included a director, two conductors and 11 singers who started out on the Young Artists scheme. We’re also now seeing those artists work in companies across the world.

Joel Williams, a 2017 Young Artist, described the scheme as “a revelation”. He said: “It was my first professional contract with an opera company and it provided a really supportive atmosphere to make my debut on a major London stage.”

This year’s Young Artists will perform La Traviata on Monday 11 June, and speaking in rehearsal, baritone James Corrigan is excited: “It means an awful lot – it’s a great opportunity to be involved in a main-stage production. There is no safety net, it’s big and it’s going to be great.”

For more information about the Young Artists Scheme and how to get involved, email production@operahollandpark.com.