Art: a tool for questioning the present and imagining the future

Why doesn’t the education system place learning about image on an equal footing with learning about text and numbers? The language of image is more important now than ever, says Maria Angelica Madero. 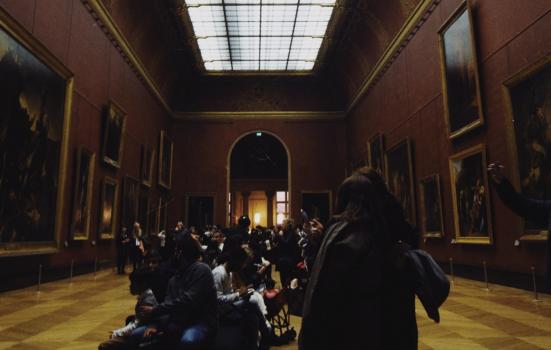 We are always looking, but that doesn’t mean we are seeing. We are taught at school how to write and read, but we are seldom taught how to read images and understand their messages. Nowadays, we consume more images than anything else, and most of the time we are not aware of what they are telling us.

Yet images are not innocent. As Alfredo Jaar says “Every image contains a conception of the world.” We rarely challenge those conceptions.

In the middle ages, people were not used to being exposed to images. They might only see one image in their entire lives. How times have changed. Thanks to our relationship with the digital world, we can be exposed to a thousand images every second. Our relationship with the digital world is constantly being mediated by technology, which challenges us to rethink our connection to the visual. For instance, how do we read virtual reality or machine vision? How can we engage critically with advertisements? These are questions that are relevant to many areas of knowledge, not only art.

Most communications are image-based. To read images doesn’t mean to know the elements of art and the principles of design, just as reading a text doesn’t mean to identify the subject, the verb and the noun. Reading images has to do with an active engagement, and this is the power of art. Art is not the end, but the means to an end; art is a process. In this process, a dynamic engagement with the world has an impact on our subjectivity.

Images are also a language and as such they comprise a complex system of multiple layers that don’t fully represent reality. If one person observes an object and another observes it having taken hallucinogenic substances, their perceptions will be different. Our perception partly builds reality, but this reality is not exhausted in our perceptions. As John Berger says in his Ways of Seeing “every image embodies a way of seeing”, and every person sees an image in a unique way. But those ways of seeing the world are not enclosed by a subjective perspective of things. This means that they can have an impact on reality.

A good example is Galileo Galilei, who in the early seventeenth century pointed out to the sky to see the moon. His expertise in perspective and chiaroscuro (light and dark) drawing meant he was able for the first time ever to understand that the spots of the moon were caused by the shades and shadows of high mountains and deep valleys, and in 1610 he made perspective pictures of the lunar surface.

Learning to see what others can’t

Galilei could read the moon’s geography because he was trained to read the moon as an image and could interpret the holes as valleys. His eyes could see what others couldn’t. This is just one example of how science and art are related, and how art is a tool to expand knowledge – a way to question the present and imagine the future, because it is a tool for speculation. It also deals with plasticity, giving form and taking form. Although art firstly comes through the eyes, it is not only visual, because it also deals with matter. Consequently, art is completely interdisciplinary. It borrows techniques from other methodologies and is influenced by the knowledge of the world. It is not just about skills, but about finding new connections and relationships.

A new approach to learning

So what does this all mean for education?  At the London Interdisciplinary School, art is not siloed, reduced to simply producing artists. Artistic methodologies are woven into the curriculum and, for example, enable students to interrogate data while developing their own ways of thinking. It’s about helping people with sharp eyes to see and question the visual world we live in, developing engaged individuals with civic imagination and sensibility to the world's problems.

Having an interdisciplinary view of things means that we can problematise and see the world through different perspectives, which enlarges our understanding. Images have codes to read and question reality, just like numerical and text-based learning. Visual learning enables students to view and process problems differently, revealing things they wouldn’t have seen otherwise. Because as I said at the start, we are always looking, but that doesn’t mean we are seeing.

Art: a tool for questioning the present and imagining the future