Perceptions of creative ageing have been transformed over the past decade, says David Cutler. 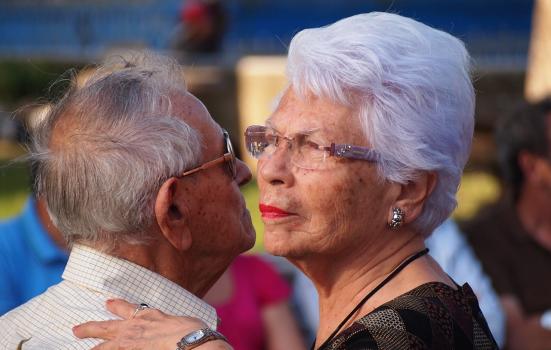 Ten years ago, the Baring Foundation announced its intention to change the focus of its funding from ‘Arts and Refugees’ to ‘Arts and Older People’, and published a mapping study of the state of the field called ‘Ageing Artfully’. Next month, we will publish an independent analysis, by Dr Rebecca Gordon-Nesbitt of King’s College London, of what has happened over those ten years in creative ageing in the UK.

Prior to that, we wanted to get a sense of what people working in the arts felt had been happening and commissioned a short opinion survey through ArtsProfessional. It achieved a fairly high response rate, with 369 people replying and good coverage of the four nations of the UK and across different art forms.

Most people thought that things had changed over the last decade, with 62% thinking that more arts and culture organisations are seeking to engage older people and a very similar proportion saying that they or their organisation were now giving a greater priority to older people (66%). There was a measure of confidence around practice, with 62% stating they or their organisation have adequate expertise in working with older people. But there was a clear feeling that there was more still to do. The strongest message was to funders: 86% of respondents said that older people should be a higher priority for arts funders.

Outside of the survey, we also received some very interesting individual feedback questioning ageism in the arts sector when it comes to employment.

It feels to me as if there has been a lot of positive movement in the arts to recognise and celebrate the creativity of older people, their right to access culture and the need to be active in honouring this right. There were noble pioneers in the field of creative ageing long before the Baring Foundation took an interest, but at that time there were many arts organisations that expressed little interest in older people as participants. Perhaps they felt that older people were sufficiently served already or that participatory work with them was a little earnest and not a priority.

A decade of high quality and increasingly high profile work later (and you don’t get much more attention catching than the moving ‘Our Dementia Choir’ on the BBC) and that has changed. Most professional arts organisations would now feel it is a legitimate question to ask what they are doing in this field, and many of them would be able to give a good account of themselves. The national arts councils and the British Council are also all taking an active interest in this area, as well as some other funders. There are many reasons for this development, including a greater understanding of dementia and social isolation among older people, and increasing recognition by artists of this as a challenging and satisfying area of work.

Enjoying life through the arts

After ten years of funding arts and older people, we have now made our final grants in this field. We have made investments in each nation of the UK, which we hope will sustain work there. Most recently was the announcement of a new sector support body for England which will be created by a consortium led by Manchester Museums. This will complement our ongoing funding with Creative Scotland to Luminate, the creative ageing festival and development agency in Scotland; cARTrefu, the major artists in care homes programme with the Arts Council Wales; and a new arts and dementia fund with the Arts Council of Northern Ireland. We have just funded the first National Day of Arts in Care Homes with the Rayne Foundation. We will also be publishing a number of new resources and studies around creative ageing, including on diversity at home and on good practice abroad.

Although I already know that our new programme on Arts and Mental Health will provide plenty of challenge and stimulation, I have to admit to a sense of bereavement as we reach the end of a decade of funding of creative ageing. It has been a big and precious part of my life. I have met so many talented artists working in creative ageing, and even more older people who are expressing themselves and just enjoying life through the arts.

I very much hope that will be the future for us all.

This article is sponsored and contributed by the Baring Foundation.

David Cutler is Director of the Baring Foundation and its arts programme.
baringfoundation.org.uk

‘Older and Wiser? Creative ageing in the UK 2010-2019’ by Rebecca Gordon-Nesbitt will be available at www.baringfoundation.org.uk from 14 November 2019.

The arts and mental health: a vibrant field flying under the radar
Ageing artfully
Creative ageing: a flourishing field