The case for cultural sanctions

James Doeser and Anna Marazuela Kim visited Kyiv last autumn to talk to cultural leaders about thriving cultural cities. Here they address what our sector can do in support of colleagues under siege in Ukraine. 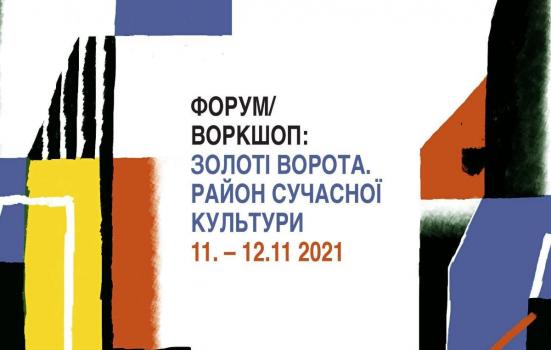 The creative industries are recognised as a strength of the Ukranian economy and there will be many of you with colleagues, collaborators and friends in a country that is now under siege.

Last November, we were approached by cultural leaders and entrepreneurs in Kyiv. They had discovered a report we wrote about good governance in Cultural Districts. They exemplified a new generation, committed to supporting contemporary artists and heritage in the plans for Kyiv's first Cultural District in the capital's Golden Gate neighbourhood.

We spent a few days in the company of a vibrant, cosmopolitan group. We spoke at a forum to exchange ideas and build a coalition of public and private stakeholders for the project: an event familiar to any of you who do this sort of thing for a living. As such, it was the typical overseas work trip: showcasing fine museums, a buzzing gallery scene, handsome historic theatres, gastronomy and cafe culture.

While our meetings were held in the shadow of an unspoken atmosphere of “Russian interference”, it was without any sense of urgency or crisis. The pandemic seemed much more pressing.

The power of cultural diplomacy

It's distressing, and frankly unimaginable, that the delegates we met just a few months ago are now in exile, in hiding, or defending their streets with state-issued AK-47s. At this critical moment they deserve our unreserved support.

Since the start of Putin’s war, we’ve been reeling from a mix of emotions: shock, fear, anger, anxiety. None of these are good for our wellbeing – and only exacerbate a feeling of impotence. Yet our sector has the potential to influence world events.

Cultural diplomacy and soft power are real tools of influence. The evidence shows that by boldly asserting our sector’s values, we can help achieve the wider strategic aim of mediating a brutal conflict.

This demands that we boycott, disengage, disinvite, no-platform, and otherwise exclude official Russian cultural partners from what we put in our galleries, on our stages, in our publications.

This is not punitive but strategic: to force conversations within Russian society between elites and the general public which confront the fact that their military policies have turned them into a pariah state.

When British orchestras and exhibitions go on overseas tours, the UK government rightly proclaims that they are a conduit for our values. Soft power is designed to increase tourism, investment and overall positive sentiment about a country.

In this respect, the approach of the Russian Federation is no different from our own. Our domestic cultural sector can – in our small way – help to neutralise their soft power as a nation.

We leave it to individual sector experts to determine the appropriate sanctions. Cancelling the visit of the Bolshoi Ballet was the right decision for the Royal Opera House. We imagine that museum directors are hastily revisiting plans for future exhibitions and loan agreements.

We are all collateral damage

Across the worlds of sport, film, music, art and elsewhere there are moves to isolate Russia. These will come at a cost to Russian artists and our own sector. A cost that we believe is worth paying, given the power of the arts in Putin's wider plan to destroy a sovereign nation and its culture.

The arts are a political tool in times of conflict. Just remember the Mariinsky Symphony Orchestra's performance at Palmyra's Roman Theatre after Russian action in Syria.

We also need to support Ukrainian cultural workers abroad: progress can be achieved by artists in exile. A more permissive visa system would help accommodate displaced people. There are many channels to provide resources to our friends in Kyiv and elsewhere.

This is not an article we wanted to write. We express our solidarity with colleagues in the arts and creative industries in Ukraine, but also in Russia. Whether we like it or not, we are all collateral damage in Putin’s war. Doing nothing is not an option.

The case for cultural sanctions