Are we witnessing the end of the audience?

Where ACE once sought to democratise high culture, it now emphasises subjective creativity. Has this made the idea of an ‘audience’ irrelevant, asks Steven Hadley. 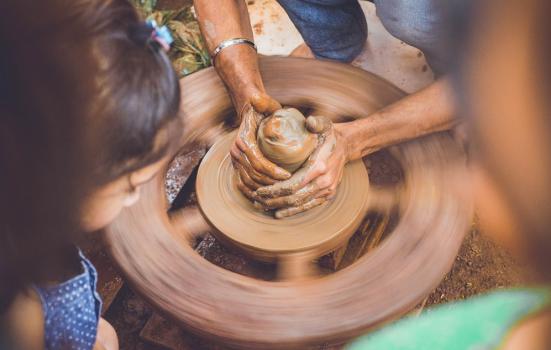 O wonder!
How many goodly creatures are there here!
How beauteous mankind is! O brave new world,
That has such people in't.
— William Shakespeare, The Tempest, Act V, Scene I, ll. 203–206

By 2030, Arts Council England (ACE) wants theirs to be a country where the creativity of each of us is valued and given the chance to flourish, and where every one of us has access to a remarkable range of high-quality cultural experiences. Everyone an artist at the opera, if you will.

That last sentence contains the idea from German artist Joseph Beuys that “everyone is an artist”. He meant that the human being is a creative being, that s/he is a creator, and can be productive in different ways. To Beuys, it was “irrelevant whether a product comes from a painter, from a sculptor, or from a physicist”. This idea is found again in Joan Littlewood’s phrase “everyone an artist or a scientist” – and reinvented by Stella Duffy’s Fun Palaces movement as “everyone an artist, everyone a scientist”.

“There is… a new creed emerging, to which we are totally opposed. This is the belief that because standards have been set by the traditional arts and because those arts are little enjoyed by the broad mass of people, the concept of quality is ‘irrelevant’. The term cultural democracy has been invoked by those who think in this way, to describe a policy which rejects discrimination between good and bad and cherishes the romantic notion that there is a “cultural dynamism” in the people, which will emerge if only they can be liberated from the cultural values hitherto accepted by an elite and from what one European ‘cultural expert’ has recently called ‘the cultural colonialism of the middle classes’.”

Compare this to ACE’s new ten-year strategy ‘Let’s Create’, which states that:

“We do not believe that certain types or scales of creative activity are inherently better or of greater value than others”.

Changing the rules of the game?

This statement indicates an apparent evolution in ACE’s thinking, going back to the Creative People and Places programme in 2013 and taking in 2018’s Cultural Democracy in Practice report. The shift, although currently only rhetorical (‘Let’s Create’ being a strategy, not an action plan) is significant. It is significant because at its core is an expression of the idea of cultural democracy.

As I have previously written with Ele Belfiore, the extent to which ACE understands this idea is debatable. But what in any case has it got to do with audience development? Well, ‘Let’s Create’ mentions audiences only occasionally (and ‘audience development’ not at all). Where they are mentioned, it is in the context of the need to strengthen and extend the work that is already underway in involving wider audiences, in order to reach audiences from all backgrounds and of all ages, and so that the work funded by ACE will excite and inspire and delight audiences. Audiences are going to be pretty tired after all that excitement, inspiration and delight. But will they still need to be developed?

Are we the baddies?

Vincent Dubois’ description of vocational occupations – such as those in arts management and audience development – tells us that they are attractive not so much for their material rewards as for the prestige and self-fulfilment they confer. They also require a strong personal commitment, which can be subjectively experienced in terms of passion and selflessness. In the ‘brave new world’ of a national policy framework for public subsidy of the arts which no longer considers there to be a scale of values, and which has foregone the idea of democratising culture, people working in audience development might be entitled to ask themselves whether they have suddenly become the baddies. The key challenge is to understand the relationship between the ideological thrust of audience development and the broader conversation around ‘creativity’ that has overtaken cultural policy.

In spring, ACE will publish its first Delivery Plan that will include a set of priorities and detail on how it intends to deliver the ‘Let’s Create’ strategy for 2020-23. Crucial to this implementation phase will be the extent to which engagement with ‘audiences’ can, or indeed should, be articulated within a context where value has been foregone in favour of a purely subjective idea of creativity.

Dr Steven Hadley is a Research Fellow at the National University of Ireland, Galway.

This article is a short, adapted version of a forthcoming chapter by Steven Hadley entitled ‘Are We the Baddies? Audience Development and Democratic Cultural Policy’ in the Routledge Companion to Audiences and the Performing Arts, edited by Matthew Reason, Lynne Conner, Katya Johanson and Ben Walmsley.

It is now the Spring, and has ACE has failed to produce their promised guidance on delivering against this new & quite different model, yet this week, arts bodies with no previous exposure to ACE are being asked to come up with an instant Let's Create implementation strategy as a condition of applying to the Coronavirus Emergency Grant Fund.