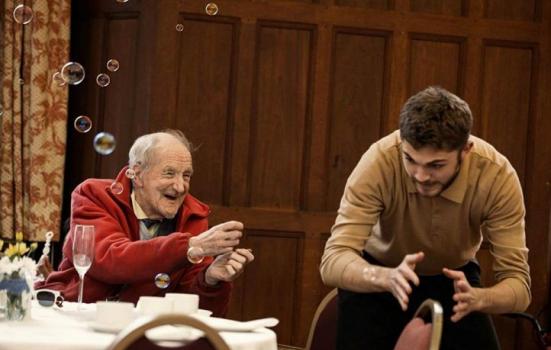 A performance of Chatback by Wyldwood Arts
Photo:

Bristol is known for its varied programme of arts and cultural activity and the range of locally grown but nationally and internationally recognised arts activity. Bristol City Council supports and develops this wide variety of arts and cultural activity in a number of ways, but like many local authorities we face significant financial challenges, with pressures across all services.

The culture budgets will be reduced by over 20% from 2018 with a further reduction expected in 2022. Simultaneously, a newly articulated Cultural Strategy – co-ordinated by a group of arts and culture professionals including the city’s Head of Culture, Laura Pye – has necessitated the overhaul of the previous funding model for the arts.

The previous system separated out funding between the Creative Seed Fund to seed new arts ideas and projects, and the Community Festivals Fund, both of which were annual funds renewed each year, and a Key Arts Provider Fund that supported larger organisations over three years.

Separating the funding into two small but similar funds over 12 months created a lot of work and did not provide certainty to organisations needing to plan over a longer period. Treating arts and events separately was not helpful and some organisations would be eligible for either, both or neither.

Other feedback was that larger organisations, that had missed out on the three years of funding, could perish before the next round.

We have addressed this by creating three funds with different cycles and amounts:

Specific conditions apply to each stream, but the aim is to make it simpler for the smaller amounts and straightforward for organisations to demonstrate how their bid meets the objectives of the fund. Any artform and festival may apply for any of the funding streams, rather than a specific fund for festivals and another for arts organisations.

There are clearly defined aims and objectives for the funding programme, and so assessments of funding bids will be made against them. One of the aims is to create resilient organisations that are able to thrive while relying less heavily on public subsidy, so evidence of good planning, finances and the ability to adapt to generating further income will be a requirement.

An open and transparent process

We have published application guidelines, criteria and explained how decisions will be made on each fund. An initial session with the sector was met positively and the feedback was absorbed into shaping the funds and the criteria.

Being open and transparent about the process of applying, the eligibility criteria, the decision-making process and the amounts of funding available is critical to gain the confidence of the city’s art sector.

We believe that by co-designing the funding streams, aligning it to our Cultural Strategy, and then sharing our plans widely and early on, and by using our own experience and expertise and taking advice from others, we have created a model that will continue to see arts and culture thrive in the city.

How have the arts been affected by recent changes in local government, and how can they be steered towards a thriving future? Have your say via ArtsProfessional’s short Pulse survey.