In these rapidly changing times, what new skills and attributes do our cultural leaders need? Sue Hoyle and Robbie Swale share the thoughts of Fellows on the Clore Leadership Programme. 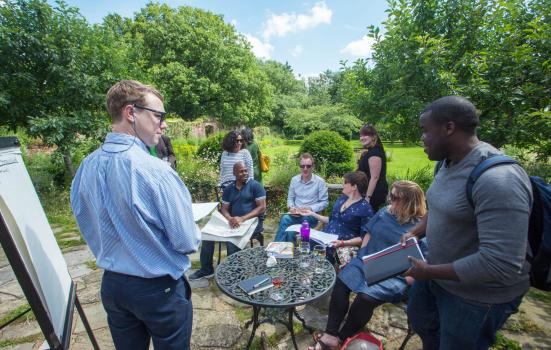 In July 2005, 27 cultural leaders were coming to the end of their year as the inaugural Fellows on the Clore Leadership Programme. Brought together for a residential course at Bore Place, an organic farm in Kent, they had no internet access, mobile phone signal or television, so it took a while for the news to seep through that London had been selected as host for the 2012 Olympics.

Cause for celebration indeed, as the Fellows imagined the opportunities the games might present for the cultural life not only of the capital but for the whole of the UK.

The grounding a leader needs is in their values, clarity about what they stand for and what they need to achieve, and their optimism, even in times of adversity

The following day, a very different news story reached them when they heard about the terrorist bomb attacks in central London. A group of Fellows was working on a presentation about ‘What Does it Mean to be British?’ so questions of national identity, civic society and cultural leadership were thrown into a very different focus. The world was more complex and uncertain than the day before.

The last decade has seen extraordinary shifts in technology and communications, politics and economics, demographics and social life, education and the environment.

More than a decade later, this year’s cohort of Clore Fellows gathered at Bore Place in a very different context. Following the UK’s referendum on membership of the EU, they too were asking themselves questions about cultural identity, community cohesion and the role of leaders in helping people find meaning in an ever-changing and unstable world.

The 2015/16 Fellows work across the UK and other parts of the world, including Brazil, Egypt, Ireland, India and Hong Kong, so they brought together a wide range of experiences.

From differing perspectives, they spoke of the widening gap between rich and poor, of political and economic instability, of challenges to freedom of expression, and a breakdown of trust between the electorate and mainstream political parties. They recognised the role that culture can play in helping people find their own voice, in offering a space for reflection, conversation and exchange, and in enabling everyone to be creative. This is both a challenge and an opportunity for cultural leaders.

The job of a leader remains in many ways the same as it always has: “The ability to conceive and articulate a direction and purpose, and to work with others to achieve that purpose in both benign and hostile circumstances.” (From the Report on Leadership for the Clore Duffield Foundation, Robert Hewison and John Holden.)

But there is a difference in emphasis in some of the skills and qualities that leaders need in today’s challenging environment.

The Fellows described a leader’s ‘body cultural’ – the range of qualities that enable a leader to bring about the change they desire.

Above all, a leader needs to be grounded but adaptable. The grounding a leader needs is in their values, clarity about what they stand for and what they need to achieve, and their optimism, even in times of adversity. They should have their feet firmly on the ground, be rooted in ambition (for their projects, not just for themselves) and have an energetic sense of purpose. 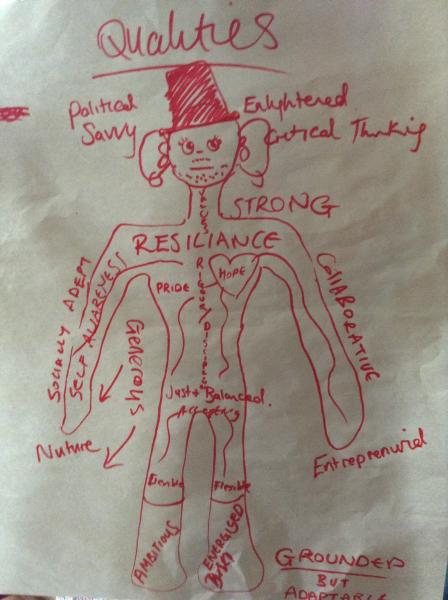 At the same time they need to be alert, nimble and ready to move quickly in response to opportunities. They have to be entrepreneurial and creative in devising new financial strategies in the context of shrinking public funding at all levels – local, regional, national and international.

They must be good listeners and politically savvy, but at their core they will have passion, drive and hope that will help them lead effectively, even in uncertain times.

The 21st century leader won’t do it alone. They aren’t selfish. They are generous and compassionate, accepting of difference and keen to look for synergies. They have a willingness to share power and work collaboratively across their organisation and the cultural sector, sharing knowledge and services.

They jointly advocate for culture rather than competing with one another, as initiatives such as the Cultural Learning Alliance, What Next? and the Creative Industries Federation demonstrate.

Leaders today recognise that culture and creativity help in placemaking, and that cultural leaders have a civic duty within their communities. Alliances beyond the cultural sector are being developed, partnerships based on mutual respect and trust.

In a fast-moving and unsettled world, leaders need to create time for reflection and critical thinking. They need to have the knowledge and insight to read between the lines, and at the same time to have the courage to be decisive and to act with appropriate speed. In other words, they need to be both considered and responsive.

Career paths have changed over the lifetime of the Clore Leadership Programme, for leaders more than most. With the advance of technology and communications, this pattern will likely continue with more flexible working and more portfolio careers. New approaches to leadership will be required.

Basing your career in a single organisation is no longer the only option, and alongside those who create change through larger and national organisations, our programmes are now peppered with entrepreneurial change-makers, working across their communities wherever they see the need.

But whatever path the 21st century leader treads, all leaders need to take people with them. Audiences, colleagues, staff and peers will need their support. Above all, a leader nurtures people, creating communities that don’t just survive but thrive in today’s world, and supporting and developing the next generation of leaders and artists who can pick up the baton after them.

If there is one thing that is certain in what can feel like very uncertain times, it is that the future will change swiftly too, in a world that is ever more connected.

We have just selected 27 new Fellows and 125 course participants to take part in our programme of activities in 2016/17. At the centre of our selection process, alongside other attributes like ambition and a passion for culture, we look for the self-awareness people need to make the most of the learning opportunities we offer and continue their learning throughout their careers.

It is in knowing themselves that leaders find the strength to hold to their values, to be resilient yet flexible, strong and supportive of one another. Above all, we need leaders who are optimistic at their core, and can bring people together in challenging times through a shared commitment to generosity, excellence and creativity that are at the very centre of arts and culture.

Sue Hoyle is Director and Robbie Swale is Fellowships and Operations Coordinator of the Clore Leadership Programme.
www.cloreleadership.org

Applications for the next round of leadership courses will open later this year. Register to receive further information.