Do trusts and foundations really favour some organisations over others? Sarah Miller explains what can move the Andrew Lloyd Webber Foundation to offer repeat funding. 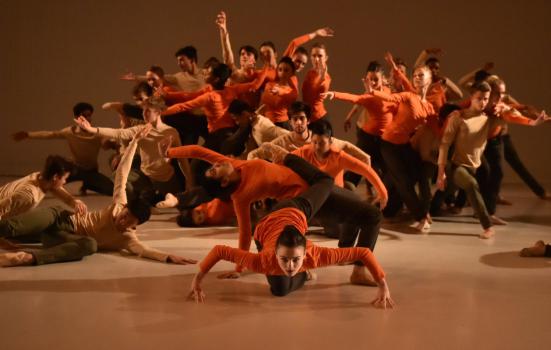 A performance of the Royal Ballet School’s aDvANCE project, funded by the Andrew Lloyd Webber Foundation from 2012 to 2015

Arts, culture and heritage? It would be hard to find a wider remit for charitable objectives but it is one that the Andrew Lloyd Webber Foundation grapples with daily. The charity follows the wishes of its settlor, Andrew Lloyd Webber, whose early interests included architecture as well as music and the performing arts, and who is also passionate about supporting young people to succeed in their artistic careers. In 2010 our trustees embarked on a new grant-giving programme and the Andrew Lloyd Webber Foundation now stands alongside established funders such as the Esmee Fairbairn, Paul Hamlyn and the Jerwood Foundations supporting a wide range of projects that both celebrate and preserve artistic heritage as well as nurture and encourage young performers and artists of the future.

We receive over 200 grant applications every year and in 2014 a total of £1.3m was awarded to support 36 projects and to fund 30 performing arts scholarships at renowned schools and colleges throughout the UK. Successful applications will demonstrate good leadership, provide professional guidance or training to nurture and encourage creative potential, target those who would not otherwise be able to participate, and ultimately make a positive difference to the way of life for individuals and within communities.

A strong grant application will be able to demonstrate past success and some degree of financial security. It is rare for us to be the sole source of finance. Rather, the trustees would prefer to give smaller grants to a larger number of organisations, thereby benefiting as wide a section of the public as possible. One of the most rewarding and significant achievements for the trustees has been to see how our funding can have a ‘beacon effect’ in raising a project’s profile and potential for funding from other sources.

“We have found that when we mention our support by the Andrew Lloyd Webber Foundation people tend to sit up and take note and generally take a keener interest in the educational work that we do.” That was the North East of Scotland Music School, which received £1,500 towards the costs of bringing visiting professional musicians to hold masterclasses and tutorials in an area where there is little opportunity for talented students to receive piano teaching at conservatoire level.

Repeat funding is not unheard of and if we recognise a project for being a leader in its field, both in terms of the quality of the provision and providing unique opportunities in the geographical location, we will certainly consider and occasionally invite a further application from the same organisation.

A current aim of the trustees is to support projects that increase the diversity of participants in the arts and enable those who wouldn’t otherwise be able to take part the opportunity to succeed. Chickenshed Theatre’s Young Creators programme, which provides over 80 young people every year with professional training, career advice and experience in a wide variety of performing arts disciplines, has been a recipient of funding for four years running. From acting and directing to stage management and music arrangement, Chickenshed’s all-inclusive policy brings those with learning difficulties together with able-bodied young people, creating a diverse vibrant environment. The programme is open to any young person who has the desire and motivation to participate, regardless of ability, need or prior educational attainment. Feedback cites not only increased ability and interest in the areas studied but also increased confidence, aspiration and improved leadership skills.

At Manchester Royal Exchange, the Young Company is a key part of the artistic development of the theatre, influencing decision-making and current practice and being provided with real professional experience. One of the highlights in our funding year was seeing ten members of the Young Company perform as the players in the Royal Exchange’s landmark production of Hamlet with Maxine Peake in the lead role. By providing a range of masterclasses and real opportunities to contribute and develop in a professional theatre, the Young Company stands out against similar youth theatre projects, and funding has now been agreed for the next three years.

Sixty-six women took part in the Clean Break performance and education workshops during the first period of Andrew Lloyd Webber Foundation funding. 77% were unemployed, 62% had mental health issues, 85% had a history of substance misuse and 61% had no qualifications. Remarkably for such a diverse and challenging group, the course completion rate was 79% and 29 achieved qualifications. The workshops included masterclasses at the Royal Central School of Speech and Drama and a Q&A at the Royal Court Theatre. All participants said their confidence had increased and felt they had more options to consider for their future. Two participants secured parts in Phyllida Lloyd’s production of Henry IV at the Donmar Warehouse. Such outcomes and positive impact could not be ignored – further funding was agreed for the project early in 2015

It is not only in the performing arts that repeat funding has been granted. The Historic England Angel Awards were founded by Andrew and English Heritage in 2011 with the Andrew Lloyd Webber Foundation funding over five years to celebrate the work of volunteers and local groups in rescuing and restoring important heritage sites for future generations. Since then the Angels have become the undisputed high point of the heritage year raising the profile of heritage and inspiring individuals to take action and save more heritage by providing stories that delight, entertain and move people to action. Not only have the Angel Awards been awarded annual funding until 2018, we have now established the Scottish Heritage Angel Awards, and the first celebration took place in Edinburgh in September.