The arts, sport or supper?

How can the arts, and ballet in particular, show that they represent value for money? David Jays compares a trip to the theatre or ballet with some similarly prestigious events. 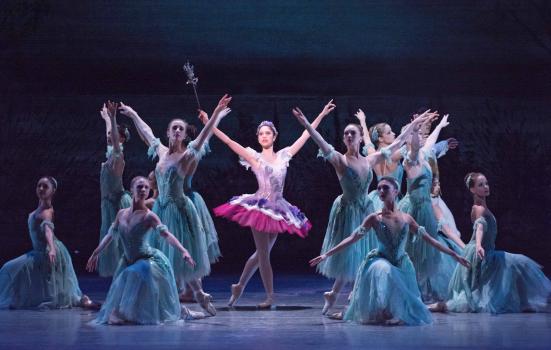 Beatriz Stix-Brunell as the Lilac Fairy and artists of The Royal Ballet in The Sleeping Beauty
Photo:

As an audience member, how do you measure value for money? It is an intensely individual question – everyone will have a different budget and a way to assess how meaningfully it can be used. Earlier this summer, I proposed trying to capture some ideas of measuring value in some infographics called Culture Wars. It was fun, it was informative and it was rather surprising: that is one way of measuring its value.

As I learned when I spoke to a representative of Northern Ballet for an article I wrote for AP on the ballet repertoire earlier this year, arts organisations face a cruelly competitive marketplace. Audiences may decide whether to give limited funds to a musical or a sporting event, a gig or a meal out, or perhaps a night at the ballet. How can you even begin to decide between them? And how does ballet – so often described as a Cinderella of the arts – communicate its own attractions to audiences? I enlisted the illustrator Christian Tate and journalist Lucy Marshall to research some figures and present them in a pleasingly eye-popping manner. For our comparison we put the Royal Ballet up against similarly prestigious events: from the FA Cup and Wimbledon finals, to Kylie Minogue at the O2 and the Book of Mormon musical, a meal at Dinner (Heston Blumenthal’s flagship London restaurant) and the Leicester Square Odeon, plus offerings at the Comedy Store, Fabric (nightclub for those who don’t know it) and the British Museum.

But how do you account for heartstrings plucked or for minds expanded?

Arts organisations have struggled for decades to demonstrate that they offer value for both subsidy and sponsorship. Whether the funding is public or private, they compile evidence of outreach achieved, audiences expanded. It is part of the assessment culture that, according to Vladimir Shcherban of Belarus Free Theatre “turns theatre professionals into grant writers”.

But how do you account for heartstrings plucked or for minds expanded? There is no way to put a price on the things we value. What is the price of your pulse racing as Carlos Acosta rips into a jump or of your tears as Manon meets her tragic end? What’s the worth of each belly laugh in Noises Off, or every synapse-snap in the latest Caryl Churchill? Still, we tried to flesh out our hunch that live performance – and especially ballet – was less exclusive than many might suppose. We looked at the price of a glass of wine (the Book of Mormon’s plonk is over twice the price of the Comedy Store’s), the duration of the entertainment (clubbing did well, though does anyone last a full eight hours at Fabric?), the size of the audience (90,000 for the FA Cup Final or 36 for a swanky meal at Dinner). We acknowledged the subjectivity of the question of value for money, cheerfully relying on anecdote and instinct to assess glamour and the possibility of romance – in both of which categories we thought ballet might score highly.

Other questions were truly eye-opening. As audiences also pursue the value of a unique experience, the live-ness of live performance is a massive asset. One of the most impressive metrics was totting up the number of live performers involved during a big night out at the ballet. For the Royal Ballet’s Sleeping Beauty it’s a boggling collation: 73 members of the orchestra, 69 dancers, eight students and four actors – 154 performers in all. Live-ness isn’t only about scale so there’s more to art than counting heads – otherwise the Edinburgh Tattoo would trounce everything else at festival time. But the sheer number of highly skilled artists filling every last scrap of the stage with engaged performance in a major ballet production cannot be ignored.

The squeal of pain from your credit card is where most of us register value for money most pressingly. A survey by the ticket marketplace StubHub reveals that British theatregoers spend on average just over £71 per person on a trip to the theatre. I value my theatre going very highly, which paradoxically is why I am so darn stingy about it. In order to see as much as possible, I have become a connoisseur of the cheap seats. Unless I am on review duty, you will probably find me looking around a pillar at the Almeida, hovering over the Royal Court website to bag a cheap Monday ticket or leaning on the Globe stage as a groundling.

And, as our mini-survey discovered, there are many options for the budget balletomane. Even at the Royal Opera House, you can see the world’s finest bound and spin in a Tchaikovsky classic for as little as £6. Again, if not reviewing I will be up in the amphitheatre or standing at the back of the stalls circle. Triple bills of shorter work are to my mind where creativity most often runs rampant at the ballet, and are even better value: the cheapest ticket is £4. We felt this compared very favourably with the other entertainments we considered. Yes, top whack at Covent Garden’s Sleeping Beauty was an eye-watering £122 (though that paled beside £148 for the Wimbledon final or £150 for the Book of Mormon’s premium seats). But nowhere else could we snag a ticket so cheaply: even cinema, clubbing and comedy were not quite so budget-friendly. Getting through the door for relatively little outlay, especially if you are trying an artform for the first time, is a huge bonus.

Arts organisations fret about widening access, and rightly so. Despite the best efforts of successive cheese-paring governments, the arts are for everyone. But there is no more successful way of achieving that aim than tackling the gross inflation of ticket prices. To many, the West End and the Ambassador Theatre Group network of theatres appear to be in a different league of extortion. The booking experience can feel more like a mugging. In contrast, Daniel Rosenthal’s engrossing new history of the National Theatre makes the point that “the reinvigoration and broadening of the NT’s audience” will be a major legacy of Nicholas Hytner’s tenure as director. Securing sponsorship from Travelex to offer lower ticket prices for many main stage productions has been a vital part of that achievement.

Doing the survey was in part a lark, but it was a lark with a serious aspect. In a climate of keen competition and dwindling funding, arts organisations and the people who love them have to find new ways of being advocates for the artforms to which they are committed. An affordable range of ticket prices, or the white-heat intensity of a live experience, will never convince someone for whom the idea of bouncy people in tights and tutus represents the antithesis of fun. But for someone nervous of trying something new, they just might help. The arts are not exclusive, they are not elitist, even though the argument about audiences can too often retreat to that territory. Dance, like all live performance, needs to counter those arguments and find new, persuasive reasons for engagement.

David Jays is the Editor of Dance Gazette.
@mrdavidjays
www.rad.org.uk/more/dance-gazette

David Bintley, director of the Birmingham Royal Ballet, explored how the Second World War was the making of British ballet and how fundamental the years of hardship and adversity were in getting the British public to embrace ballet in his BBC4 programme Dancing in the Blitz: How World War 2 made British ballet http://www.bbc.co.uk/programmes/p01s4z2h . It's really interesting how that came about - ballet didn't seem to be considered elitist then - what happened?

The arts, sport or supper?
A call for a richer repertoire