Through the digital glass

What do the emerging digital technologies mean for live events? Hannah Rudman is excited by a pair of glasses. 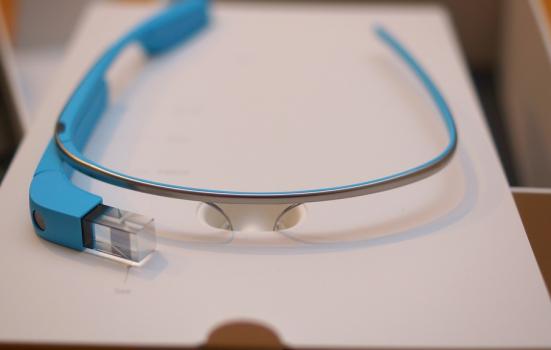 Until now our technological tools have been items we carry round, but today they are integrating with our physiology; we are effectively ‘hacking’ the human body and the senses. The emerging digital technologies will potentially blend together with the latest product and fashion design to ensure that smart specs, such as Google Glass, and other products like smart watches take off.

A transparent heads-up display helps you engage more with the world around you, rather than sucking you away from reality via a screen on a device

Augmented reality (AR) is an established technology. Some people already use AR when shopping. If a product has the right kind of bar code, QR code or symbol, you can point your phone or tablet’s camera at the product and see a layer of information about it, such as its price at other stores in the area or on the internet. You might even have had a cultural experience enhanced by AR, for example, through the apps of Nottingham City Museums and Galleries and the Museum of London.

However, consumers have largely rejected QR codes because reader software has to be installed on their device. They are not intuitive to use whereas emerging technologies like Google Glass and Clickable Paper are. It needs to be easy for the end-user so imagine if AR could happen directly in front of your eyes.

Although Google Glass is currently limited to about 1,500 prototype spectacle-like head-mounted sets, they are likely to go on mass sale later this year. The web trailer shows how wearable AR can enhance our lives: receiving live directions, taking and receiving photos and video, having real-time translation information overlaid on signs in a foreign language – all instantly and effortlessly. Also, removing the device that up to now you have had to carry round and instead make it part of you through a wearable accessory is extremely compelling. A transparent heads-up display helps you engage more with the world around you, rather than sucking you away from reality via a screen on a device.

This is the exciting potential for live events. People that want extra levels of engagement with digital content around an event will be able to access it, without it intruding on the pure live experience of others. Those annoying concert-goers that seem to spend the whole time on their mobiles, messaging, tweeting and watching the concert through their screens, obscuring your view with the glare of their device, will be history. Wearable smart specs will give them a tweet-ticker in the lower third of their vision and straight ahead will be a viewfinder for the pictures and videos they want to take and share.

Many venues, organisations and companies creating live experiences find themselves trying to do too much with too little, and too often on their own, in order to keep delivering core products, services and experiences for public engagement, enjoyment and participation. This digital development support is much needed…

A longer version of this article appeared in Australasian Leisure Management.