When we commissioned Jessica Hepburn to write about fundraising, she wondered if she really had anything new to say. She certainly has… 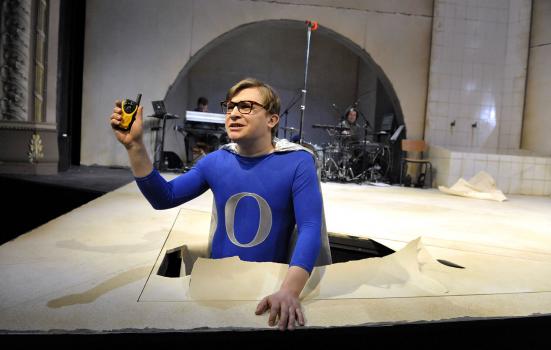 Several months ago I was asked to write this article on fundraising from the growing breed of trusts and foundations set up by the newly rich. I have been putting it off. I think I was asked to write the article because the Lyric Hammersmith has recently received a £1m donation from the Reuben Foundation as part of our £16.5m capital project, due for completion next year.

It is about knowing when it is the right time to ask, what you should ask for and who the best person is to do it

The Reuben Foundation, set up by the businessmen Simon and David Reuben in 2002, is still a relatively new charitable foundation when you compare it to something like the Esmée Fairbairn Foundation which has been around for over fifty years. The Reuben’s donation to the Lyric is also one of the biggest arts donations it has made, prompting many people to contact me to ask how we managed to get it. I hasten to add that this is not why I have been putting off writing the article. Despite always thinking of myself as an arts fundraiser (I started my career in Newcastle as a development assistant for Northern Stage), I have never thought of myself as being particularly good at raising money. Like most people, I am embarrassed at ‘making the ask’ and will spend hours tidying my inbox first. My procrastination about writing this article has been more to do with my anxiety about whether I have got anything insightful to say.

Then last weekend when I was swimming in the Serpentine in Hyde Park I had an epiphany. I realised that the new breed of trusts and foundations is exactly the same as the old. I had been asked to write about how arts organisations can make themselves attractive to securing donations from such foundations. In that moment, gliding through the water, I realised that maybe I did have some valuable advice to offer on the subject after all…

My advice is this. People give to people. Organisations don’t give to organisations. It is one of the common misconceptions that is made. In simple terms fundraising, whether it is from the old rich or the new rich, companies or trusts, individuals or governments, it is about knowing how to make friends with people, and how to make friends of friends of friends. And I do not say this glibly because I recognise that making friends is not always easy. We all know how tiresome those people are who want to talk far too much about themselves and never ask you a single question. Or those who ring you for a favour when you haven’t heard from them in years and then you never hear from them again. These are not people who make good fundraisers.

The people and their organisations that are the best at fundraising are the ones that listen. They make the effort to understand what makes someone tick and connect that with who they are and what they do in a considered way. Good friendships can take a long time to develop − sometimes years. You can’t rush them. It is about knowing when it is the right time to ask, what you should ask for and who the best person is to do it.

And finally it is about saying thank you, about never forgetting, however small a favour or donation you have received. If you get these vital things right, I can guarantee that you will open up your organisation to all sorts of funding opportunities from all sorts of people and the organisations they run. Because one of the great and unique things about human beings is that most of us are generous with what we have to give and really want to make friends.

Jessica Hepburn is Executive Director at the Lyric Hammersmith.
www.lyric.co.uk