Hull, on the long list for UK City of Culture 2017, is already benefiting from the bidding process as it celebrates its quirkiness. Jon Flinn explains all. 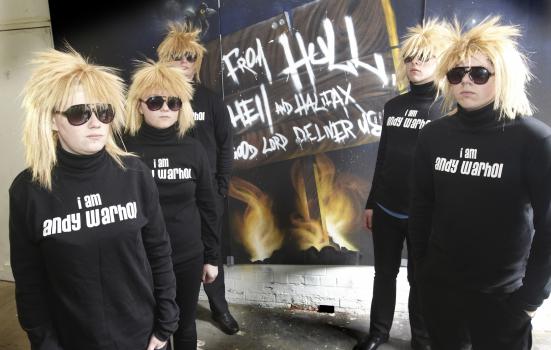 Of the eleven towns and cities bidding for the title of UK City of Culture 2017, Hull is one of the few to bid twice. We did not get shortlisted last time but judges praised a ‘well-written and presented bid’ which demonstrated need and added that we should be encouraged to have another go for 2017. So that is what we have done.

The public argument for going for a contest which costs £10m to deliver but brings no government assistance is tricky to make in times of cuts and council tax increases, but the local council has always been committed to learning from its experience. It has actually enshrined a repeat bid in a major new ten-year plan which uses cultural regeneration as the tool for reviving the city’s fortunes.

Three years ago judges said Hull had “limited cultural raw material” and a lack of programme content. Fair comment given that the bid team had great writing and technical expertise but minimal programming experience.

Hull’s second bid aims to nail both criticisms. It is helped by the fact that Hull’s independent creative scene has in just the last three years changed massively. Adrian Friedli, a former director of visual arts and literature at Arts Council England (ACE), returned to Hull last summer to run Artlink, a community arts centre, and says that the sector has developed a ‘punk’ attitude of just getting on and doing things. Like the crowd-sourced Humber Street Sesh, a music event with 170 bands playing which attracted audiences of more than 15,000 last summer.

Hull’s success in winning all of its £3m ACE Creative People and Places bid, down to a consortium led by Artlink and Volcom, a voluntary and community sector learning consortium, is another demonstration of how independents in the city have got their act together.

As a city, Hull still only has four national portfolio organisations (NPOs) but it can now demonstrate a local appetite for traditional visual arts, thanks to massively popular exhibitions of both Hockney and Da Vinci recently staged by the council’s Ferens Art Gallery, as well as a good track record of delivering crowd-pulling public events like the Olympics festival (the largest crowds outside London) and the growth of Freedom, Hull’s annual festival of street theatre, music, comedy and performance. There are still gaps in our cultural capacity and we highlight them in our bid – but then City of Culture should not be about the finished article. Even with the success of Freedom, the city still lacks some programming expertise, but then few relatively small councils can afford to maintain such specialist skills in-house these days.

Hull’s answer was to recruit one of its alumni, former Creative Scotland and NewcastleGateshead chief executive Andrew Dixon (Scotland’s loss is Hull’s gain) to lead the cultural visioning process, with an emphasis on programming content and building the long-term capacity of the city. His knowledge of Hull and experience with the World Summit, WOMEX, Visual Arts UK and bidding for European City of Culture unleashed a new level of cultural energy and ambition and cooperation between partners. Dixon’s approach was always to make the Hull bid distinctive. Our bid hangs on the phrase ‘From Hull, Hell and Halifax, Good Lord Deliver Us’, words from the Beggar’s Litany, a pamphlet published 400 years ago which continues to dramatically epitomise the popular (or unpopular) image of the city.

Engaging the city’s independent arts sector in developing the bid was surprisingly easy. We staged two workshops and each, at very short notice, attracted around 60 of the city’s leading artists, writers and musicians, other creative people and folk from key partners like the University of Hull and the city’s Bondholders. The sheer numbers of people turning up was due to several factors. Artlink and Volcom spent months developing a ‘ground-up’ approach to the Creative People and Places bid and we benefitted from the sheer goodwill and enthusiasm they generated by transforming grassroots scepticism into committed support for the city’s creative future. The arrival of Andrew Dixon as an ‘outsider’ able to get things and people moving played a part but so too did a palpable belief among people that this time Hull could just pull it off.

Everyone who came to the workshop was asked to bring an object which summed up their view of the city’s arts sector and wider creative scene and some consistent but useful messages came out. Paperweights with air bubbles and dot-to-dot books reinforced the widely held view that more needs to be done to bring different elements of the independent arts sector together – something we raised in the bid document we later produced.

The same sessions identified our four key programme themes. We have shied away from formulaic approaches and, true to the distinctiveness ambition, focused on the things that make Hull genuinely unique: Freedom (covering everything from our unique contribution to the Freedom movement from Wilberforce on, to the sense of space that has inspired artists from Hockney to Larkin); Roots and Routes – exploring heritage and history and Hull’s place at the heart of migration and transition; Made in Hull – reflecting Hull as the production base for everything from great theatre (John Godber among others) and sculpture (Richard Wilson’s Slipstream for Heathrow was made in Hull) to Brasso and caravans! Our fourth theme, ‘Quirky’, was easily identified. Throughout the two sessions it was the one word that kept cropping up to describe how people felt about Hull, reflecting on everything from its white phone boxes to the world’s first Museum of Club Culture, giant toads on street corners and artists planting gardens in cars.

We are proud of the bid we have produced. It shuns the clichés of language, narrative and image (only one waterfront picture) and instead celebrates Hull’s unique and highly distinctive contribution to culture in the UK. The programme puts local artists and creative people in the spotlight, draws on the city’s alumni, from filmmaker Mark Herman to Olympic Village artist Neville Gabie and former Poet Laureate Andrew Motion, and capitalises on planned partnerships with everyone from Yorkshire Sculpture Park, Opera North, the RSC and the Tate to NAI Architecture Holland and Harpa Music Reykjavik.

Whatever the outcome of the shortlisting in June, we have shown Hull for what it really is: a city with very significant and historic economic and social problems, but with an original take on the world and a genuine potential to use culture to really turn a corner.

Knocking with intent
Stepping out of the shadows
City of quirkiness