What is the value of the arts exactly and theatre-going in particular? Ben Walmsley asks why we engage in this mysterious pursuit and looks at the ‘evidence’... 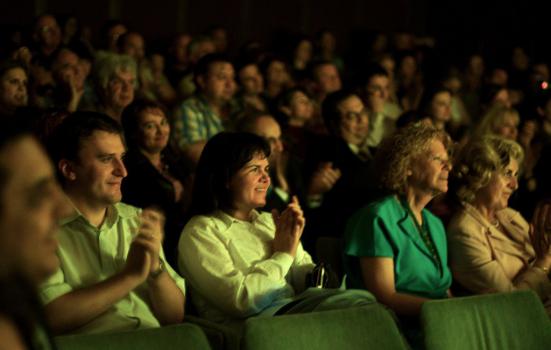 The impact of the arts is an age-old and controversial topic. Anyone who follows cultural policy or arts management debates on Twitter will know that tweets about the value of the arts often cause an avalanche of re-tweets and increasingly heated replies. So why, in the twenty-first century, are we still so unclear as to what impact the arts actually has on our lives and why is the topic so controversial?

Engaging with the arts is a mysterious pursuit. This has been highlighted by a number of studies, for example, in the work Tabitha White and Anne-Marie Hede1, who undertook a narrative enquiry into the impact of art on individuals by analysing a series of their diary entries. The Australian researchers concluded that the impact of art is “a complex and multilayered concept that is experienced and understood in a variety of ways contingent on each individual’s experience and perspective”.

Many claims have been made about the transformative power of the arts, and arts organisations often pepper their mission statements with claims of transforming individuals and communities. But although many of us working in the arts claim that the arts can transform people’s lives, there is actually very little evidence to support this. You might quite justifiably question why we need to find evidence at all. One answer is that many artists and arts organisations receive public funding, and Arts Council England is under pressure from Department of Culture, Media and Sport (DCMS), which in turn is under pressure from HM Treasury to evidence the impact of their investments.

I am interested in evidence based on listening to audiences, documenting their stories and observing their experiences

My view on this is that ‘evidence’ is a charged and laden term, which lies at the heart of the controversy that still mires those trying to explore and articulate the value of the arts. For many people (particularly artists, I suspect) the word evidence initially conjures up images of statistics, charts and box-ticking (I know it does for me). But as a qualitative researcher, I have tried to get over this inherent disdain and instead interpret evidence in a more holistic, human and artistic sense. I am not interested in the type of evidence produced by the Culture and Sport Evidence Programme (CASE) report2, which used methods like income compensation to reach laughable conclusions, such as that going to a concert at least once a week generates ‘subjective well being’ equivalent to a £9,000 increase in annual household income. I am interested in evidence based on listening to audiences, documenting their stories and observing their experiences.

While quantitative research has traditionally tried to measure impact in terms of instrumental benefits, qualitative enquiries take a softer, more intrinsic approach and focus more holistically on value. As François Matarasso3 has noted, the art of evaluation lies in “ensuring that the measurable does not drive out the immeasurable”. So my study on the impact of theatre on audiences aimed to employ a methodology that would enable the immeasurable to emerge. I essentially wanted to find out how theatre audiences articulate the impact that theatre has on their lives, both immediately and over time. In total, I interviewed 34 audience members at West Yorkshire Playhouse and Melbourne Theatre Company, asking them about why they went to the theatre, their most memorable experiences, their reactions and behaviour before, during and after a play, and what their lives would be like without theatre.

The biggest single motivator for theatre-going transpired to be emotional impact, with several respondents claiming to seek an ‘emotional release’. There was significant evidence of pre-show activity and flow, with respondents providing rich insights into its processes and purpose. For example, a retired English teacher from Leeds expressed her pleasure at seeing an audience reach ‘a pitch of anticipation’ before a play, while a 44-year-old consultant from Melbourne admitted to meditating for two minutes before a play to clear her mood. Flow was regularly discussed in terms of escapism and immersion, with one participant confiding: “I just love being in the theatre and in that world, so I escape for two or three hours and immerse myself in that particular world.” Others focused on collective flow, describing scenes where “you could have heard a pin drop” and moments of “laughing together, gasps or stunned silences”.

‘Edutainment’ emerged as the second most common driver for theatre-going, with over a third of respondents declaring that theatre enriches their lives by broadening their world view. A media studies student from Melbourne remarked that “theatre is a way to learn something about the world and your place within it”. However, there was sparse evidence of the self-improvement apparent in some arts benefits models. The only references to cognitive growth credited theatre with feeding the imagination and providing personal insight. Transformation was scarcely mentioned by participants, although the media studies student did describe her favourite production as ‘an almost life-changing experience’.

‘Wellbeing’ emerged as an umbrella term for the accumulation of other positive impacts – and participants accordingly described it in many different ways. Many younger participants described theatre as a release from work, while a retired primary school teacher spoke about the buzz he gets from theatre because it “gives me a lift, regenerates the batteries [and] pulls me away from the mundane”. This acknowledgement of theatre as a positive escape from the everyday echoed Schopenhauer’s view of the arts as a spiritual refuge. There was also evidence of spiritual engagement. An Australian nurse, for example, spoke about going on pilgrimages to London to see famous British actresses on stage and queuing to meet them afterwards. Another participant declared: “An audience goes in as individuals and goes out as a group… I love undergoing the communion thing – it’s more of a religious experience, it’s sacred to me.”

The long-term impact of theatre on people’s lives was described in depth by participants and was also reflected in their post-show behaviour. Over half of the respondents admitted to keeping programmes, tickets or even theatre diaries as mementoes of their theatre experiences and some spoke eloquently about the way theatre impacted on their lives. A retired headmaster in Leeds expressed this as follows: “Theatre deepens the quality of my life … it’s an enriching experience. I think about it a lot afterwards: these plays stay in your memory bank for years.”

Participants confirmed Alan Brown’s4 finding that the arts can improve relationships and family cohesion. Many respondents felt that theatre provided a shared memory bank and ideal opportunities to spend quality time with a partner. As one arts worker from Leeds expressed it, theatre can “jog the memory and cement relationships […] like a holiday or a house”. A brother and sister admitted that theatre lay at the core of their family culture, providing a catalyst for spending dedicated time together and providing a massive unifying force in the family.

Impact emerged as an almost omnipresent goal in the pursuit of theatre-going. Respondents regularly used terms such as ‘impactful’ and epithets like ‘powerful’ and ‘hard-hitting’ to describe their most memorable experiences. When asked to picture their lives without theatre, some respondents shrugged the question off, while others simply could not picture their lives without theatre. A university lecturer in Melbourne spoke of the "inspiration, support and reflexivity" she receives from theatre: “Theatre plays a very big part of my life. [Without it] I’d feel like I’d lost part of the support system of my life, it would make me feel isolated, like if someone said I can’t ever read books again. How would I communicate with that wide world?”

There are significant implications here for theatre-makers and marketers. From a marketing perspective, more sophisticated segmentation could uncover audience groups whose anticipation needs to be stoked and for whom post-show activities would add significant value. These groups could potentially be used as ‘value ambassadors’ to spread positive word of mouth about the impact theatre has on their lives. Future research might also explore how theatres could enhance the potential for flow to maximise audience impact.

The insights provided by the participants provided a rich bank of evidence about the impact of theatre on people’s lives, highlighting the fact that quantitative data and two-dimensional models can never capture the richness and complexity of arts engagement. Theatre was revealed as having a potentially powerful, immediate impact on all types of audiences and exerting a traceable cumulative impact on the lives of dedicated theatre-goers, whose lives would clearly be diminished without it.

Ben Walmsley is Lecturer in Creativity and Collaboration at the School of Performance and Cultural Industries, University of Leeds.

2) The CASE report was written by the EPPI Centre (2010), ‘Understanding the drivers, impact and value of engagement in culture and sport: an over-arching summary of the research’. London: DCMS