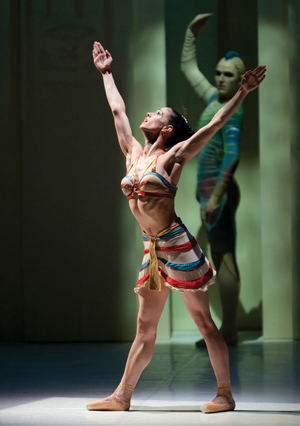 In March 2011 Northern Ballet was riding on the crest of a wave. We had officially opened our new £12m home – the largest dance centre in the UK outside London – and ‘Cleopatra’, the Company’s first new production for three years, had just opened to widespread critical acclaim. Such a buoyant start to the year meant that news that we were to receive a 15% cut in core funding from Arts Council England (ACE) for the period 2012–15 came as an unpleasant shock.

Northern Ballet gives more performances and tours more widely than any other UK-based ballet company. We also create more new full-length work: in his 11 years as Artistic Director, David Nixon OBE has created 13 new works for the Company. Our funding request to ACE reflected our true costs for 2012–15, based on a considered schedule of touring whilst allowing us to create new work, so the funding cut left us with some very difficult decisions to make. After much consideration, we reluctantly decided that the only feasible option to save money was potentially to reduce the number of dancers in the Company from 40 to 30, despite the fact that this would limit the repertoire we would be able to perform and the extent of the new work we could create.

We considered a range of ideas and originally came up with what we called the Buy Back a Dancer campaign, targeting major trusts and foundations. This was met with a positive response and we raised £150k from donors in a relevantly short space of time. It was a very encouraging start, but we still had a lot of support to generate. We continued to hone and improve the Buy Back a Dancer Campaign and it soon took on a different shape. Sponsor a Dancer was born – a public-facing campaign that was more positive in its message and more hands-on in its activity. Through this campaign we wanted people to engage with the dancers on a more personal level. We created a communications campaign that featured the dancers themselves, making direct appeals for support. We conducted interviews with them, in print and on film, about why continuing their careers with Northern Ballet was important and what sponsorship would mean to them personally.

We devised a number of packages for individuals and businesses ranging from £30 to £10,000. These were also related directly to the sponsored dancers, and benefits included signed photos through to watching the dancer in rehearsal or meeting them post-performance. We launched the campaign at a glittering event in October, surrounded by over 100 friends and supporters of the Company, including Alan Davey, Chief Executive of ACE, and attracting media interest from local television, radio and press. The dancers performed before joining guests for dinner.

The revised campaign immediately began to capture people’s imaginations. Interviews with the dancers and other spokespeople, and the Company’s innovative approach to addressing a financial problem head-on and in a proactive manner, attracted substantial media attention. This helped to deliver our message further afield. Since the launch, both the Buy Back a Dancer and Sponsor a Dancer campaigns combined have generated over £300k. It is a wonderful outcome and we are very proud to be able to say that this secures all our dancers within the Company for the next financial year.

We have been amazed by the levels of support and generosity people have shown. During Christmas performances of ‘Beauty & the Beast’ at Leeds Grand Theatre we organised bucket collections which raised more than £12k. This activity also generated a number of interview requests and references in reviews. Seeing dancers collecting money for the campaign really brought home the reality of the situation. Support is coming from all areas and recently Leeds Rugby demonstrated how sports and the arts can stand together, and how both have an important role to play in the cultural life of our city – by sponsoring a dancer.

I am pleased with how well the campaign has communicated the very real danger of our situation. It is often assumed that organisations can absorb cuts without the quality of the work it produces being affected, but this simply isn’t the reality in our case. The money we have raised so far will make a real difference to the future of the Company and to our individual dancers, especially when combined with other new income we have generated from trusts, foundations and corporate and individual donors. However, the battle is far from over; if we wish to maintain our full complement of dancers and continue to tour extensively and produce new work we will need to continue this fundraising success. 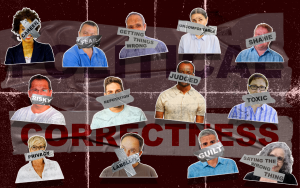