Only a third of artists’ income comes from their art, research finds

A newly-released Arts Council England report finds that portfolio careers are the norm among artists, and that the sector is dominated by women, who earn less from their art practice than men. 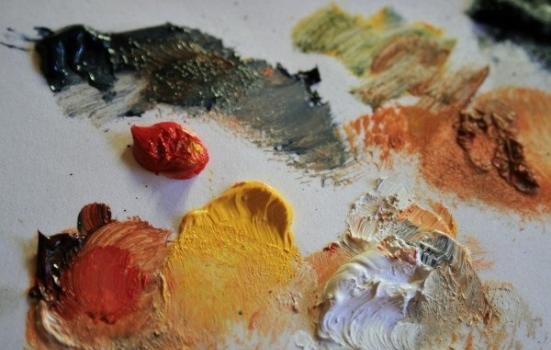 Just one third of the money earned by visual artists comes from producing art, and almost seven in ten (68%) artists have to take on additional jobs to make ends meet, a newly-published report by Arts Council England (ACE) reveals.

According to the Livelihoods of Visual Artists data report, artists earn an average of £16,150 each year, of which £6,020 (36%) comes from their art practice. The vast majority (two-thirds) earn less than £5k from their art, with 7% earning more than £20k.

The research also finds evidence of a “significant” gender pay gap in the sector and differences in pay for artists focusing on different mediums.

It reinforces conclusions from previous research that artists are more commonly motivated by artistic fulfilment and personal wellbeing than financial reward.

The much-anticipated report – confidential drafts of which were selectively circulated by ACE last year - has now been officially published, two years after the research was completed. It was produced in 2016 in partnership with a-n and the TBR consultancy firm, which has since ceased trading.

Its publication comes amid ongoing concerns about access to careers in the arts, and the gender pay gap in the cultural sector as a whole.

The research has shone new light on the portfolio careers of artists: 20% of respondents work three or more jobs, and of those taking jobs, a third have roles in fields with nothing to do with the arts.

Similarly, the report finds only one in five visual artists believe their work/art balance is correct.

“In simple terms,” the report notes, “the more time visual artists can spend on their art, the more they can earn from that art.

“But because incomes from arts practice alone are low, visual artists take other jobs to supplement their income, which in turn reduces the time available to spend on their arts practice.”

The steering group for the report, which comprised visual arts sector support organisations, commented: “This extensive piece of work confirms much of what we know from working with artists everyday: change is needed if we want to have a resilient and diverse visual arts sector in the future”.

6.5% of those who took part in the research identified as BAME, and 5% as having a disability – compared to 13% and 18% the UK workforce respectively. Men formed a much smaller proportion of visual artists (28%) than women, but were much more likely to be part of the “established” group of artists and to earn more from their art practice (£7,780) than women (£5,370).

“This research is an important first step in evidencing the barriers artists face and helping the visual arts sector plan for the future. By identifying the strategies we can collectively put in place to support artists we can help secure the future for visual artists.”

Writer and commentator Susan Jones, a doctoral researcher on the interrelationship between artists’ livelihoods and arts policy, believes that unless there are “sea changes” in ACE policies, structural barriers to address underrepresentation and inequality will remain in place.

Publicly-funded employment opportunities should acknowledge childbearing gaps in career progression expectations and understand the needs of artists relating to their family situation and local area, including the costs of childcare, she said.

Jones told AP that while ACE advises funding recipients to pay industry standard fees to artists, it does not make grant awards conditional on such action. She lamented a seeming lack of nuanced understanding about the differences between contemporary visual artists’ practices – including what artists are producing, whether their work is presented and sold, and the influence of local, regional, national and international factors.