Northern Ireland’s arts “teetering on the brink” as funding withheld

Political deadlock has forced the Arts Council of Northern Ireland to withhold 50% of all grants for its annually funded organisations. 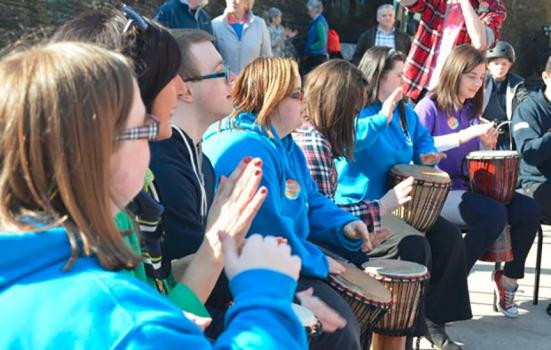 ACNI has been forced to withhold the money because the country has been left without a budget while the leading parties are locked in negotiations to form a new executive.

The 107 organisations that receive annual funding from ACNI were sent an email offering them just 50% of their annual grants, with no guarantee of when – or if – the remaining 50% will be paid.

Among the organisations affected are Ulster Orchestra and the Lyric Theatre, the Cathedral Quarter Arts Festival and Community Arts Partnership.

Ciaran McAuley, Chief Operating Officer for the Lyric Theatre said: “The Lyric’s artistic programme is planned between 12 and 18 months in advance so any uncertainty about funding is worrying and unwelcome.”

A spokesperson from the Arts Council of Northern Ireland said: “In the absence of a Budget Act and consequent limited release of funds to departments, the Arts Council is at this time releasing 50% of its intended annual award allocation to each arts organisation. This is an interim measure designed to ensure that funds can continue to flow to maintain key public services until the necessary budget decisions can be taken by ministers. The total planned allocation of funding to 107 organisations may be subject to change, depending on the eventual budget allocation to the Arts Council.”

Writing on his blog, Conor Shields, Chief Executive of the Belfast-based Community Arts Partnership, said: “Having witnessed five years of unprecedented cuts to the arts, with in-year cuts only two years ago, to now be faced with only a guarantee of funding until September leaves many organisations teetering on the brink.”

He continued: “There are many organisations that may have adequate reserves and therefore can afford to continue to programme and work as normal. However there will be a great deal more for whom the years of cuts have undermined their ability to ride out such funding storms. For those organisations there will be some earnest conversations around board tables.”

When asked what support they would be offering arts organisations, ACNI said: “It is the responsibility of the board of each arts organisation to plan and manage their own accounts and budgets in these difficult times.”

“We’re trying to remain positive,” said Sean Kelly, Director of the Cathedral Quarter Arts Festival. The festival is going ahead as planned later this month and the organisation has no plans to put staff on restrictive notice.

“While we are deeply concerned about the current political impasse and absence of a departmental budget, we’re working on the assumption that a budget will be forthcoming at some point in the next few months, albeit with perhaps a 5% cut,” he added.

Stormont has been locked in talks to form a power-sharing executive after the collapse of the previous government triggered a snap election on 2 March. The election brought an end to the unionist majority, with Sinn Féin securing one less seat than the Democratic Unionist Party.

Without a budget for the new financial year, senior civil servant David Sterling has used emergency powers to take control of a sum of money equivalent to 75% of last year’s budget. If no budget is in place by the end of July, he will gain the right to spend an amount equivalent to 95% of the budget.

ACNI was unable to tell AP how its own funding from the Department for Communities had been affected, but said: “We cannot guarantee the final 45% of our allocation to the sector in 2018 until it is confirmed by government.”

The grants for annually funded organisations cover programming and running costs, with National Lottery funds used to support the former and grant in aid the latter.

When asked if other funding streams would be affected by the budget issues, ACNI said: “We are awaiting further clarification and cannot speculate at this time.”