Chadderton steps down from UK Theatre 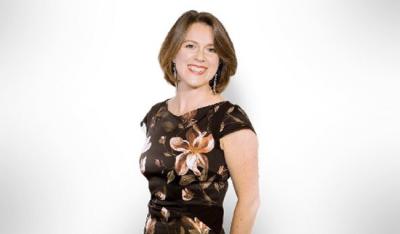 Cassie Chadderton's experience in the public and corporate sectors makes her the right fit for World Book Day, the charity says.

CASSIE CHADDERTON is to step down as Head of industry body UK Theatre after less than four years in post to become the first Chief Executive of World Book Day.

Chadderton, 44, said she was “thrilled” to be joining the organisation in October: “I’m looking forward to developing its ambition to give event more children and young people across the country and from all backgrounds, the chance to be excited about reading and books.”

The move marks a return to publishing for Chadderton, who started her career working with companies such as Fourth Estate, MacMillan and Little Brown. She has previously described the experience of working with different books and authors, including Kathy Reichs and James Ellroy, as one of the highlights of her career.

Reaching ‘deeper into the workplace’

World Book Day hopes Chadderton will help “galvanise an even wider constituency” to promote the benefits of reading at an early age.

A statement from the charity said that her experience in political and stakeholder relations within the arts sector showed her ability to promote the importance of the arts within the creative economy and “reach deeper into the workplace and corporate and public sector life” – a strategic focus for the organisation in recent years.

World Book Day has enjoyed one of its most successful years to date, with more than one million £1 books sold and another 20,000 given to prisoners to read to their children.

The organisation’s Chair, Stephen Lotinga, said: “Cassie’s experience both in the publishing sector and with Arts Council England and at UK Theatre are a perfect combination to take the charity into its next chapter.”

Chadderton joined UK Theatre in December 2015, having previously been Director of Media and Stakeholder Relations at Arts Council England.

Chadderton could not be reached for comment this week. In a feature for Voice Magazine last year, she called this role the biggest challenge of her career, saying: “It was hard to be at the Arts Council in 2007 when it was criticised for its funding decisions”.

A Trustee for the National Campaign for the Arts, Chadderton has championed diversifying the sector. In 2018 she called theatre “a very white middle class industry” and said the arts can be “complacent that change will happen without clear action just because it considers itself to be so liberal”.

Hollington recently started his own arts and culture consultancy... 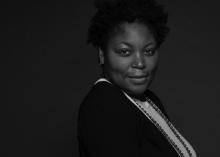 Whitley is Director of Chisenhale Gallery