Institutional favouritism lies at the heart of Arts Council England’s funding framework, and ACE does itself no favours by trying to defend the indefensible, says Liz Hill. 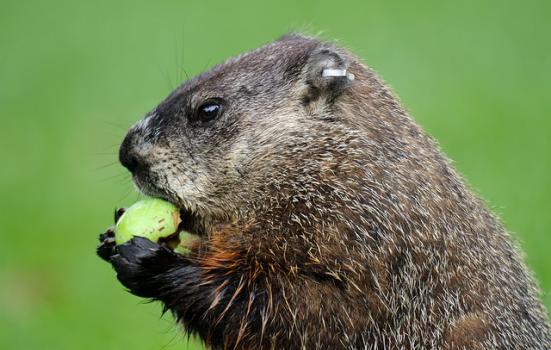 “Call me old fashioned, but I take the view that all Government-funded grant-making bodies should have sufficiently robust and transparent systems in place to protect both themselves and those who receive public money from allegations of misfeasance. Grant-giving is a serious business. Many recipients of public funding build their lives and livelihoods on the back of it, and losing a grant, or being turned down for one, can be both a personal and professional tragedy for those involved. Any suspicion that grants are being handed out improperly, or that favoured suppliers are being given preferential treatment, will always touch a nerve in the arts sector, even though few are ever willing to put their heads above the parapet to report suspicions of impropriety (and my blog Feel the fear gives my pennyworth on why this is the case). However much everyone hates the paperwork, dispassionately applying a set of rules offers the only chance of avoiding individual favouritism and institutional bias, and it is in the interests of both the grant-maker and grantee for these rules to be rigorously applied. Lobbying, off-the-record conversations and informal arrangements should never contribute to the process, as therein lie the potential for speculation as to how decisions were made.

Of course, allegations of ‘jobs for the boys’ are part and parcel of a grant-maker’s burden, and however honourably and even-handedly it tries to behave, unless it is also transparent and people can see the logic in the selection of certain artists, consultants or companies for particular grants or contracts, then questions are bound to be raised. If those questions are met with obfuscation and specious argument, then accusations of foul play are all the more likely to circulate.”

The words above could have been written last week, following AP’s investigation into why £300k of grant in aid is being paid to a private company to test a quality evaluation software solution for which Arts Council England (ACE) holds no intellectual property rights, and for which neither an invitation to tender nor application process were required. The breathtaking decision by ACE to refuse AP permission to publish a document they were obliged to send to us under Freedom of Information demonstrates just how much they want to hide it. (Why not put in your own FOI request and read it for yourself… it’s the only way you’ll get to see it).

It is an insidious, systemic problem that enables favoured organisations to by-pass standard grant-making or tender processes

In fact, the words above were written in 2012 about a completely different ACE grant. And now we are faced with the same story, same issues, same (or worse) dodgy practices that leave the sector with a sub-optimal outcome (to put it mildly), and almost everyone in the sector with a bitter taste in their mouths. Is this a one-off aberration that has arisen because a couple of ACE staff chose to break the rules? No. Just four months ago we reported another such instance which all started with ACE giving a £100k grant for a ‘good idea’ from its ‘hidden’ projects fund. It is an insidious, systemic problem that enables favoured organisations to by-pass standard grant-making or tender processes and should have no place in any public organisation – let alone one where government grant in aid is the most precious of commodities and is intended to support artistic endeavour.

Just two months ago I challenged ACE Chief Executive Darren Henley about his organisation’s record on transparency. He put up a robust defence, saying: “People play the Lottery, they pay their taxes; we have an obligation to explain how we’re investing that; to be as open as we possibly can; to make sure the processes we go through are as careful and as fair and as structured as we possibly can. That’s really, really important to us.” The problem is it’s clearly not important – though to be fair, new in post, Henley probably didn’t realise that when he said it. The question now is, what is he going to do about it?

He could start by asking his team to stop issuing cloudy statements of half-truths defending the indefensible. Yesterday ACE issued a statement about its Quality Metrics programme that dug its hole deeper still. It’s worth unpicking this to examine the depth of the hole.

First of all, let’s be clear, the ‘Quality Metrics framework’ is a fancy set of words for describing a research methodology, and there is nothing “unique” about asking people a few questions before and after a show, then asking the people who made the show and other people in the sector what they thought of it too. The original pilot may well have found that the framework provided “information that is not currently delivered by other evaluation systems”, but that’s because no other evaluation system has been given that set of questions to test.

The assertion that Counting What Counts is “best [my italics] placed to deliver this particular project” due to its “track record in supporting organisations to adopt the framework both in the UK and Australia”, seems to be based on blind faith. Last month I asked ACE, how, in the absence of a tender process, it could be sure it had “appointed the best/most cost effective/most experienced/most qualified supplier”, but no one would answer. Also, Counting What Counts was only registered as a company in 2014, and the home page of the Culture Counts website says “Contact us to be an early adopter [my italics]” of the system (though no doubt the wording will have been changed by the time you come to read this). It wouldn’t be my definition of a strong track record.

ACE says it used its shadowy hidden grant in aid budget to fund the Quality Metrics project because “the benefit of the 2015/16 phase of the Quality Metrics is to the sector”. Setting aside the questionable assertion that the sector will benefit from this work, it’s worth examining how others who “deliver clear benefit to the sector” are treated. Julie’s Bicycle, for example, is required to submit tenders and is issued with contracts rather than grants. No doubt ACE will dig another hole for itself trying to justify this difference in treatment.

As AP has been refused permission to publish the document that spells out the cost of using Culture Counts in the future, I can only quote from it. It’s very simple. ACE asked: “How much does a user account cost…?” They responded: “An annual subscription will be priced at £2,000… although we will allow individual event or evaluation report pricing engagement for a cultural organisation who wants to use the system but does not want to take out a full price subscription. We will however impose a scaling data charge for larger organisations… to reflect the costs of data storage incurred by Cultured Counts.” We tried to find out whether ACE is intending arts organisations to have to foot that bill, but were met with a no-decisions-have-been-made response.

And finally, ACE claims: “The majority of public investment to date has been towards the development of the metrics themselves.” The facts are that £75k has been granted to develop the questions which are indeed “an open source public product available to anyone to use”. A further £600k of public money has been used to enable arts organisations to gather in some answers to these questions using the Culture Counts ‘platform’. I don’t think many market research agencies would consider that to be a particularly good deal for piloting a questionnaire.