When the Games can’t go on

The stories behind the Olympic Games and other cultural mega-events are important, says Beatriz Garcia. Now is the time to look beyond their role as catalysts for real estate growth and commercial profit and rethink why we need them. 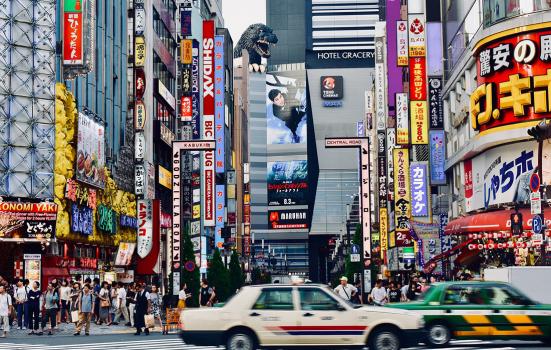 ‘The Games must go on’ was the famed line by Avery Brundage, president of the International Olympic Committee (IOC) from 1952 to 1972, and this has indeed been the stance taken by the IOC through times of challenge. Even the killing of 11 athletes by terrorists only interrupted the Munich 1972 Games by one day, and the Salt Lake 2002 Games went ahead on USA soil just a few months after 9/11.

But, as happened during the world wars of the 20th Century, there are times when events can force even the mighty Olympic movement to change course, a situation we now see with the global Coronavirus pandemic.

As a growing number of countries started to recommend or impose lockdown measures on whole populations, the official lighting of the Olympic flame took place in Greece, and Tokyo started its torch relay journey, supported by pre-designed film promotions of smiling athletes and cheerful crowds. It was a message completely out of touch with the reality engulfing the world.

Not only the Olympics, but every special event of any scale has now been forced to rethink its narrative, either because hosting a major public gathering is no longer feasible or because promoting its possibility is no longer fitting. Major festivals, from Glastonbury to the Edinburgh Festival, have had to rethink their entire proposition, whilst reeling from the imminent financial loss.

This is particularly challenging for one-off event hosts which had been building towards their chance of presenting a ‘once-in-a-lifetime’ opportunity. The organisers must now adapt their narrative-building mechanisms and invest in new ways to celebrate the efforts of their participants and contributors.

From local street festivals to mega-events, celebratory activities enrich our social life by establishing continuously renewed rituals, traditions, and collective memories. The Olympic Games is no different, and has become the global template for international events, bringing education, culture, and sport into one programme.

In Tokyo, a four-year Cultural Olympiad was launched in September 2016. Like athletes, artists and cultural operators had been working towards this summer’s global rendezvous, though most of the cultural programme was planned to occur either before or after the Games.

All regions in Japan have been involved in Olympic inspired cultural programming of some sort, responding to Beyond 2020, an open call by the government which, in a similar vein to the London 2012 Cultural Olympiad Legacy Trust UK programme, aims to build a long-term legacy. Some programmes have already borne fruit, such as the earthquake relief and community-building programme taking place throughout the Tohoku region, where a major puppet has been constructed with children from all neighbourhoods.

Work has also advanced towards the showcase and celebration of artists with disabilities as well as other minorities, including the LGTB community, that have traditionally been denied the spotlight in Japan. Building on the London 2012 Games Inspire programme, ONE was to be a breakthrough for the Japanese, scheduled for the period connecting the Olympic and the Paralympic Games.

Tokyo had promised to deliver ‘the most innovative Games in history’. Can Games organisers rise to the challenge and use this enforced gap-year for new forms of collective but digitally mediated moments? Will technologically-savvy Japan come up with a creative solution so as to share some of the cultural stories behind the Games? This is the time to give a platform to creative voices that can explain and build momentum towards what athletes cannot yet express themselves.

Stories must be told

Many questions remain about what postponement will mean to each of the one-off events being cancelled this year and aspiring to take the limelight at a later date. How can they find the right timing, secure the large participant and spectator crowds they originally expected and gather the national or international spotlight as part of a previously filled calendar? How generous will other event hosts be to their needs, when it is their turn to shine?

What stories can be told? What energy, creative resources and willpower do organisers and aspiring participants have left in order to share what they had hoped for – or what they have already achieved – while building up for their special event?

These stories are important because now is the time to rethink what is at the heart of a mega-event and why we need them – beyond their role as catalysts for real estate growth and commercial profit. If it is true that these events exist in order to inspire us as human beings, the creative minds behind these events should find ways of sharing with us the background to the big show: they should tell us about what takes place behind the curtain and before the podium.

If event organisers can show us how meaningful their enterprise really is, this will add value and credibility to the Games and other mega-events. When it is safe to do so, we want to return with a renewed understanding of what makes them unique as national and international community builders.

When the Games can’t go on
A cultural blueprint