Time to reconsider the love affair between art and social science

As the benefits of arts participation aren’t always tangible or easily quantified, how can our obsession with data be compatible with achieving inclusion, asks Emma Harvey. 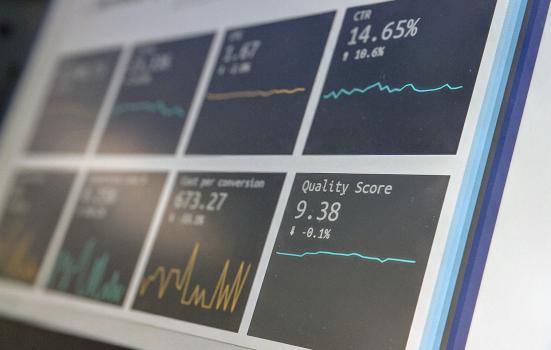 The need to gather data to evidence the value, effectiveness and impact of publicly subsidised arts provision can dominate the lives of arts practitioners.

Those who demand the monitoring of what we do have good intentions: to ensure those who receive funding are representative and relevant. When used well, data can bolster our case and make much needed points about the wider social conditions impacting on engagement in the arts, such as the de-prioritisation of creative subjects in the National Curriculum and the need to develop alternative pathways into creative industries.

Public investment in software solutions may aim to help us make sense of our messy humanness, but the allure of their apparently scientific method for evaluating impact can be over-simplistic and overlook the essence of what they are measuring. What’s more, the cost of using such systems to gather data can itself be prohibitive for many smaller organisations, who may have great reach, but need the evidence to prove it.

What’s more, as we’ve seen during the Covid-19 outbreak, everyone from politicians to our own friends can misapply and sculpt data to suit a chosen narrative. If that happens in the comparably more objective realm of physical science, then perhaps it’s time to reconsider the love affair between art and social science.

A matter of interpretation

When we see people are inspired by our work we want to shout about it, but the benefits of arts participation aren’t always tangible or easily quantified. The requirements of funders, combined with our own human urge to identify patterns, can lead to the links between data and fact being blurred.

Social Value UK, a professional body for social value and impact management, details some of the challenges in social impact measurement. For example, it’s hard to pinpoint the power a particular creative intervention has had on a person’s health, wellbeing or development when, at the same time, they may be engaging with numerous cultural experiences, groups, activities and spaces.

A good starting point would be acknowledging that we’re not – and don’t always have to be – the star of the show. But that’s just part of the problem. As well as trying to measure the value of art in people’s lives, we’ve become caught up as well in trying to evidence our economic worth. That’s a space where there are varying perceptions of what success looks like, and views can change over time.

When in 2012 The Department for Work and Pensions published its analysis of the impacts and costs of the Future Jobs Fund, which was peer reviewed by The National Institute of Economic and Social Research. The back-to-work scheme was labelled by then Prime Minister David Cameron as “one of the most ineffective jobs schemes there's been”. He said “it's a six-month programme, but one month after the programme [has finished] half the people that were on it are back on the dole. It failed." The scheme was discontinued.  Yet quantifiably and qualitatively, the data showed the chances of participants being employed or off benefits as a result of taking part was, “substantial, significant and positive... 2 years after starting the progamme participants were 11 percentage points more likely to be in unsubsidised employment.” Jonathan Portes, Professor of Economics at Kings College London concluded it was – “one of the most effective such schemes in recent history”(1).

That the same data can induce two such different conclusions poses a problem for evaluating schemes designed to promote inclusion, which are all about creating systemic, lasting change. This requires sustained efforts to measure impact, but tracking change over the long-term is complicated and expensive. A decline in public funding and the precariousness of the sector, compounded by the pandemic, won’t make this any simpler.

Our financial response to a global crisis now will no doubt translate to even less public money for the arts further down the line. As we come out the other side of this, there will be a more urgent need to pursue alternative forms of investment, formalised partnerships and mergers to strengthen our collective ability to widen scope and reach; it’s a road we’re going to have to tread carefully if we want to make the sector more, not less, representative.

On the flip side, different models such as employee ownership or community shares could build resilience and develop more confident and invested cultural stakeholders for the price of a Lottery ticket. It could also free us up to monitor less and deliver more, which could, in turn, enable us to invest in areas we know can make the sector more inclusive.

Choosing a Free or Open Source Software database platform over a proprietary system would be one way that public investment could stretch far beyond the organisation that are directly funded. That would mean smaller groups and independents could benefit from the software development, and any savings on systems would mean more resources for artists and alternative approaches.

But if all we do with the resources we have is measure what we’re told to and use the data ‘creatively’ to demonstrate our value, then we’re no longer artists, we’re bureaucrats. The outpouring of artistic offerings at a time of fear and uncertainty among artists and creative practitioners shows us what’s relevant. We know from existing data that a paid internship in an arts organisation for a young person from an unrepresented background will do more to diversify and breathe life into our future sector and economy than almost any other decision we could make.

We won’t have to so ardently measure our art if more people feel its value.

(1) The Future Jobs Fund: what a waste, (Jonathan Portes, 2012, The National Institute of Economic and Social Research)

Time to reconsider the love affair between art and social science
Letter: Facing a closed door