It is not trade that binds Europe together, it’s culture, argues Eric Lane. He explains how a reading campaign is engaging with the EU referendum debate. 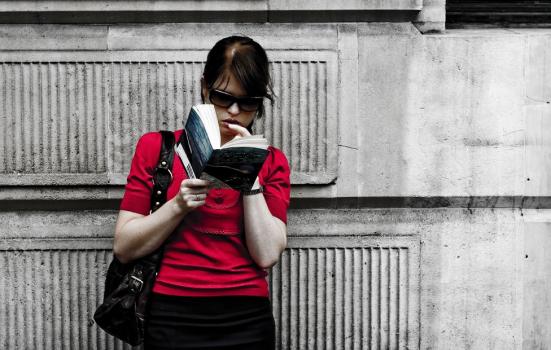 The current debate in the referendum campaign has been about claim and counter-claim about the economic or security consequences of remaining in or leaving the EU. For me this is the wrong way to go as we do not know with any certainty what those consequences will be. It is far better to decide on a more straightforward basis on how you feel about the EU.

In 1992 Dedalus celebrated the single market of the EU, not as a commercial opportunity but as a cultural event. We commissioned translations of fiction from all the existing EU member states and began publishing contemporary European fiction (we had only published classics before then) and European literary fantasy anthologies. For us this is what the EU project was all about. We were united not just by geography but by our cultural heritage.

In June I will be voting to stay in as I feel culturally part of Europe, and feel that rather than leaving it we should be finding out more about the history and culture of our EU neighbours. We need to be involved in shaping the Europe of the future and giving it a strong cultural dimension. Ultimately, it is not trade and security that will bind us together but culture.

A selection from Europe

At Dedalus, to coincide with the referendum, we have launched ‘Reading Europe from UK independent publishers’. We have selected 49 books from the 24 EU countries to enhance our knowledge of our neighbours’ history and culture. The remit was that each book had to enhance the reader’s knowledge of the history or the culture of the country in some way, being both a reading and learning experience.

For some countries we were spoilt for choice and for others the books selected themselves. In the case of Luxembourg we could not find a single title translated into English, so we gave its near neighbour Belgium four so that both French and Flemish titles could be equally represented.

Any list prepared in this way will be idiosyncratic but we see it as a starting point for a voyage of exploration. During May we will have national days for each EU country and we will be urging all English-language publishers around the world to promote their translated titles from that country or about that country on the national days. We are also in touch with some UK poetry publishers about doing something similar for poetry as we seek to widen the focus of the Reading Europe campaign. 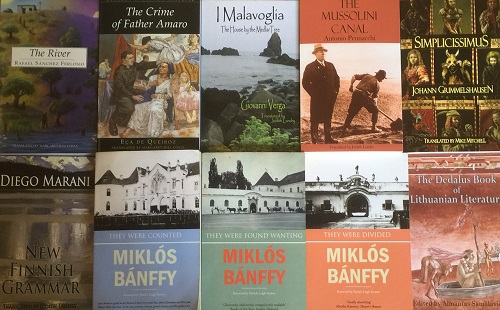 In June there will be author events around the UK and we will be promoting European fiction in translation up to polling day.

There is a wide spread of titles from classics and detective novels to serious contemporary literary fiction. They tell us many different things, but there are two main themes which unite a lot of the titles: war and its aftermath, and how the events of history turn people’s lives upside down and make them the playthings of fate.

War and its consequences feature in 18 books, beginning with Simplicissimus by Grimmelshausen, a German novel from 1688 about Europe’s longest war, in which the hero went from being a child soldier to an old man and changing sides several times before the Thirty Years War was finished.

One of the stand-out works is Miklos Banffy’s masterly The Transylvanian Trilogy, which charts the political machinations and turmoil in Hungary which led to WW1 and the break-up of the Austrian-Hungarian Empire. It sums up what we are looking for as it is both an education and a richly rewarding reading experience.

The focus on war and its aftermath is not accidental, as one of the reasons for the foundation of the EU was to bind the French and Germans together so war between them would be unthinkable. Would there have been a Balkan war if all the participants had been in the EU?