How to... network as an introvert

If you’re an introvert, don’t listen to advice telling you to change: you are awesome and you will succeed, advises David Taylor. 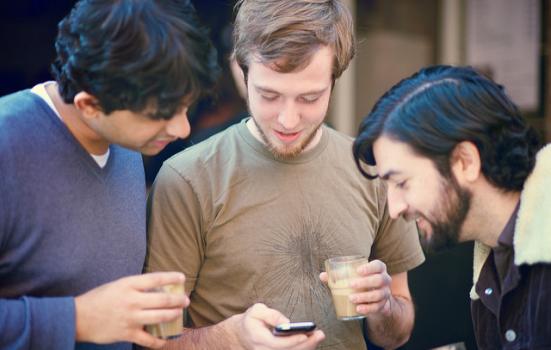 I recently returned to Birmingham Conservatoire (my old home) to sit on a panel at a careers conference. One theme that came up time and time again was the importance of networking. Towards the end of the session, one person asked:

“Networking is such an important skill and sounds vital to being successful. It is so much easier if you’re an extrovert. How do you do it if you are an introvert?”

Amazing question! Straight away identifying that not all of us are natural networkers. However, the answer they received was shocking:

I couldn’t work out if I was furious, shocked or appalled by this answer, which was both horrifying and detrimental. I nearly swore on stage and sadly I didn’t get the chance to input on the subject or to catch the musician at the end.

So, I write this for the wonderful introverted musician who was brave enough to ask such an incredible question and didn’t get the answer they deserved.

Yes, I have just been speaking on a panel at a university. Yes, I have been networking with important people, with what looks like ease. Yes, I have spoken in front of over 1,000 people before… However, I am an introvert. I am shy. I get cripplingly nervous in social situations. And I have found ways to make being an introvert work for me.

So, here are some tips.

If you find talking tricky the answer is easy: ask questions and let people talk

The more I talk to people about networking, the more amazed I am that no one seems to like it. They get that it’s important, but everyone will admit it’s a struggle and that they have fretted about it before.

This is a confession that I will probably regret: The first person I talk to at a networking event is a practise dummy. Let me explain…

Even though I have described who I am and what I do hundreds of times, I still cock it up. I turn up to events nervous, a bit stuttery and in need of reassurance. So, I practise talking to someone who is of no importance to my networking that day and do a dry run pitch on them.

This helps me in a few ways. Often I’m worried that my voice won’t work as it’s early in the day. Talking usually helps calm this, or at least it gets my coughs out. The lack of pressure also makes it a little easier. So what if I mess this one up? It’s not like it’s my big pitch of the day, where I’m wanting to really impress.

Talking to someone you don’t know also teaches you how to listen and how to make conversation flow. If this isn’t someone you were planning to talk to, you’re probably going to struggle to make the conversation work – if you can get a chat going with them, it’s going to feel easier with the next person.

Bizarrely, my practise dummy is usually the worst I will be all day. I tend to get better as the day goes on.

I’m not the biggest fan of crowds. I do better once I’ve settled in to things, but walking into a packed room of people already in conversation with one another can feel like hell.

Getting there early and easing into the day has really helped me. It’s quieter early on, you don’t have to raise your voice and you probably won’t have to fight for time either. It’s a much more relaxed environment and, by the time things get busier, you’ll be feeling more comfortable.

I also find one-on-one networking a lot less tiring than talking in groups, and there are more chances to do this early on.

Event organisers really want you to have a good time and do well at these things. If you don’t know anyone, go and find an organiser. Tell them what you do and the sort of people you’re looking to meet, and ask if they know anyone they could introduce you to. I’m certain they will say yes (if they say no, it’s not because you’re weird, it’s because they have 9,999 lanyards to give out or a stage to organise).

Be yourself – extroverts can be annoying

Just like playing an instrument, it’s a skill you’re going to have to practise

Let’s face it, those flamboyant extroverts can sometimes be dicks. By staying true to your own introverted personality, you’re not going to be in someone’s face or be insanely annoying.

This works in your favour. Being a bit quieter and not as forward can sometimes reap big rewards – people will really appreciate the fact you listen.

If you want to connect with someone, Twitter is a good way to make initial contact. Retweet or like a Tweet they post or, if you’re going to share a stage with them, tag them in a post or photo. This will break the ice before you meet, and means they will probably know who you are (but if they don’t, don’t sweat it – they probably haven’t had the time to follow things up).

If you find talking tricky the answer is easy: ask questions and let people talk. Most people love to talk about themselves, and being asked questions makes them feel important (and who doesn’t love to feel important?). You can probably have a whole conversation where you say four sentences.

I have massive adrenaline swings at these kinds of events. Sometimes a bit of time out and a coffee can help make sure you don’t burn out later, both in terms of energy and keeping on top of any negative thoughts. I also often have an adrenaline crash after networking, so have a banana or chocolate ready for the way home as a pick me up.

There are loads of resources and you’re not alone

Googling the words ‘networking introverts’ comes up with 424,000 results, including articles in The Guardian, Huffington Post, Harvard Business Review and Forbes Magazine.

By no means are you the only one. And introverts aren’t just asking for help, we’re also giving it to each other. Do a bit of research and you can find lots of support.

Networking is a skill.

Think of networking as a skill you can refine. It is something that you can and will get better at in your own special and unique way.

And so, here is my final message to that musician who asked the question about networking as an introvert:

YOU ARE AN INTROVERT

YOU ARE AN AWESOME PERSON

YOU DO NOT HAVE TO CHANGE TO SUCCEED

This article was first published on David Taylor’s website.

How to... network as an introvert
Time for changes