Financial support for the creative sector

With the new tax relief for exhibitions on the horizon, Sean Egan surveys the history of these government schemes. 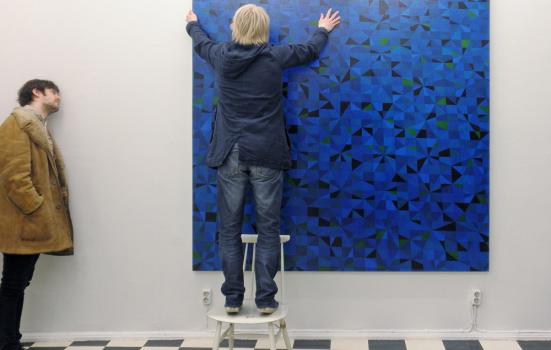 The HM Treasury consultation on the newest creative industries tax relief closed at the end of October. It is aimed at supporting temporary exhibitions in museums and galleries and is due to come into effect in April next year. It follows hard on the heels of theatre tax relief (introduced in September 2014) and orchestra tax relief (introduced this April).

HM Treasury is demonstrating that it wants to help different creative sectors, so long as a case for support can be made. There is a welcome flexibility in the design of new reliefs to benefit different sectors.

The film and related tax credits have always been intended as a means of leveraging additional commercial investment to increase film production activity in the UK. These tax credits are structured on the basis that they apply to British films (and similar cultural definitions for the related tax credits, as agreed with the EU) and only apply to expenditure treated as being made in the UK. These credits need to be extended periodically by the EU or potentially fall foul of state aid rules.

These tax breaks were structured as tax credits to enable additional deductions for qualifying films (or other qualifying productions), which would have the effect of reducing corporation tax. Or in some circumstances the applying company can claim a payment from HMRC in lieu of this reduction. This gives an indication over why all these tax breaks are structured around corporation tax and cannot apply to individuals or partnerships.

Theatre tax relief, orchestra tax relief and now the proposed museums and galleries tax relief all follow this established pattern, even though the application of these reliefs is very different to the way in which the film and related reliefs work.

The original notion of a creative industry tax credit to promote theatre was seen as a means of encouraging commercial investment in theatre by making commercial productions more financially attractive. The measure has undoubtedly made investing more attractive, particularly as commercial producers generally treat theatre tax relief claims as part of the income of the production that is used to recoup investments and then split with the producer as part of the profits. Theatre tax relief serves, in effect, to guarantee a minimum level of income irrespective of ticket sales, which improves the chances that investors will recoup and make profits.

Theatre tax relief marked a significant shift from the previous creative industry tax breaks in two major ways that have extended its impact.

First, the definition of the content of a qualifying performance is broad. There is no cultural test – a points calculation tying the production to the UK. This is due to this relief being structured to come under the de minimis provisions of the EU state aid rules, which means the relief does not need to be extended periodically by the EU (not so much of an issue now with Brexit pending).

The general practice for film-makers seeking to claim film tax relief is that the application is dealt with by professional advisers, usually specialist firms of accountants. This is necessary, particularly given the technical nature of determining whether expenditure is in the UK. After the theatre tax relief consultation, the requirement that the performance took place in a licensed theatre was dropped.

The final measure applies to UK companies wherever performances take place and irrespective of the cultural make-up of the works performed, and includes dance and some circus performances. There is, however, a minimum requirement that 25% of the production expenditure making up a claim is incurred in the European Economic Area.

HM Treasury helpfully accepts that subsidised theatre companies, if they are not making claims through the main company (which is usually a registered charity), can do so through a subsidiary company. The result is that many companies are able to put in claims themselves.

The decision to allow a relief for orchestras was a significant innovation given that the majority of claims are likely to be from not-for-profit organisations rather than commercial organisations. The rationale for support seems to have moved to recognising a need to provide assistance to an area where support is likely to create additional activity.

In principle, this means that to make a claim, the orchestra would have to submit details of income and expenditure for each performance. However, this has been substantially reduced by allowing orchestras to submit groups of performances as a single claim. The term ‘orchestra’ though is something of a misnomer as the measure applies equally to brass bands as well as jazz and folk performances – but all subject to the non-amplification requirement.

The museums and galleries tax relief proposal provides support to temporary and touring exhibitions – exhibitions that are planned as visiting more than one site or which are not in one place for more than a year. There seems to be a concern not to allow claims for permanent collections, though it may be that this will change as the relief would only apply to the costs of creating the exhibition and not ongoing costs.

The other main definition that will need to be refined is the place of a qualifying exhibition. The intention seems to be to tie the relief to a conventional museum or gallery space rather than allow site-specific exhibitions or ‘exhibitions in found spaces’, but this too may change.

It is particularly striking that the relief is aimed solely at not-for-profit museums and galleries and is therefore at the opposite end of the spectrum from the original film and related tax reliefs.

Given that this is a relief based on corporation tax, there is likely to be the need for major museums that are treated as part of government (through their status as non-departmental public bodies), as well as museums owned by local authorities, to restructure their activity in order to take advantage of this relief. This restructuring is not as dramatic as it may sound and is likely to be more than set off by significant benefits under the relief.

It is striking that this proposed relief also removes administrative burdens – which should help enormously. There are still points for discussion, but from past experience of how theatre and orchestra tax relief have worked, the measure should work well and be effective. 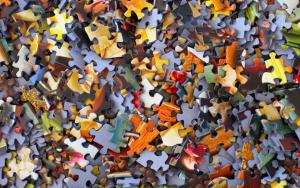