Climate is still an emergency in the age of Covid-19

Change needs public and political buy-in and art is the most effective way to communicate a complex concept to a population. It’s the key to unlocking a safer world, says David Buckland. 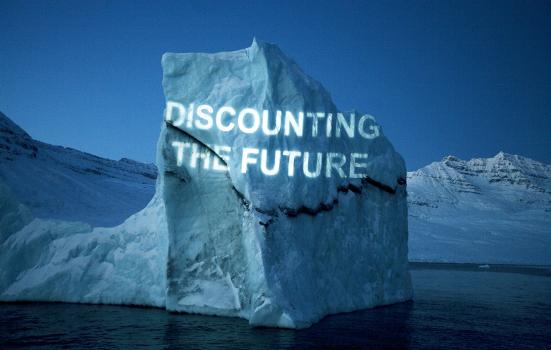 Global communities are experiencing an unprecedented cultural challenge: the temporary focus is the Covid-19 virus, but the longer-term one is climate change.

Each is and will continue affecting us profoundly. We are awash with journalistic comment and political pronouncements but what does it mean to be human now and how will that evolve in the coming months?

Cape Farewell believes in the power of the artist as weathervane of our times, a beacon voice in mapping our emotional, cultural and societal structure. Now more than ever, artists are uniquely placed to give us a cultural handle on what it means to be human, with a focus on our environmental footprint, the role of our physical ‘home’ and of our collective wellbeing.

Despite the world being in economic free-fall and physical movement restricted to the bare minimum, Cape Farewell is launching a four-month, online poetry project, Siren Poets, that will engage three South West poets to reach out and give voice to communities, through social media, during the pandemic.

Cape Farewell’s commitment to supporting artists, especially when income and opportunities are seriously challenged, is born from a conviction that the arts are a vital communication tool. The fluidity and creative juxtaposition found in artistic expression can cut through logic and rational argument to deliver richer meanings and resonance, helping us frame a picture of the future. This is what Cape Farewell’s maxim ‘Climate is Culture’ is all about: we understand that it requires a social and hence cultural shift to impact behaviour around climate change.

We have all watched as the current pandemic has drastically altered social and cultural behaviour in a matter of months and the impact on the environment has been marked. As a result of reduced travel and manufacturing, global CO2 emissions are expected to decline by 8% to levels of 10 years ago, although the rebound in emissions may be larger than the decline unless the wave of investment to restart the economy is dedicated to cleaner and more resilient energy infrastructure.

The catastrophic economic fallout has also been seized on as an opportunity by European leaders, amongst others, to call for a low-carbon recovery plan that will kickstart a new era of sustainable business. Recently, more than 100 environmental NGOs and one million European citizens have joined the calls for the EU to stimulate the economy through massive green investment efforts. Ed Miliband, Shadow Secretary of State for Business, Energy and Industrial Strategy, has called for a total commitment to a green economy as we claw our way out of a potential £337bn black hole in our finances.

We need to get these statistics up from one million to billions to make the impact that we need to arrest climate change. Fossil fuel usage has to be completely eradicated and, as activists like Greta Thunberg and Extinction Rebellion keep telling us, we don’t have much time to make these changes happen.

For a decade Cape Farewell was the cultural partner to the Swansea Bay Tidal lagoon. This inspired project would generate electricity from the power of the tides – the world’s first tidal lagoon – providing a reliable source of energy for any point in the future, generating power with tidal regularity, where other green source energy systems, reliant on unpredictable sun and wind, cannot. Building a 17km barrage in the sea off Swansea Bay needs cultural buy-in and the ambition is to have the first energy power plant that people want to visit by installing artworks, leisure centres and by creating a piece of inspiring architecture. Full planning permission was granted in 2017, yet the UK government failed to give a supportive feed-in tariff, even when an independent government commission review was 100% positive. Instead public monies were committed to fracking and French and Chinese Nuclear power.

Likewise as an adjunct to our Marshall Islands expedition now planned for July 2021, the Scottish- based Zero Emission Ship Technology Association (ZESTA), is a market-led solution to the highly polluting shipping industry, to which the Pacific Islands are particularly vulnerable. Their aim is to deliver hydrogen to ferry, fishing and transport shipping and wean this industry off the toxic fossil fuels on which it is currently reliant.

Such a change again needs public and political buy-in and as Madadh MacLaine, founder of ZESTA points out. “As you most evidently know, art is the most effective way to communicate a complex concept to a population. Tom Waits once said, ‘Songs don't belong to us. They come and lodge in our heads and if we don't listen, they will fly away to someone else’s mind’. I believe ideas like this are the same. They don't belong to any one person but come and lodge in many minds at the same time. If we sow the seeds of this idea across the pacific and into the hearts and minds of the peoples across the world we will see an energy transition on all levels. I'm working in the shipping, hydrogen and renewable energy sectors to push the change. We are at the tipping point. We need to guide this together to assure we tip in a way that pays off for people and planet.”

An audience for the voice and vision

Cape Farewell has been chipping away at the cultural shift for nearly twenty years now. Founded in 2001, we have worked with artists who have global reach. For our new project, we think back to the poets and writers who have created work along our journey, from Lemn Sissay to Ian McEwan, Gretel Ehrlich to Kay Syrad, Nick Drake to Vikram Seth. We hosted an annual Climate Poet-in-Residence from 2013 to 2016. Tom Chivers, Sabrina Mahfouz and Ahmed Zia each worked for a year with the open brief of climate change and our human footprint. Working closely with the Cape Farewell team and associated artists, each produced salient and profound poems that became books and slam events, were published in journals, through social media and on our website.

Siren Poets will commence virtually, but in time, as the virus retreats, at defined and safe points, the poets will join the collective residency of our other artists, the core Cape Farewell team and the abundance of environmental science and organic farmers that surround the WaterShed in Dorset, Cape Farewell’s HQ – a low-carbon, artists’ studio, workspace and office immersed in a wild, river-filled landscape.

We will work from the get-go to give a public audience to their voice and vision, tapping into our national and international networks, as well as our new South West partners to publish their poetry, digitally, setting up live poetry workshops and engaging in creative conversations with the public on and ultimately off-line.

This is an urgent opportunity: society will emerge from this time needing voice and visionary direction. The arts are vital not only to our spiritual wellbeing and healing, they are also the key to shifting our culture so that we can live in a healthier equilibrium with the climate.

Climate is still an emergency in the age of Covid-19