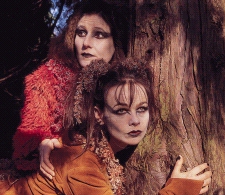 From any perspective, English Touring Opera (ETO) has a pretty good thing to do: to bring opera productions to cities and towns that usually don?t get other subsidised opera, and to work with the best young artists.
Since James Conway came to direct ETO a few months ago he has been impressed by the catholic understanding of those goals in the arts community. But persistent under-investment, falling sponsorship and an addiction to unachievable goals, means that things have to change?

English Touring Opera?s practice has had a coherent structure, refined by considerable experience: 2 tours, 2 new productions (1 popular, 1 not), 2 revivals, 26 players, 26 singers and 10 crew on the road. Some of the venues have dates pencilled before they even get the call. Everyone is paid the minimum recommended rates, though they are well looked after; everything is squeezed to make sure that the productions can travel as far as possible. This is part of a culture of belief in the value of the work, and a little less belief in anyone profiting from doing it. When there isn?t a show on there is a Summer School production, a workshop for the young, the old, the partially sighted or hearing, for trainee musicians, hospice residents, youth clubs, a talk for opera enthusiasts, a masterclass.

Comprehensive, noble, and very, very lean: adjectives that describe us well, on all our many good days. Another adjective works, too: under-funded. For many years, ETO has tried to do more than it has had funding to do. The downturn in commercial sponsorship has hit the company badly: the annual deficit is about equal to the kind of sponsorship the company once enjoyed. (Opera in the local theatre for local mortgage holders, pension payers and consumers isn?t sparking sponsorship interest in the same way as opera in frolics, pavilions and ha-has for the black tied, superbly sandwiched, offshore invested.) Chronic under-investment ? and maybe, too, an addiction to unachievable goals ? gives one the feeling of being a public service. It?s felt on a daily basis, with the computer network collapsing, the office rent doubling, bad debts emerging. It can be hard to remember that what one really has to do is make some art, and more particularly to create the conditions in which artists can work well.

Like most other opera companies in the UK, ETO has tried to lead artists to accept conditions that imply they are still training. Many of the artists we engage are at the early stages of their careers, but they are still 6-10 years into their professional training. True, for many years ETO was one of the very few companies offering roles to young singers and was a widely acknowledged ?stage? in an artist?s development. But things have changed: doesn?t every company engage artists straight out of college now? Aren?t the largest regional companies doing so, sometimes under the pleasant guise of training programmes, in order to present the newest names and to fill smaller parts cheaply? What then of all the accomplished, experienced artists in their thirties and forties and fifties? If everyone is training, and being paid trainee fees, what in the name of art are they all training for?

So ETO needs to rethink its training mantra, before training and use become confused. Maybe to start with we can mix more experienced artists with smaller numbers of beginners, and set our sights on doing less and paying better. In other areas, too, we need to rethink ourselves if we are to respond to a changing world: repertoire, touring patterns, outreach work.

UK regional opera has changed. Currently the poor old ?pot-boilers? (those great works of 19th century which have been so ravaged by reduction and ?tradition?) are widely performed by small scale and Eastern European companies, in a fashion that many people enjoy. There has ever been a taste for familiarity, for ease, for high volume. It would be silly for ETO to tour in the same wake. What repertoire can ETO do particularly well? - English repertory, sung in English, and operas written for a classical scale orchestra. That?s a start, anyway. It sounds challenging ? Ariadne on Naxos tours with Fledermaus in the spring, followed by Ariodante and The Turn of the Screw in the autumn, then A Midsummer Night?s Dream and Figaro in the next spring ? but I reckon we should have a go at assuming the most of our audiences.

ETO cannot travel everywhere. It?s hard for our audience to remember who we are when a year passes in between visits ? and we need that audience to support us, to attend loyally and to introduce other attenders, to become badly needed donors, to enhance our case with local authorities. A touring company forgoes that identity when it acquires one home; but a handful of homes, visited at least twice a year, together with other venues which best suit one visit, offers a new kind of regional identity. I am hoping that from spring 2003 we will start twice-annual visits to a family of venues, at which we will also base fringe performances between shows, and where we will try to develop partnerships with local arts organisations.

Now every company does outreach work: it?s time for a company that pioneered outreach work in opera to re-evaluate, especially when the Arts Council of England does not support ETO to do such work, and when some partners in venue management have little interest in facilitating it. We still have a passion to do it, but maybe in a different way, on larger scale projects, in specific communities, over longer periods. I guess we have to have a clear sense of the ways in which it will influence the rest of our opera production.

Of course, to rethink on this scale we have to look at our structure, in the office and on tour. With my appointment the Board joined artistic and administrative responsibilities for the first time in ETO history. I have in turn appointed a Director of Finance, and I am looking to appoint a Technical Director, and shift some responsibilities among the excellent existing staff. No doubt it is unsettling that I want every operation to go out for tender, and no doubt it is tiring that I insist every operational structure and relationship should be up for re-examination ? it might even seem downright silly sometimes, in an organisation that has so mastered economising. It?s just that systems get to have their own logic, and their own attendant values, and I guess I feel we have to start with what we want to see on stage and who we want to see in the audience, and have the logic and the values develop thence.

There?s still the deficit: what a presence that is, and what an effect it has on everything we do! (I wish someone could show me how to make a profit from quality middle scale touring opera). The good news is that there is a real will to change, from the Board right through to some of the committed freelance artists. The venues that welched are miserable, and may they be miserable and abandoned. Five months on, a nearly-new computer system (donated) is installed, and you can email us again. There is a local council who may learn to love us, and to house our outreach work. We are working on an in-house agreement with orchestra musicians, and have set targets for increased fees to singers. What?s more we have some cracking shows coming up, and all kinds of surprising artists are indicating they?d like to work with ETO. ETO has been a good thing ? and in times that have changed it can be a very good thing indeed.