What exactly is placemaking and how can it work in the UK? Torn between cynicism and hope, TC Peppercorn takes a closer look. 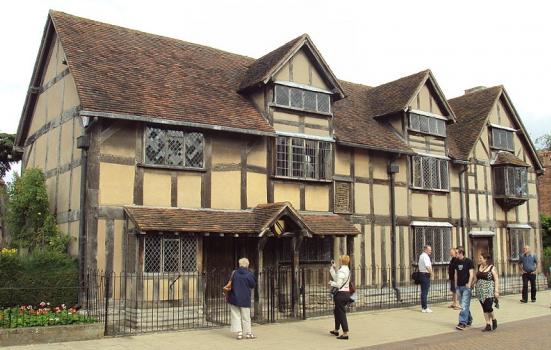 Stratford-upon-Avon has been ‘place-made’ by culture, but is it a nice place to live?
Photo:

If you, like me, usually use your common sense to figure out the meaning of the latest buzzwords, art guff and funding-speak, then you may have come to some vague conclusion that placemaking is the act of simply creating an identity for a town or city.

This might involve branding or a teased-out USP, which will probably include an element of arts or culture (like a festival) or a notable ex-resident who once wrote a slim volume of verse. You may, like me, have cynically ascribed the role of placemaking to local councils desperate to fulfil their remit of providing for their residents on a dwindling budget, trying to trick them into thinking their high street full of empty shopfronts is in fact a vibrant and creative cultural hub.

An audience with no jobs and no money is unlikely to be convinced by the link between arts, health, happiness and wellbeing and even less likely to pay for it

But how mistaken one can be. It turns out that placemaking as a concept was born in the 1960s and is, in fact “... a multi-faceted approach to the planning, design and management of public spaces”.

Furthermore, it “...capitalizes on a local community’s assets, inspiration, and potential, with the intention of creating public spaces that promote people’s health, happiness, and well being. Placemaking is both a process and a philosophy.” Thus, asserts the website of the American organisation Projects for Public Spaces (PPS), the supposed voice of authority on placemaking.

Its founder, William H Whyte, studied the behaviours of pedestrians in urban settings for 16 years, using his observations to inform theories of urban planning, which later became recognised as placemaking. Basically (and I paraphrase): design and build places for people that they can use in interesting and social ways.

So far, so obvious. But we all know that much urban design, from housing estates to town centres, from 1960s brutalist to the more recent affordable, has been created with an eye to the cost with very little attention being paid to the poor souls who have to call it home.

The architecture critic James S Russell declares placemaking to be ‘largely bogus’, saying: “Making great places is a more organic and less mechanical process than PPS makes it out to be.” Which is also to state the bleedin’ obvious. Humans need good design, but they also need the unquantifiable magic that just makes a place liveable. Which in my opinion is what ‘good design’ is all about.

Perhaps then the role of placemaking in the UK today is actually that of ‘place humanising’. Trying to work with an existing structure (either architectural or social) to make it more human-friendly, more fun. This might be on a vast scale such as the Salford Quays regeneration which has been ongoing for over 30 years and has included unthinkable levels of planning, consultation and strategy. Or the more modest Granby Four Streets project in Liverpool led by Turner Prize-winning Assemble.

The role of arts and culture

I’ve been thinking about places that have already been ‘made’ by arts and culture and how their identity, appeal and economy has been historically shaped, but also about how they are still being developed. As Shakespeare’s 400th anniversary is in full swing, I thought of Stratford-upon-Avon. Stratford undoubtedly has achieved ‘place-made’ status.

We all know its identity and story, as do millions worldwide. It is adored and financed by the thousands of tourists who visit annually to get a taste of Shakespeare and his Middle English culture. Economic impact has most definitely been achieved.

But I know people who have lived and worked there who tell a radically different tale. Their comments do not suggest it is a place that promotes their happiness or wellbeing. In fact, the very thing that made the place is also that which makes it less liveable for residents. I would imagine a similar story is told in Edinburgh and maybe even Hay-on-Wye.

It got me thinking about whether placemaking a town or city that didn’t happen to birth the Bard over four centuries ago was actually feasible (or desirable) by using the arts alone.

Manchester, much of which is arguably ‘place-made’ already by such delights as the newly redesigned Whitworth Art Gallery, is nonetheless still creatively moving forward with fresh arts initiatives in challenging areas of the city. There is the Manchester International Festival, launched in 2007. The new arts centre HOME opened in 2015 following an extensive period of public consultation led by communications company Creative Concern.

The area in which HOME is situated is seen as Manchester’s vibrant new neighbourhood and cultural destination, having previously hosted a chemical factory, gas works and a car park. When I visited one bright Sunday shortly after it opened, the whole area was deserted and I couldn’t get in due to the surprisingly late opening time of midday. But I have the distinct sense that Manchester will make the ‘if you build it, they will come’ approach to placemaking work. Because, like its neighbour Salford, it has been artful in connecting creativity with business and enterprise.

When I was briefly involved in one of the first phases of the Salford Quays development in 1990, I was struck by the way in which business premises had been planned to go in first. This brought in the workforce who would then need entertaining, generating the required disposable income and developing a sense of place and ownership.

Twenty-six years later, what I remember as a bleak dockland with two or three (mostly empty) 1980s office buildings is now home to the Lowry, Imperial War Museum North and Media City. It’s been led by canny money-spinning, but the arts and culture were absolutely planned in from the outset. This was illustrated by the project with which I was involved: a student fashion show in a vacant office suite. Build the offices first and the arts and cultural destinations second. Bring in those who must be there before expecting people to choose to be there. Shakespeare’s placemaking of Stratford is an ancient and outdated model.

Contrast this with The Public in West Bromwich, which lasted just five short years and did little to place-make its surrounding area other than as a bit of a laughing stock. Perhaps this is partly because it was plonked like an alien craft into a severely deprived area, while the shiny new shopping centre only materialised just as The Public was about to be shut down.

There were many accompanying issues, but those of us who work in the arts know that, in order to thrive, we must have a solid financial foundation strengthened by the need and buy-in of our audiences. An audience with no jobs and no money is unlikely to be convinced by the link between arts, health, happiness and wellbeing and even less likely to pay for it.

So, finally, to cities of culture. What better example of modern placemaking via arts and culture than this concept, inspired by the Liverpool European Capital of Culture 2008? Derry-Londonderry, the first UK City of Culture in 2013 reported evangelically that for every £1 of the £100m invested in cultural programming, £5 was earned for the city.

Hull, UK City of Culture 2017, is reported to be ‘on the cusp of social and economic change’. I’d really like to believe that these changes will be permanent and long-lasting. I fervently hope that, by sinking millions into the arts for a year, the residents will all become passionate about the arts and that their lives will be enhanced and enriched and that all the arts organisations, venues and creators will be secure and overbooked for the rest of time. Just like we all hoped that London 2012 would leave a legacy of fitness, activity and sports culture.

I was genuinely torn between cynicism and hope when I tried to decide if I thought placemaking using arts and culture was workable. As with most things, there is no ‘one size fits all’ approach. A big city with the confidence in its ability to attract international audiences and with the capacity for decades-long planning, needs to employ a quite different approach from a small market town in the Midlands that needs to give its own residents and businesses something to feel good about.

It’s a different time now from the cultural heyday that heralded the launch of many festivals and arts venues. These days, unless the long view is taken, unless true sustainability is built in, unless we start writing vision statements that peer more than three fundable years into the future, the current ‘flash in the pan’ style of placemaking is bound to fall flat on its well-intentioned, trendily designed face.

Placemaking to last
Enjoyment for all
Gatekeepers to the arts