A land of new possibilities

With a culture hungry population and one of the fastest growing economies in the world, India is ripe for cross-cultural collaboration, says Harpreet Kaur. 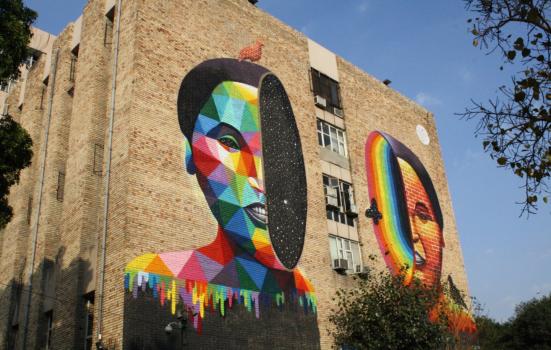 Having developed my arts management expertise and completed studies in international relations, my passion now lies in identifying cross-cultural opportunities between creative sectors. In December last year I began a six-month journey around India starting with Jagriti Yatra, a 15-day train journey with 500 young people from different states, all passionate about transforming the country through enterprise. Jagriti Yatra is associated with the Southbank Centre, with Jude Kelly and many members of her team boarding the train in recent years.

The creative industries in India are growing, with projects, festivals, events and enterprises developing daily. The Indian government does not support culture and arts development through allocated funds and there is no strategic model or arts policy being implemented at a national level (75% of people live in slums in Delhi and the arts are not quite the government’s priority at present). Yet initiatives and collaborative ventures continue to pop up all over the country. Many entrepreneurs are keen to collaborate with like-minded individuals to bring their dreams to life and create space in the market for new experiences.

The young generation are hyper-consumers of digital technology and new media, hungry for new ideas, artistic self-expression, travel and individuality

The young generation are hyper-consumers of digital technology and new media, hungry for new ideas, artistic self-expression, travel and individuality. The socio-economic environment they grow up in almost forces them to be entrepreneurs. What is happening in India at present is what took place in England in the 1960s, but executed differently. Design thinking is increasingly popular and is taught at university, but here creative ventures happen by partnering with sponsors or working on a range of projects simultaneously, allowing the income from one or two to feed into the artistic aims.

The Coalition, which took place in Delhi in February, is India’s annual meet-up for such innovators and arty types. Designers, producers and creatives from India and abroad use this platform to share their experiences and models of good practice through panel discussions and workshops. As well as learning about specific projects and observing pitches for investment for new ideas, there is a strong emphasis on the need for good leadership.

The Kochi-Muziris Biennale is an international exhibition of contemporary art held in southern India. In 2012 it was the first ever biennale to take place in India, an initiative of the Kochi-Biennale Foundation with some support from the government of Kerala, but largely relying on sponsorship and online crowdfunding. The exhibition is set up in existing galleries, site-specific installations in public spaces, heritage buildings and disused structures. Indian and international artists such as Anish Kapoor exhibit artworks including film, installation, painting, sculpture, new media and performance art. Local people have acknowledged what the biennale has done for them, socio-economically and culturally, and in terms of putting Kochi on the international culture map.

In the last five years street art and urban projects have been hitting the streets in India’s metro cities. Historically many international graffiti artists have regularly returned and left their mark here. Now India has taken charge of its walls and the team at St.Art Festival is making sure that India’s cities including Mumbai and Delhi are on the global graffiti map. The founders of the festival have other commitments and income streams, but this is what they love and they will continue to do even though they are barely breaking even. Last year they created India’s tallest mural of Mahatma Gandhi on the Delhi police headquarters building, gaining government approval. As well as profiling exceptional Indian artists, the festival has been inviting world-renowned street artists from Tokyo, Portugal, Brazil and China to create a piece of art, often with a social or education project attached to it. They are attracting global media coverage and within just a few years have put India on the world stage for street art.

So how can creatives in the UK get involved and collaborate with one of the fastest growing economies in the world? Sujata Sen at the British Council in India shared with me a five-year plan running until 2018 to build connections between people and cultural institutions. Re-imagine Arts is being delivered in partnership with Arts Council England to deliver a wide programme of activity including developing cultural skills, creating new work through collaboration and developing the creative curriculum for arts education. UK arts institutions have already been invited to apply for funding to propose their project ideas and a second round of applications will take place later this year.

Elise Foster Vander Elst, a British national based in Mumbai for the past six years, runs Asia Arts Projects and told me what to consider when building a collaborative project with India. For outsiders it is too easy to make sweeping generalisations about the people and places in India when it is in fact a very complex country. Appropriate research is critical to ensure that any new venture is contextually relevant. She says: “India is a huge country with so many layers, so many audiences, so many unwritten rules, that it takes time to understand how to explore and challenge these frameworks in a way which is meaningful, respectful and engaging. Local knowledge is key in India, it's impossible to parachute in without having a solid support network.”

There are now several photography festivals across the country including FOCUS in Mumbai, as well as world-class exhibitions in museums. This is alongside a strong history of music and dance, and theatre that is becoming more experimental. The independent music scene is growing, and comedy and spoken word are increasingly popular among the younger generation. But there is still a gap in arts management and specialist marketing and PR companies. There are currently not enough arts professionals teaching in university or in informal programmes. Both an education platform for arts management and job creation in this area would make a vast difference to the creative economy in India. The future looks optimistic for the arts in India, as the energy for growth and experimentation is high on the agenda of the young generation.

Harpreet Kaur is a writer and creative producer.
www.harpreetkaurcreative.wordpress.com