Glasgow will be hosting the Turner Prize next year for the first time. Marie Christie believes that a partnership approach will make the event stronger and its reach wider. 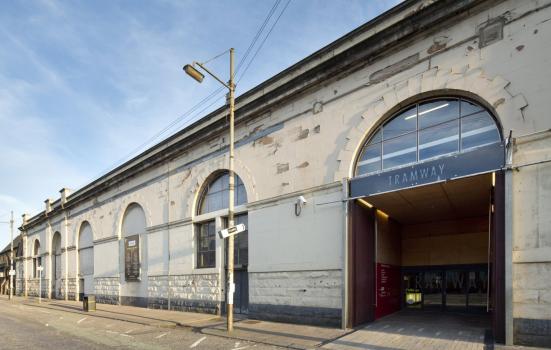 Glasgow's Tramway will host the Turner Prize in 2015

In 2015 the Turner Prize will be presented at Glasgow’s Tramway – the first time the prestigious prize has ever been awarded in Scotland. The prize is coming to Scotland thanks to a strong partnership between Glasgow Life, EventScotland, Glasgow City Marketing Bureau and Creative Scotland, and a collective relationship with Tate.

The bid to host the prize was developed in partnership and our model for delivery is exactly the same – all partners are responsible for making this a success. We want to cement Glasgow and Scotland’s reputation as a world-class centre for making, studying and experiencing contemporary visual art. Scotland has been a perfect stage for events, and partnerships are integral to the success of all major projects delivered in the country. It is important to recognise that no single organisation has the resources required to deliver this project alone and that by pooling funding and resources our offer becomes stronger, has more impact and will have a wider reach.

… no single organisation has the resources required to deliver this project alone and ... by pooling funding and resources our offer becomes stronger

Glasgow Life has long been a champion for the visual arts, as it is a particular strength of the city’s art scene (artistic community, tertiary education, production facilities and presentation spaces/opportunities), for which Glasgow has a justifiably strong reputation in the UK and internationally. Turner Prize 2015 aims to build on this significant reputation and the public’s growing appetite for contemporary visual art. Glasgow City Marketing Bureau believes that hosting this prestigious arts prize will further cement the city’s position as Scotland’s cultural capital and as an internationally recognised centre for the production and delivery of contemporary visual arts. As the national public body for the arts, bringing the Turner Prize to Scotland aligns well with Creative Scotland’s objectives to support excellence and experimentation, and build audiences and their enjoyment of the arts.

We at EventScotland see it as the next major event in the country’s cultural portfolio and will look to the economic impact generated by visitors and the global profile generated by the show to highlight Scotland’s credentials as a destination.

On top of these objectives we have a set of shared goals, which we will all work towards over the course of the next 12 months. We want to make sure the presentation of the Turner Prize in Scotland is a success and that we offer artists, curators and audiences the opportunity to engage with the best of British visual art at the iconic Tramway.

There is a breadth of experience and creativity throughout each organisation, which is brought into the delivery model through key teams, starting with the steering group. Led by Sarah Munro, Glasgow Life’s Head of Arts, the group involves key figures from each organisation. We also have a communications group, made up of lead marketing and PR staff from all partners. This is a vital team for us, as so much of what we want to achieve is led through attendance and engagement. Tate is an invaluable partner too and is represented at all levels in our planning. As the owner of the award, it has years of event-specific expertise that we will integrate into our delivery for 2015.

Our plans for the show are ambitious and there will be no doubt that the prize is in town come autumn next year. Each partner has strong existing audiences and networks, which will be used to promote attendance, and we will also be actively looking to engage audiences outside Scotland. We will need to wait until the middle of next year before we know the shortlisted artists for the prize, so our initial focus will be on the prize itself – its significance, its role in how Britain perceives contemporary art and the important links with the city of Glasgow.

Over the past 30 years, Glasgow’s relationship with the prize has been clear with a number of School of Art graduates and city residents featuring among the nominees and winners (including this year’s winner Duncan Campbell who has a studio in the city). Hosting the show will significantly boost the international role and visibility that Glasgow’s contemporary visual arts hold; and the respected position of Tramway for the quality of its exhibitions, alongside its strong reputation for artistic production and artist liaison.