Theatre on the ground

What are the issues facing community theatre today? The National Operatic and Dramatic Association can name quite a few of them... 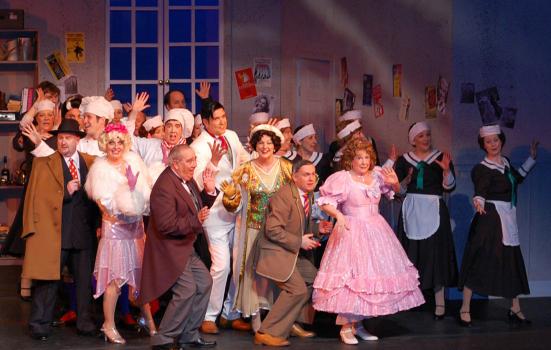 British theatre bathed in the warmth of the world’s gaze this summer. Danny Boyle’s now famous Olympic opening ceremony paid tribute to the immortal words of William Shakespeare from ‘The Tempest’. Legendary actor Kenneth Branagh was the star on the night, and the stage was arguably the grandest of them all. It is hard to think of a time when theatre has seemed more sensational.

Somewhere between the red tape and paperwork there are actors, stage crews, production teams and others creating that little piece of magic

At the grassroots level though not everything is quite as glamorous. Amateur theatre has always had to cope with stereotypes and what some would call unfair comparisons to the more mainstream arts, and community theatre is faced with some tricky issues when putting on a show.

• Financial sustainability: It might seem obvious but people just do not have as much money to play with any more. The cost of putting on a show can be enormous, ranging from modest village hall productions that can cost from £500 to £2,000, all the way up to the dizzy heights of £100,000 and beyond for some of the much larger amateur companies. It is not hard to see why between two-thirds and three-quarters of all productions are running at a loss. (These statistics are from our own research among more than 220 societies in January 2010.)

• Audience development: How do theatre groups get people to watch their shows? This is absolutely vital as the money raised in ticket sales goes a long way to covering production costs. They are always guaranteed a certain number of ticket sales through the friends and family of those involved, but how do they promote events to the person on the street?

• Keeping with the times: Traditionally, marketing a show would be done through a mixture of leaflets, flyers, posters and word-of-mouth. While these are still efficient and effective ways to get an event out there, over recent years social media has emerged as a fresh way to reach a wider audience. Facebook has a handy feature that allows events to be shared among networks, meaning events can gain exposure like never before.

• Getting young people involved: Voluntary societies are actively pursuing younger members at the moment. This brings a whole host of positives with it, such as higher membership numbers, access to the digital generation and a fresher approach. Again though, the question that has to be asked is how? How do amateur groups get young people involved? Engaging with younger people through the Internet is not a guaranteed fix but it will go some way to injecting a sense of vigour.

• Changing legislation: Just when you think you have got your head around a piece of legislation, it changes. This creates a minefield for those wanting to put on a show for the public. Whether it is health and safety, child protection or statutes on discrimination and equality, amateur theatre companies have to adapt to ever-changing regulations. This can lead to difficulties in all aspects of the production (not least the budget).

Sometimes it seems that the performance is only half the job when staging a production, but somewhere between the red tape and paperwork there are actors, stage crews, production teams and others creating that little piece of magic that captivates audiences in even the most humble of surroundings. How can amateur groups and societies keep this magic alive? To quote Tony Gibbs, Chief Executive Officer of the National Operatic and Dramatic Association: “If you always do what you’ve always done, you’ll always get what you’ve always got.”